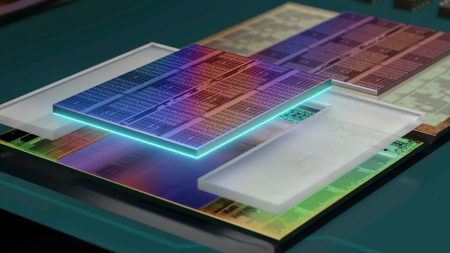 The Chips and Cheese resource tested the latency of the AMD EPYC 7V73X processor (Milan-X family) with 3D V-Cache cache. In the future, the same technology will be used in mainstream Ryzen processors. As such, the results are likely to portend changes to be expected from future processors such as the Ryzen 7 5800X3D.

Based on Chips and Cheese testing results, 3D V-Cache has minimal impact on cache and memory latency. In the case of AMD EPYC 7V73X, L3 delays increased by 3-4 cycles, and memory latency decreased. And this is a very impressive result, considering that the amount of L3 cache in the EPYC 7V73X (768 MB) has increased 3 times compared to the EPYC 7763 (256 MB). At the same time, it is noted that although the Milan-X family chip has a lower clock frequency compared to Milan, it shows a better result when increasing the frequency, which eliminates the increase in 3D V-Cache delays.

Why working in IT will remain interesting in the future

Apple releases iOS 15.5 and iPadOS 15.5 updates for everyone

Apple releases watchOS 8.6 for everyone