DOU.UA: what salaries do Ukrainian IT developers receive in the winter of 2022 – Aroged 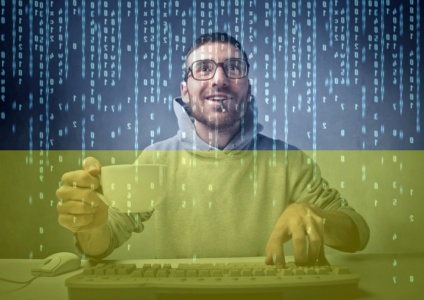 Ukrainian profile resource DOU.UA conducted another salary survey of IT developers in December, which was attended by 8,005 Ukrainian professionals. This half-year was a record year in terms of wage growth, especially for experienced professionals.

The median salaries of architects have crossed the $ 6,000 mark, the Senior Java salary has increased by $ 800, but the highest median among Scala developer programming languages ​​is still $ 5,300. All salaries are in US dollars after taxes (“net”). 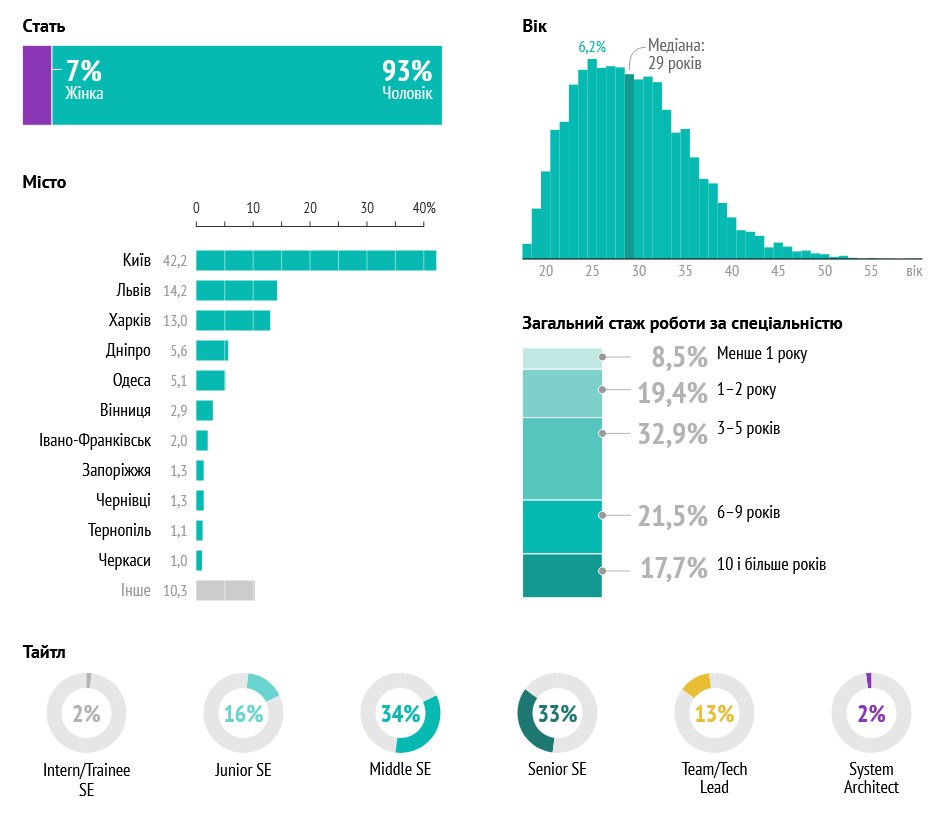 The geography of respondents has not changed significantly in six months: 42% of developers still live in Kyiv. Next are Lviv (14%) and Kharkiv (13%). The median age is the same – 29 years. The share of women among developers is still low – only 7%. Most of the respondents are experienced specialists at the middle level and above. JavaScript as the main programming language is still the most popular today. But its share has decreased slightly over the past six months (by 3 percentage points). This is followed by C # / .NET and Java (15% each). TypeScript equaled PHP (almost 11%). 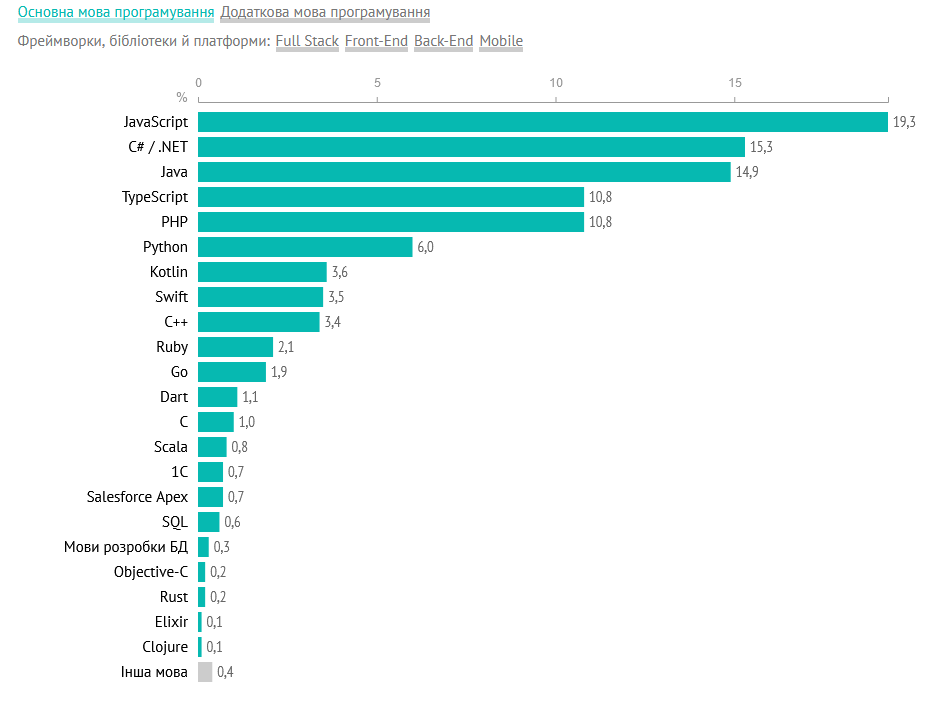 Junior salaries are almost independent of specialization (a difference of about $ 50). The median salaries of the backend and frontend areas were almost equal. This time the leaders are desktop: Senior – $ 5000, Middle – $ 3200, Junior – $ 900. Senior Embedded also has a high median salary of $ 4,900. For all other specializations there is no significant difference in medians.

Senior developers earn the most in startups: the median is $ 5275. For comparison: in outsourcing, the median salary of a senior is $ 4225. For juniors, it doesn’t matter which company works based on salary: the median ranges from $ 900 to $ 1,000. The situation is similar with medals: the difference is about $ 200, depending on the type of company. 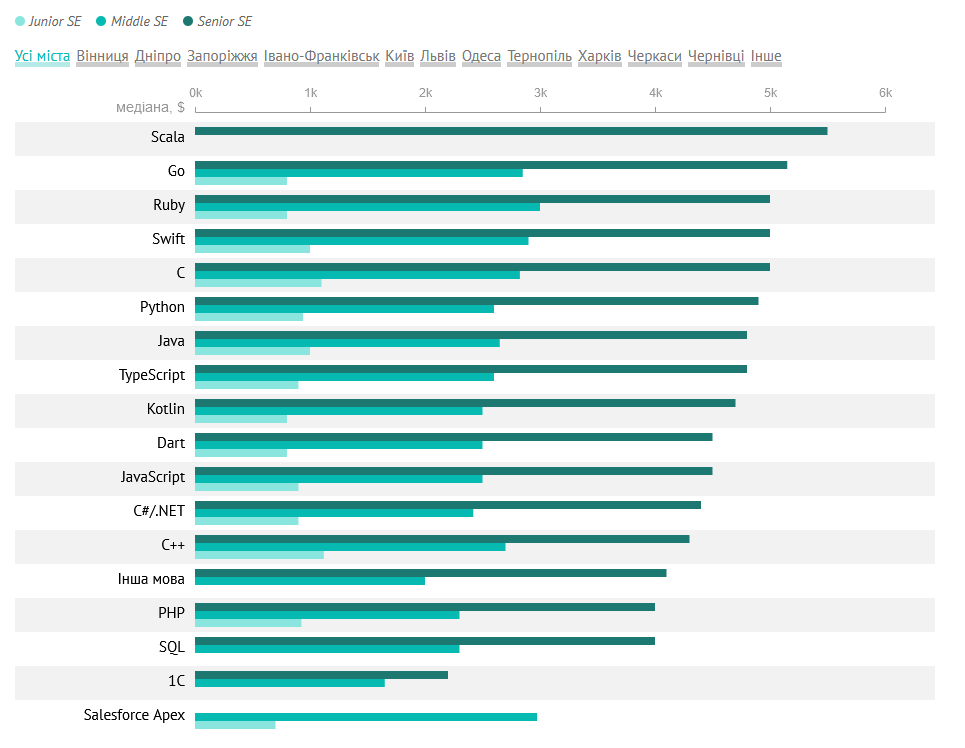 Thus, the dynamics of salaries in programming languages ​​is as follows.