In the foreseeable future, Nvidia, together with AIB partners, will bring the GeForce RTX 3090 Ti graphics card to the market, which will lead the Ampere family of 3D accelerators. Against the background of the already familiar GeForce RTX 3090, the new product stands out not only for its greater performance, but also for its high power consumption. Passport level TGP (Total Graphics Power) will be 450 watts. In the case of models from AIB partners, this parameter will be even higher.

In the Micro-Star International range, one of the top modifications of the GeForce RTX 3090 Ti will be the Suprim X. This video card will receive a good factory overclock with a GPU boost mode frequency in the region of 1880-1900 MHz and is equipped with three 8-pin additional power connectors. The nominal power consumption of the GeForce RTX 3090 Ti Suprim X is an impressive 480W, while MSI recommends using 1000W power supplies with it. 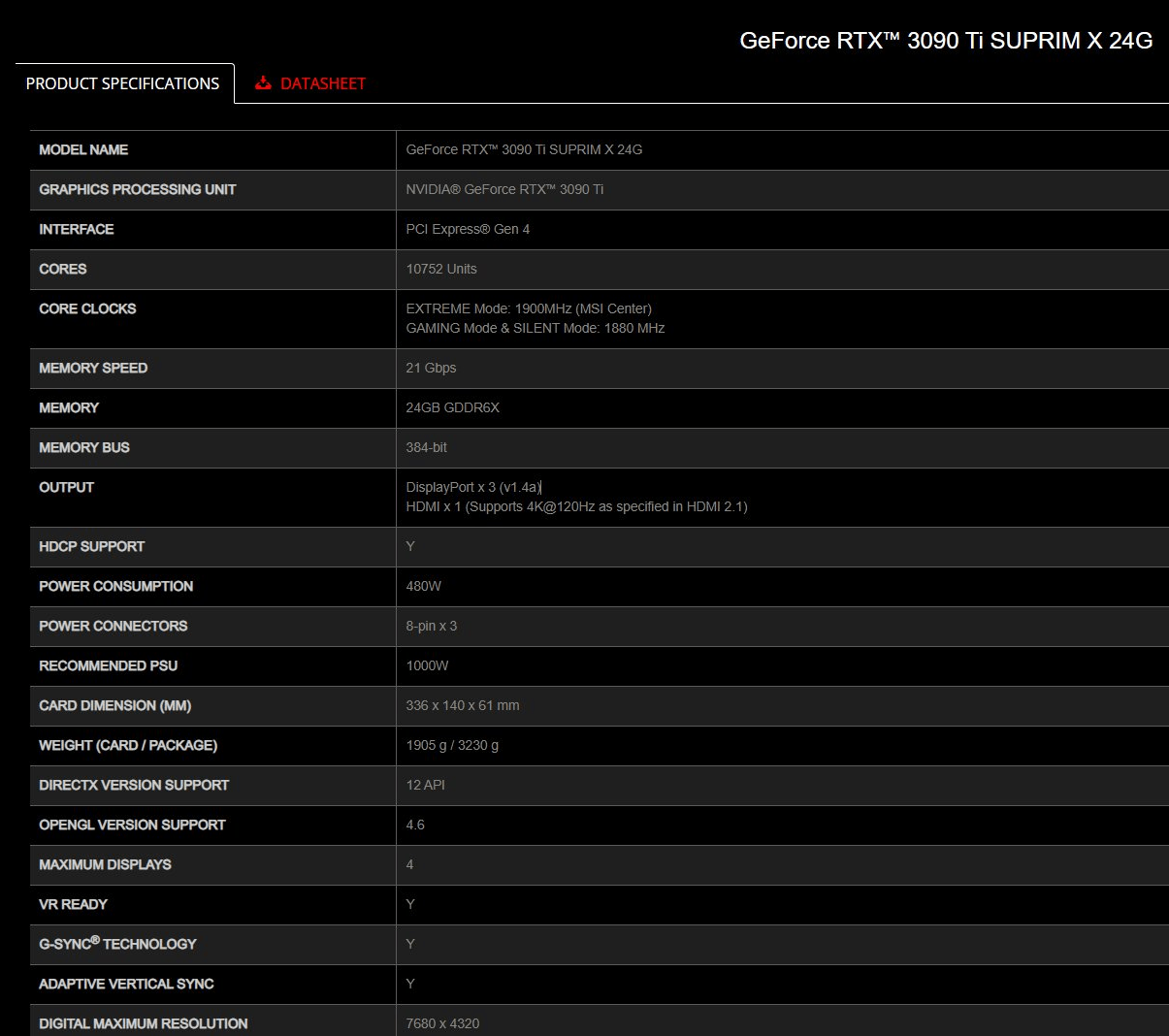 Official sales of GeForce RTX 3090 Ti cards were originally supposed to start at the end of this month. Amid reports of firmware and hardware issues with the new graphics card, Nvidia is likely to delay its release.