Finally, Shadow Man Remastered is also available for consoles. Nostalgics remember the Akklaim classic from 1999. The clunky polygonal look or the clunky animations were less convincing than the dense atmosphere and outstanding soundscape. On top of that, the figures in the German version received the voices of well-known voice actors for Hollywood greats such as Whoopi Goldberg, Jack Nicholson or John Goodman as well as our favorite extraterrestrial Alf (Tommi Piper). Since mid-January 2022, console owners for PS5, PlayStation 4, Xbox Series X, Xbox One or Nintendo Switch have also been able to enjoy the souped-up voodoo horror adventure. But the developers at Night Dive Studios forgot one important detail: the map of the game world, which was included with every version at the time.

This map will help you for a rough orientation in the realm of the dead. 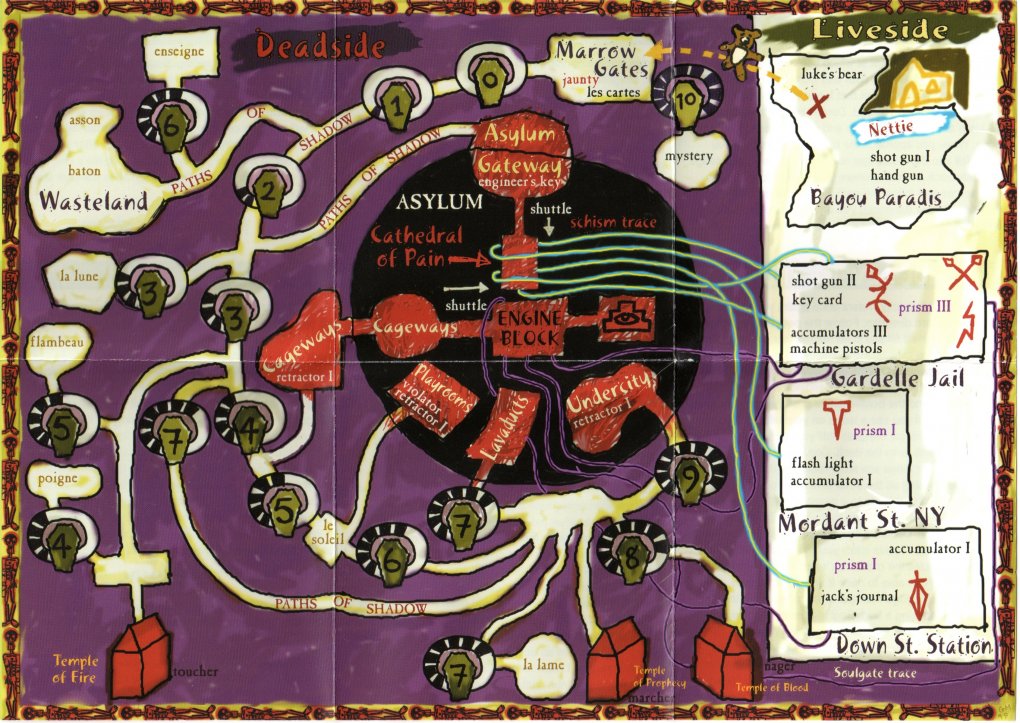 Admittedly, the map doesn’t offer much, but it does give you an overview of which shadow gates you’re walking through in the gigantic game world and where you are. Simply call up the map on your smartphone or print it out – just like back in the youth room at the turn of the millennium. The remaster offers a higher resolution and even a few new levels. However, animations and clunky characters are still there. The game is therefore only recommended to a limited extent for newcomers. Did you play the adventure back then? Do leave us a comment.

God of War: PC version is delighting players on Steam