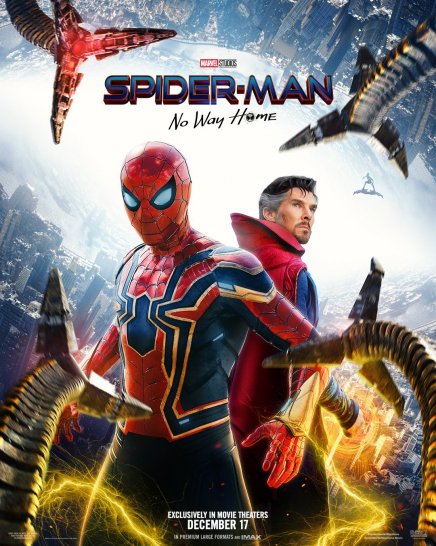 Since the release in December of last year der Marvel-Blocbbuster Spider-Man: No Way Home Number 1 in the cinema charts in many countries around the world. Despite the global corona pandemic, the superhero film was even able to break the one billion dollar mark in sales. But at least for the time being, this reign seems to be over.

Who is the new number 1 in cinemas?

Celebrated in the US recently the reboot of the horror film series Scream made its debut in cinemas and went straight to number one in the charts. On the first weekend, the slasher film Flush $30.6 million into the coffers and thus oust Spider-Man: No Way Home from the throne.

The Spidey adventure “only” made $20.8 million in the same period, which is still enough for second place. The animated film Sing 2 followed far behind in third place with sales of just 8.3 million dollars. Here is an overview of the current top 10 from the USA:

What can you expect in the new Scream movie?

The story takes place 25 years after the first events in the town of Woodsboro, where suddenly a serial killer with the famous mask is up to mischief again. In addition to a few new faces, many familiar ones like Neve Campbell in the role of Sidney Prescott and Courtney Cox as Gale Weathers-Riley back. This time directed by Matt Bettinelli-Olpin, who previously made a name for himself with Ready or Not, among other things.

02:14
Scream 5: Ghostface returns in the first trailer for the slasher film

The creators of the anime "DOTA: Dragon's Blood" showed Lina from the second season of the series