According to El Salvador President Nayib Bukele, the country’s authorities purchased 410 bitcoins worth $15 million, taking advantage of the fall in the value of the cryptocurrency. “El Salvador just bought 410 bitcoins for only $15 million”, — Bukele wrote last Friday. He stated that “some guys are selling bitcoin very cheaply”. 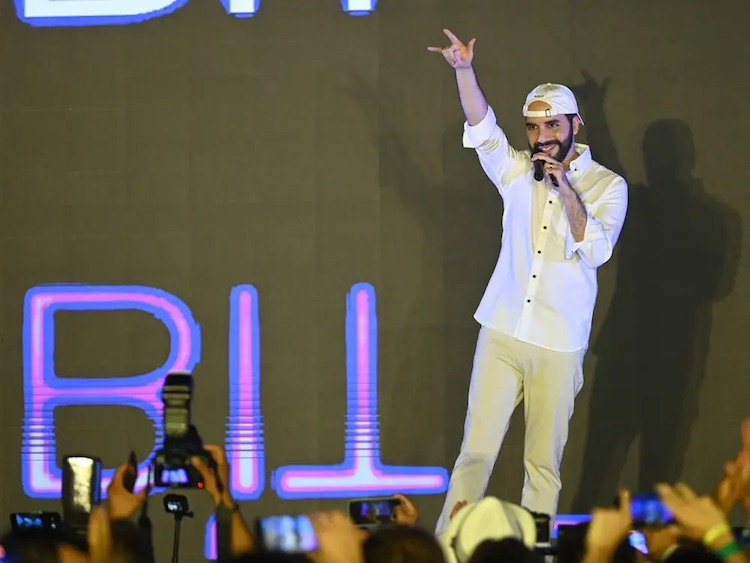 El Salvador last year became the first country in the world to accept bitcoin as legal tender. The President of this country mentioned the sharp decline in the rates of cryptocurrencies, which hit the digital money market hard in January, saying that he did not miss the opportunity to seize the moment.

Recall that Bitcoin has fallen by 32% over the past month. To date, the value of the cryptocurrency has more than halved from its all-time high of $69,000 in November last year. Bitcoin began to fall in price against the backdrop of a general decline in investor interest in risky assets. The cryptocurrency continued to lose value after Bukele’s statement, and at the moment they are asking for about $34,000 for one bitcoin.

After buying 410 bitcoins on Friday, El Salvador had more than 1,500 bitcoins, according to CoinDesk. This year, the country plans to issue a ten-year $1 billion bitcoin bond. The President of the country is a well-known cryptocurrency enthusiast and this is not the first time he has purchased cryptocurrencies at the time of the depreciation. In November 2021, he bought 100 bitcoins when the price of the token sank 7.7%.

Netflix: Universe of Squid Game is just getting started!

Weird West: shootings and werewolves in the new video of the Lovecraftian western RPG