9to5Google: Google’s foldable smartphone will be called Pixel Notepad and will cost around $1,400 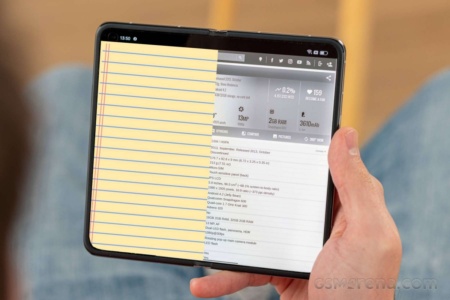 How informs 9to5Google, Google’s upcoming foldable smartphone will be called the Pixel Notepad, not the Pixel Fold as previous rumors have claimed.

It is noted that the Pixel Notepad will look more like the Oppo Find N model, and not the Samsung Galaxy Z Fold3. It will be shorter and wider, not too tall.

In terms of specs, the Pixel Notepad will continue to use the Tensor processor that previously debuted in the Pixel 6 line of smartphones. However, Google engineers decided to ditch the 50-megapixel Samsung GN1 sensor available in the Pixel 6 as it was found to be too thick for the design. devices. Instead, it was decided to use the good old 12.2-megapixel Sony IMX363 sensor, which served faithfully in the Pixel 2, 3, 4, and 5 lines. Also reported is the presence of an ultra-wide-angle module based on a 12-megapixel Sony IMX386 sensor and two 8 -megapixel modules Sony MX355 for self-portraits. Most likely, one of them is located on the outer side of the case, the second – on the inside.

Google is expected to launch its Pixel Notepad foldable smartphone on the market before the end of 2022. According to preliminary data, the price of the device will be about $1,400, which is $400 cheaper than the competing Samsung Galaxy Z Fold3.

Dying Light 2 between expansions and free DLCs: here is the infographic on post-launch content