Elden Ring: Meant to be less stressful but no less difficult

Players of “Elden Ring” shouldn’t expect a level of difficulty that is too easy. At the same time, From Software also wants to ensure that you don’t get stressed out in the fairly large game world.

A few weeks before the launch of “Elden Ring”, producer Yasuhiro Kitao took the opportunity to talk in more detail about the role-playing game from From Software in a video. During the presentation, he revealed, among other things, that the game should be less stressful compared to previous projects by the studio, without the difficulty level suffering as a result.

“Because the world of the game is so big, it can add real depth and breadth to the gameplay, but it can also create unnecessary stress for some players,” said Kitao. “The development team was very careful to avoid this as much as possible, especially because the enemies are so strong.”

So the challenge was to place the enemies in a way that would keep players interested while still providing a low-stress experience. “This also applies to the distribution of items and the events in the game. Fine-tuning of these placements and timings continued to the end,” the producer continues.

Times of day should not be pressurizing

The creators also wanted to avoid making strong variations in the choice of opponents depending on the time of day. There was a concern that changing opponents for all times of the day would put some kind of pressure on players to play the game at different times. It was felt that the players could do without this stress.

Kitao also stated that given the size of the map, From Software had to allow tight respawning in the most difficult areas of “Elden Ring”. 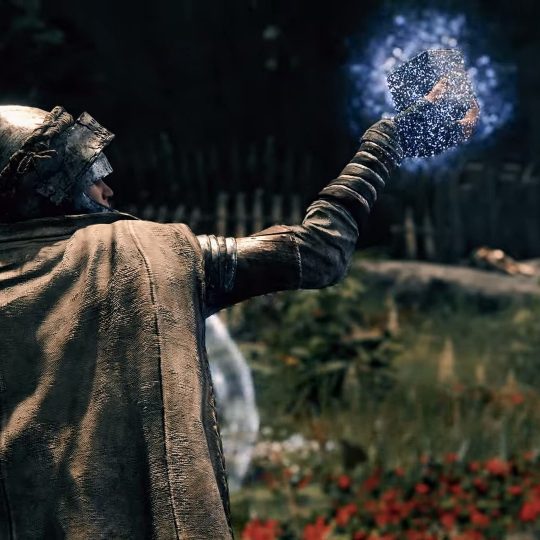 “Because the map is so huge, it can become an unintended burden for the player to travel back to collect runes after death. For this reason, we have identified a number of difficult spots, locations with many enemies or powerful opponents, as points where many players die and have to start the challenge again.”

As a player, you can choose the option to respawn at these locations very close to where your character died. This type of measure is another example of the team’s efforts to implement systems that alleviate player stress caused by the size of the game map.

The implementation of horses and their ability to travel on air currents should also reduce stress in “Elden Ring”: “Horses offer a stress-free method to cover the large distances that the player has to travel in the game. This system was introduced to quickly and comfortably move up vertically to explore the higher ground.”

When designing Elden Ring, From Software ultimately wanted to create a world that would help inspire players to explore. At the same time, enough surprises should be offered. The title will be released on February 25, 2022 for PC, PS4, PS5, Xbox One and Xbox Series X/S. You can find out more about the game in our Elden Ring overview.