The Gamers Galaxy Dubai lower bracket match between Nigma and Boom was watched by 244 thousand people at the peak. This is a tournament record.

The Escharts website has summed up the broadcast of Gamers Galaxy: Dota 2 Invitational Series Dubai 2022.

The most watched match was the confrontation between Boom and Nigma in the final of the lower bracket. At its peak, 244,000 spectators watched the game. The game between Boom and Team Spirit was in third place with a score of 178.5 thousand people. 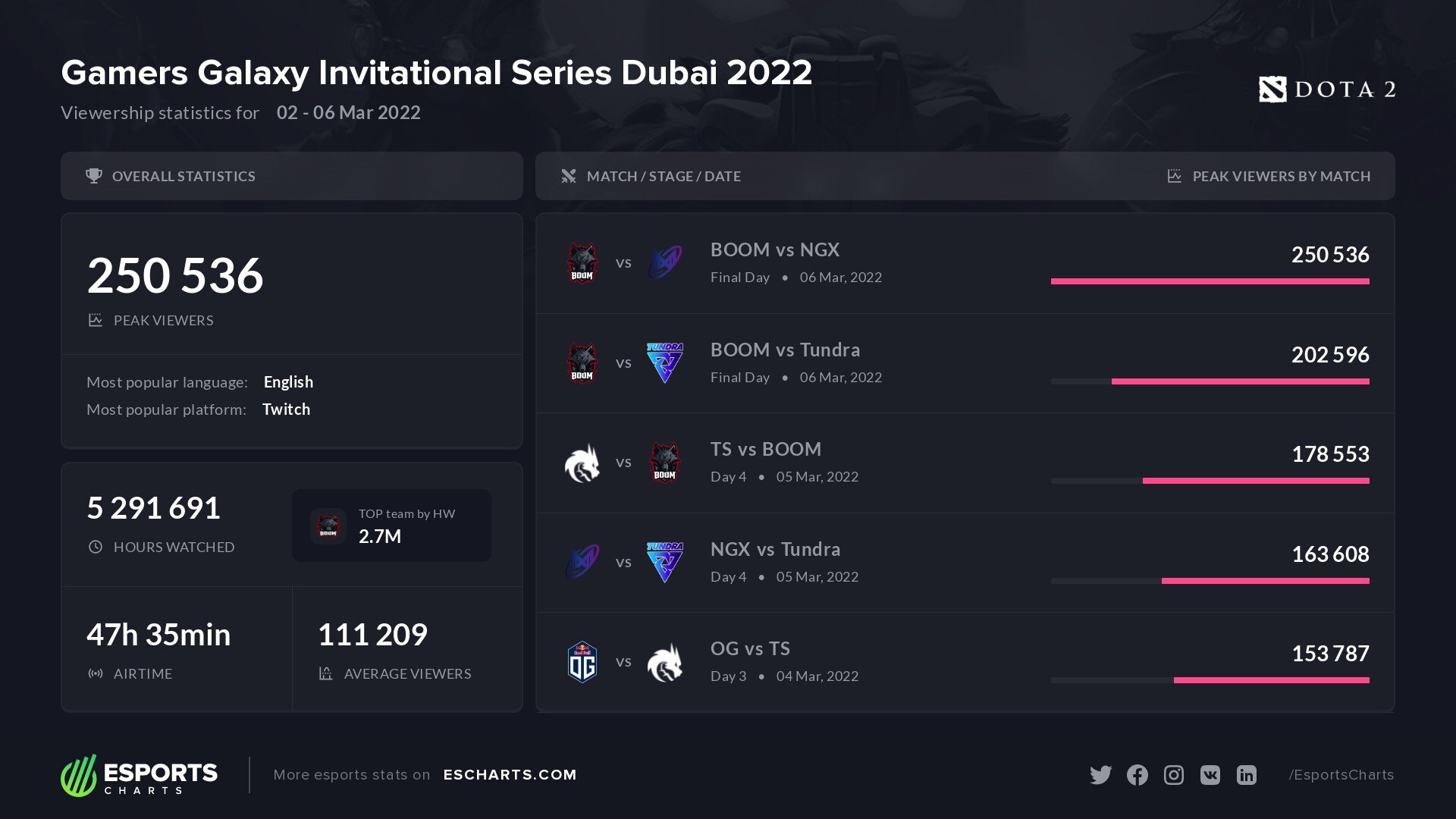 Escharts data does not include Chinese viewers.

Learning the language of Dota demons: cursing opponents and giving orders to teammates

Vivo will present a unique novelty in its portfolio in April

War in Ukraine: sales suspended in Russia for Take-Two, Rockstar and 2K Games