If you want to save the money for a new, larger television and still want to have the impression of a larger TV picture, there is now a solution: Ambilight for retrofitting. With its immersion kit, the provider Govee LED ensures that the color of the screen is synchronized with a light strip attached to the back of the television, so that the image is subjectively perceived as enlarged. So the picture of a 55 inch TV feels like that of a 65 inch TV – and that of a 65 inch like that of a giant TV over 70 inches. Film evenings with James Bond, sports broadcasts, but also gaming sessions with Gran Turismo 7 are even more fun. And at a great price-performance ratio – i.eThanks to a discount campaign, the Govee Immersion Kit is currently available on Amazon for 70 euros.

The Ambilight for retrofitting Govee LED uses a 1080p ColorSense camera that captures the colors on the TV or monitor and applies them with lighting effects on a lightstrip, of course in real time. Govee Immersion thus ensures a more intensive gaming or film experience and a subjectively perceived enlargement of the TV screen. 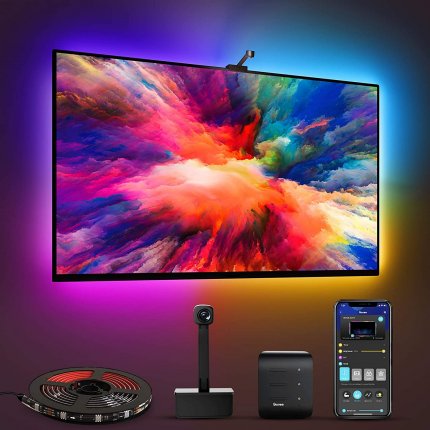 Govee Immersion’s self-adhesive LED strip is attached to the edges of the back of the TV. Included are 2x 70 cm and 2x 120 cm, which is perfect for 55 inch or 65 inch TVs. The ColorSense camera, which is also included, is attached to the TV frame or placed in the middle under the TV. The LED strip can be controlled with the Govee Home app, voice control via Alexa and Google Home Kit is also supported. With 12 scene modes, you can set how calm or dynamic the lighting effects should appear, as well as the brightness. Thanks to the integrated microphone, there is also a music mode with which the smart LED strip lights up after the sound of the TV.

Also worth reading: PS5 competition: Here you can dust off the Playstation 5 for free 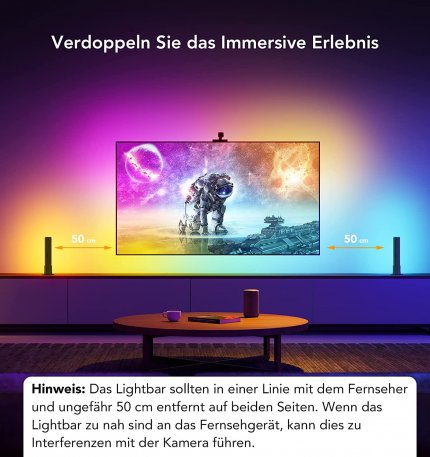 There is an alternative for smaller screens from 27 to 45 inches, namely the Govee Flow Pro Lightbar. You don’t attach a light strip here, but place the two included LED light bars next to the monitor or television, otherwise the whole thing works just like the Immersion LED Strip thanks to the ColorSense camera. Again, there’s real-time sync, 12 preset modes, music mode, and voice control. Amazon also offers the Govee Flow Pro Lightbar at a reduced price, namely for 71.24 euros instead of 74.99 euros with a 5% discount voucher). 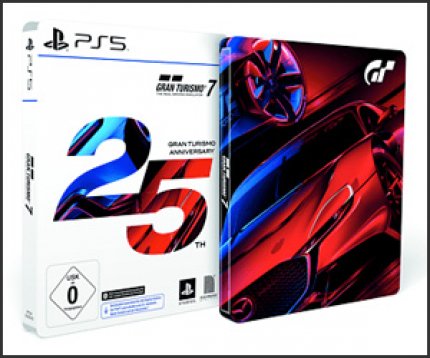 Gran Turismo 7 will be released on March 4th in a chic GT7 25th Anniversary Edition with numerous goodies to celebrate the 25th anniversary of the Gran Turismo series.

25 years of Gran Turismo – Sony is not only celebrating this anniversary of the most successful Playstation original series with the release of Gran Turismo 7 on March 4th, but also with a special edition. In addition to the game disc, the noble Gran Turismo 7 25th Anniversary Edition for PS4/PS5 offers a steel book case, the soundtrack, 1,100,000 credits in the game, a download code for Gran Turismo 7 PS4 and much more. Our Gran Turismo 7 review is here!

You can find more top offers in our Daily Deals, which are updated daily: graphics cards, motherboards, gaming monitors, gaming mice, gaming chairs, televisions, gaming highlights and many other products for PC and console gamers from Amazon, Media Markt and Co .at often greatly reduced prices.

Rumors: OnePlus Nord 3 smartphone may get an almost flagship Dimensity 8100 chip and a 6.7" display