Lucid admitted that it will also be forced to raise prices for electric vehicles, but will not repeat the mistakes of Rivian

Towards the end of last year, Lucid Motors began deliveries of the debut Air series of electric vehicles in the $169,000 Dream Edition package, which provides a range of 836 km and a power plant with 1,111 horsepower. The head of the company is aware that in the future it will be impossible to do without raising prices, but the bitter experience of competing Rivian has taught her something in this sense. 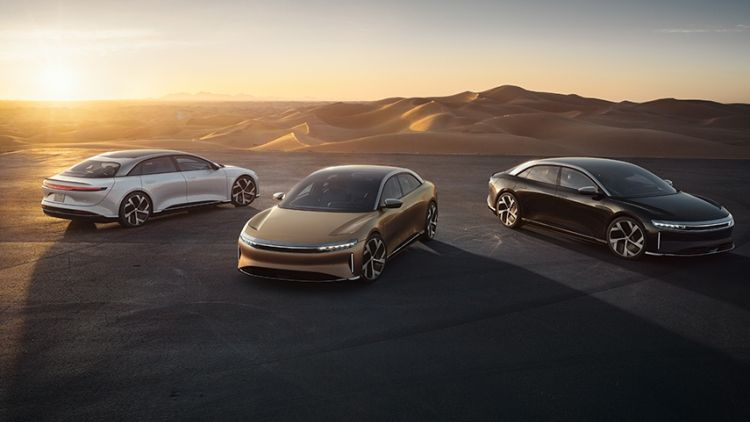 Recall that the manufacturer of electric pickups and crossovers, Rivian, has increased prices for newly ordered cars by 17-20% since March 1, and initially the price increase also applied to pre-order customers whose electric vehicles have not yet been released and shipped. Faced with outrage from customers and a sharp drop in the company’s capitalization, Rivian management was forced to roll back prices for those who managed to place an order before March 1st. Approximately half of the customers who opted out of pre-orders have since returned to the queue, with Rivian promising to keep them in the service sequence that was secured through March 1st.

The head of Lucid Motors Peter Rawlinson (Peter Rawlinson), whose words are referred to Reuters, at a recent industry event, made some announcements regarding the company’s pricing policy. As you know, Tesla, sensitive to market changes, has seriously raised prices for its electric vehicles twice in the US and three times in China over the past couple of weeks. As the head of Lucid admitted, on his part “it would be absolutely stupid to say that we will never raise prices”. As he added, the prices for future models of electric vehicles will inevitably have to be revised, since the cost of the same nickel, which is necessary for the production of traction batteries, has risen sharply after the start of the Russian special operation on the territory of Ukraine.

At the same time, Lucid Motors seeks to express gratitude to those customers who have already placed pre-orders, and for them the prices of electric vehicles of the brand will not rise. The example of Rivian’s demarche showed that such hesitation is perceived negatively by the market. In February, Lucid was forced to cut its 2022 production program from 20,000 to 12,000 to 14,000 electric vehicles. According to the head of the company, production volumes are not at all limited by electronic components or power plants – as a rule, everything rests on the supply of windshields, upholstery and some exterior elements. Lucid is not going to change the suppliers of these components, as this would lead to compromises in quality.

Lucid intends to produce traction batteries independently over time and already has the first prototypes of its own production of battery cells. In mass quantities, it is supplied with batteries from Samsung SDI and LG Energy Solution.

VP's first victory at the ESL Pro League, HR players became free agents, the second Dota Major will be held in the USA and other morning news