MSI GeForce RTX 3090 Ti Suprim X showed up in the images – the fastest, massive and voracious graphics card on Ampere

At the disposal of the portal video cardz there were images and full technical specifications of the flagship GeForce RTX 3090 Ti graphics accelerator performed by Suprim X from MSI. This is the most massive graphics card of the current generation of Ampere. 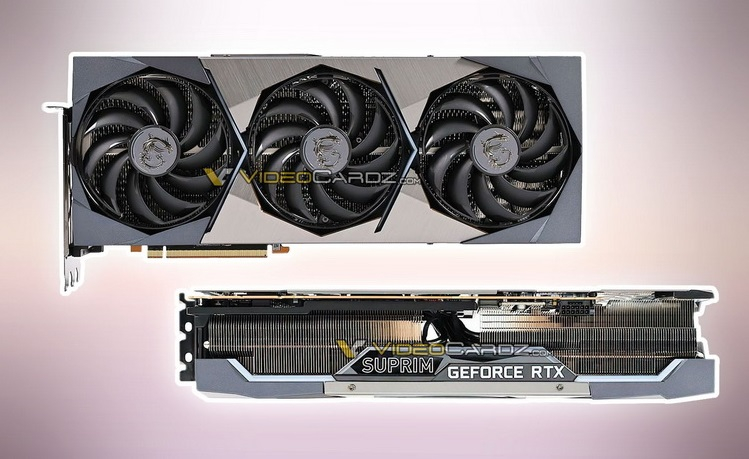 The novelty will take 3.5 expansion slots in the PC. Its weight is 2.1 kg, which is 200 grams more than the GeForce RTX 3090 model in the same version. MSI GeForce RTX 3090 Ti Suprim X built on the basis of the GA102 graphics chip, which includes 10,752 CUDA cores. The accelerator received 24 GB of GDDR6X memory in the form of 2-gigabit Micron chips (number: IZU47 D8BZC) with an effective frequency of 21 GHz. 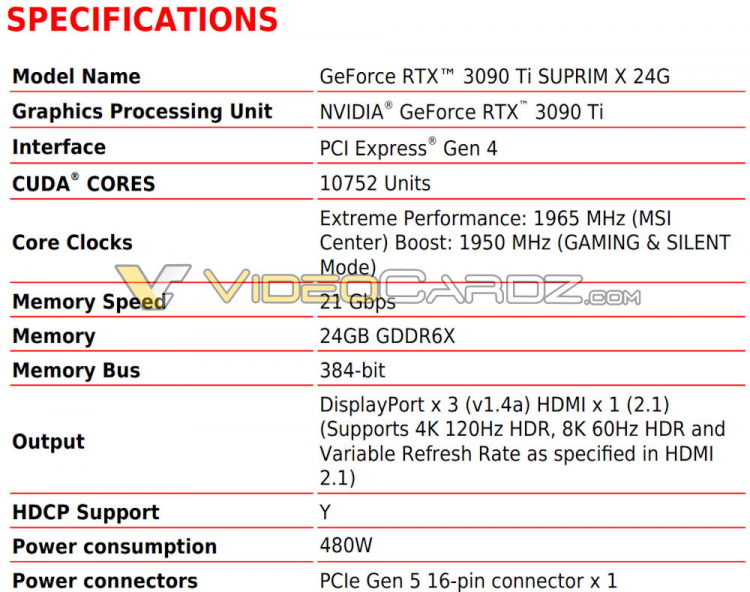 The manufacturer did not make any changes to the set of external interfaces of the video card. It has three DisplayPort 1.4a ports and one HDMI 2.1. However, now the accelerator is equipped with a three-slot metal connector panel.

The official announcement of the GeForce RTX 3090 Ti Suprim X is expected on March 29th. There is no information on the recommended price of the video card yet.