A Memoir Blue – on the waves of her memory. Review

Were playing on the PC

Right hand stroke, left hand stroke, kick, head turn, inhale, turn, push, head turn, exhale, it’s time to add. Snatch, arms work more powerfully, kicks more often, muscles all over the body tense to the limit, increasing the pace to the maximum, concentrating only on one’s track, touching. Finish. Victory. Again. I take my hands off the side and release my body into free swimming – and it slowly, unhurriedly plunges into the agitated, but still warm and so pleasant water of the pool. I fold my arms over my chest, bend my legs, and close my eyes. Hello Mom, I’m back.

Cloisters Interactive, the studio behind A Memoir Blue, is based in New York but registered in Taiwan. Cloisters Interactive declares not only the genre of the game (“interactive poem”), but also the theme (the relationship of the heroine, the swimming champion, with her mother) from the threshold – and moreover, even the end of the story is announced in the synopsis. Wild, isn’t it? But we are talking about a poem – after all, no one expects impressive plot twists from a poem. The essence of A Memoir Blue is exclusively in the interaction between the player and the game at the level of feelings, in those experiences that the associative series of the work evokes. 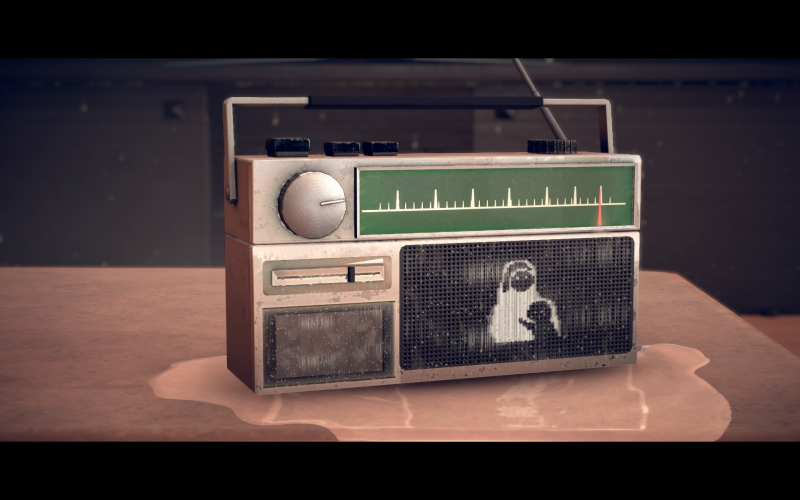 Tune in to the wave of childhood

And the poetic gameplay fabric is skillfully woven, even though A Memoir Blue is the debut game of the studio. Miriam, the heroine of the game, without any joy receives another gold medal and returns home, plunges into her thoughts, misses another phone call and falls asleep – and the story after her slips from reality into a dream.

We plunge after Miriam into her native element and, gradually diving deeper and deeper, at the same time we move in memories from earlier to later – sorting through old photographs, changing one transport for another (metro, ferry, train), re-living in long-abandoned places and, of course, meeting both her mother and herself. And all the while sinking into the depths – Miriam lost her footing obviously not this night, but much earlier. 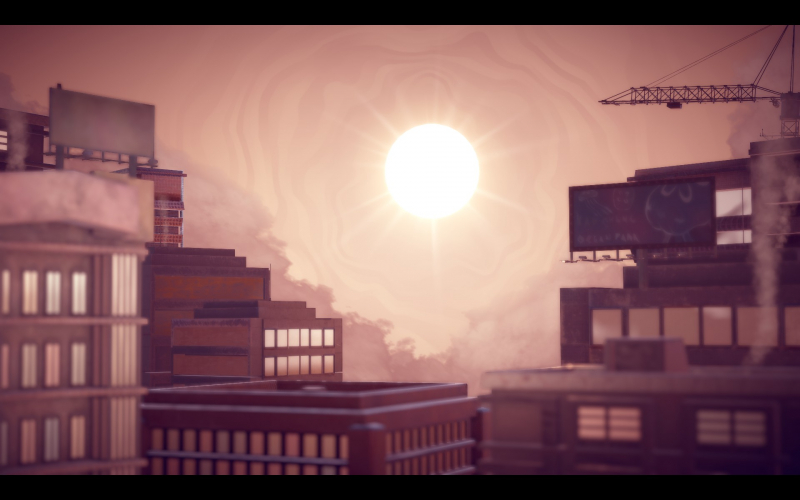 In this scene, we need to move the Sun itself, changing from day to night. Such is the demiurge simulator

Speaking about the game-poetry, we still need to decide on the genre – but in this case, not a game (it has already been announced), but a poetic one. A Memoir Blue is, of course, a symbolist creation. She moves from one metaphor to another, with long strides, and does not hesitate to constantly change the laws of interaction with the game world and mix two-dimensional and three-dimensional graphics for the sake of greater expressiveness – layers of “then” and “now”, torn in the mind of the heroine. 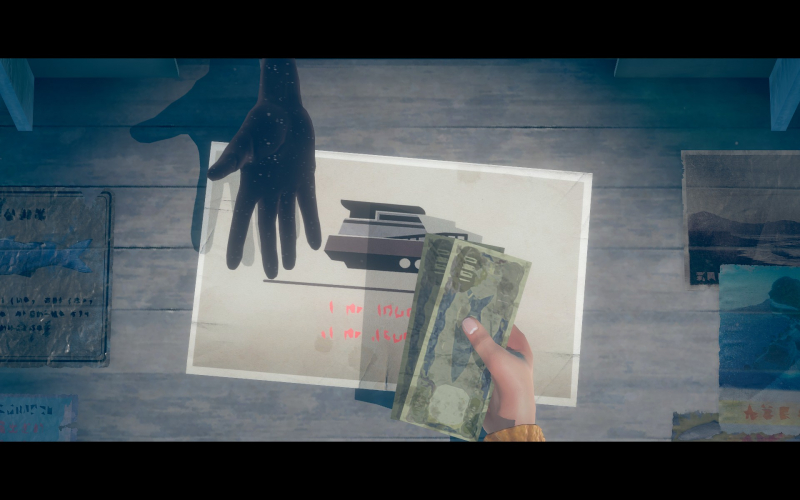 Giving money to a hand woven from darkness, you expect that now the poem will become a thriller – but this does not happen.

However, there is no need to seriously talk about interaction with the virtual world – A Memoir Blue actually plays itself, giving us control solely to maintain interactivity, which helps to identify ourselves with the heroine and live these events with her with greater emotional intensity than if we just watched an hour-long cartoon. But here we go into another correspondence discussion about the need full gameplay I won’t. We perform essentially the simplest actions: move the ice in a glass, press the buttons and pull the switches on the dashboard of the ship (and then just move this boat on a two-dimensional map from pier to pier), erase dirt from old photographs, drag things onto shelves and shake them off then from there – and so on. By the way, Miriam does not perform any of these actions herself – the episodes when we are given control into our hands occur independently of the characters. The player, roughly speaking, simply builds the scenery, paves the way and expresses emotions. Then the game takes control from us and shows small plot scenes. Our task is to set the pace, and A Memoir Blue rhymes on its own.

At the same time, in the end, the metaphors turn out to be quite simple – this is a journey through the objective world, in contrast to, perhaps, the closest game in terms of lyrical mood and theme, the beautiful Gris with its absolute isolation from reality. This can make A Memoir Blue seem rustic – and this simplicity has both its charm and an inevitable break with part of the audience. Despite the eternal theme (mother-daughter relationship, childhood resentment, acceptance of parents and their victims), it can be difficult to associate yourself with fairly specific things and characters. 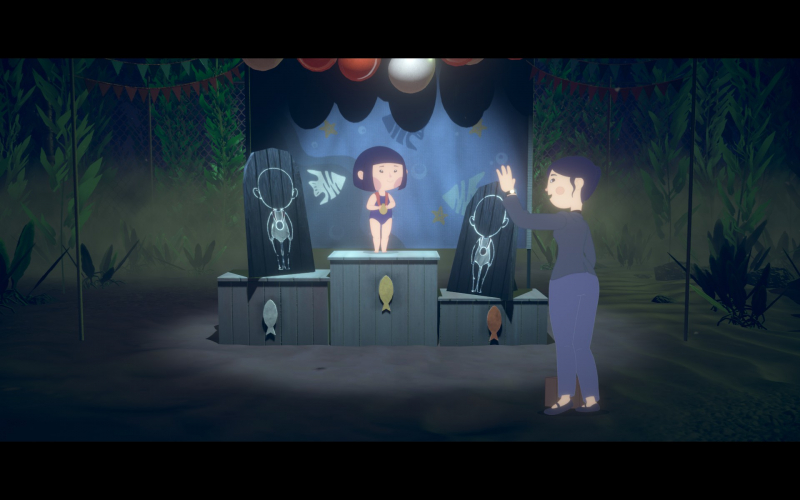 The beginning of a great but bleak career

Be that as it may, the poem at Cloisters Interactive turned out to be very beautiful. It works well rhythmically without getting off topic or dragging out scenes. The game is excellently designed and, which is very important for a debut work, it manages almost without technical flaws – the moments when the 2D figures of “mother and Miriam from the past” invade the 3D full-color world not only touch each time, but also create fertile ground for the final catharsis. And of course – since we are talking about an indie game – there is great music here: both background music and songs performed by singer IMOGEN.

An unusually short – the game can be completed in less than an hour – but a very solid and touching story about a journey deep into yourself and your relationship with your parents. Quite straightforward in content, A Memoir Blue is very elegant in form and execution. And if I compared Gris with a figurine made of the finest porcelain, then here I want to talk about a slight push in the back, moving the player, if not to a visit to a psychotherapist, then at least to the phone, where it is not so difficult to dial a well-known number.

Apex Legends: Rewards for leveling up are not always granted

Twitch: 2,400 people watched a streamer read silently for an hour

Dry Seed in Genshin Impact: People of the Valley of Life [достижение]