Power 1050 hp and a price tag of $ 179 thousand. Lucid has released an improved version of its most expensive electric car Air Grand Touring Performance – Aroged 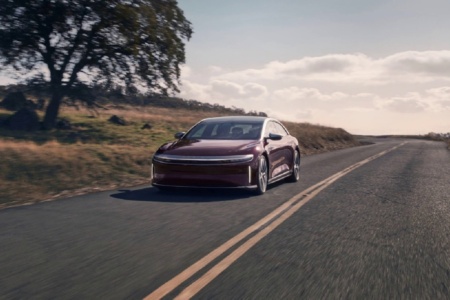 The new model is not really the most powerful Lucid Air – the Dream Edition has 1111 horsepower and all cars are sold out (a limited number were produced). The model was touted as the only mass-produced electric car to cover the quarter mile in less than 10 seconds in 2020, surpassing the then fastest Tesla Model S.

The Lucid Air Grand Touring Performance offers a top speed of 270 km/h and a 0-60 sprint time of 2.6 seconds. The car is able to drive 717 km without recharging.

The electric car will cost $179,000, which is $40,000 more than the standard Grand Touring model. Thus, this is the most expensive model of Lucid machines. First deliveries will begin in June (USA) and August (Canada).

QuakeCon 2022: dates revealed, it will be fully digital again