The James Webb telescope has cooled down to operating temperature (-267 degrees Celsius). The next step is the calibration of scientific instruments 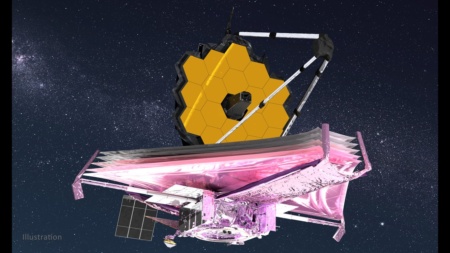 The James Webb Space Telescope continues to prepare for its main mission – to explore the depths of the universe. The NASA space agency announced its readiness to begin taking test images and aligning the telescope’s optics. This was made possible after the instruments reached their final operating temperature of -448 degrees Fahrenheit (-267 degrees Celsius) last week.

cool news! Webb’s MIRI instrument recently passed through its critical “pinch point” and cooled to just a few kelvins above absolute zero, which is the coldest you can go: https://t.co/jjE7xTal0O

The instruments of the James Webb telescope require such low operating temperatures in order to avoid the influence of heat and infrared radiation generated by electronic devices on research instruments. The low operating temperatures also avoid dark currentwhich can create false signals that make it difficult for a telescope to get an accurate picture of a celestial body.

The James Webb Telescope sent a “selfie” with 18 mirrors fully deployed and aligned, as well as a merged image of the star HD 84406

Kingdom Hearts 4, who is the mysterious narrator of the trailer? A clue from Nomura

Vehicles are back on Spawn Island in Call of Duty: Warzone