A Memoir Blue review – What was it?

Igrodely from Cloisters Interactive call their offspring, the game A Memoir Blue, “interactive poem.” For any interesting gameplay, you should not go here. Whether the project is able to offer something in return – we tell in the review.

A Memoir Blue is a game about family relationships: the main character has achieved many victories, won a huge number of medals and cups, which was a direct result of being raised by a single, ambitious and strict mother.

Having become a champion in the sports world, the girl failed to achieve success in her personal life, as evidenced by the interior of her apartment, filled with trophies and devoid of signs of the presence of other people. The authors send the player on a journey through the memories of the heroine to show the prerequisites and reasons that led her to such an outcome. 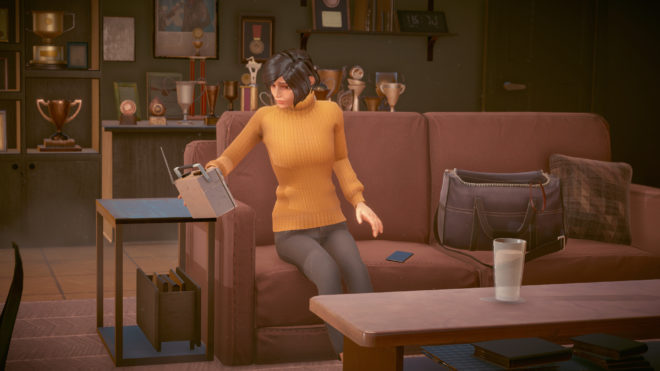 The story can hardly be called exciting, but it is in some way sentimental, vital and down to earth. For many gamers, the plot will feel close – who among us hasn’t felt the pressure of demanding parents? However, the catharsis here is so weakly expressed that after passing the game does not leave any emotions: like a movie that you watch in the background, minding your own business, because you know that it is not capable of capturing your attention entirely. 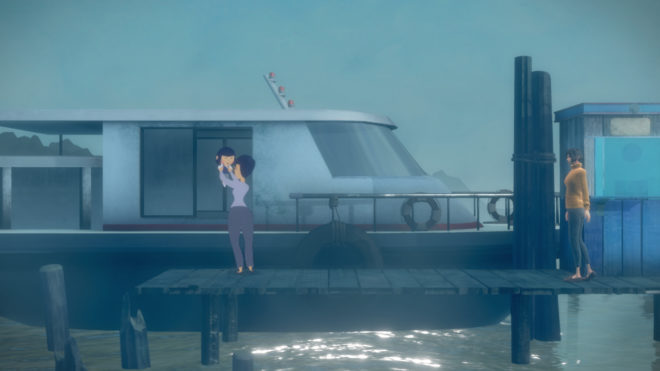 Not all is well with A Memoir Blue and with the gameplay. Firstly, it is very slow: if the main character were a little quicker, the game could be completed twice as fast – that is, somewhere in half an hour. The cut scenes are lengthy, and the girl’s movements are deliberately unhurried, and the player inevitably begins to yawn in anticipation of at least some action.

Secondly, the puzzles in the game are not only simple – they are so primitive that you involuntarily expect a catch: well, it can’t be that easy. The gamer is only required to click on interactive objects, and the most difficult thing here is to find those very objects. The game does everything else by itself, and it is very difficult to praise it for this semblance of gameplay. 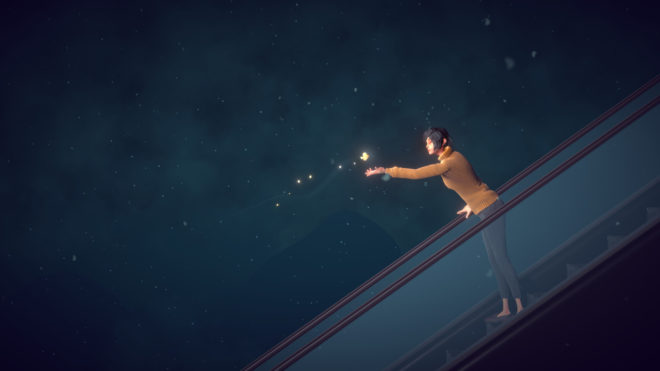 Of course, we have seen a lot of walking simulators and art-house games where the player is given minimal participation, but A Memoir Blue becomes the champion among them, offering to observe events from the side and only occasionally influence them. The game looks pretty but nothing more, and the beautiful soundtrack is limited to just a couple of songs. 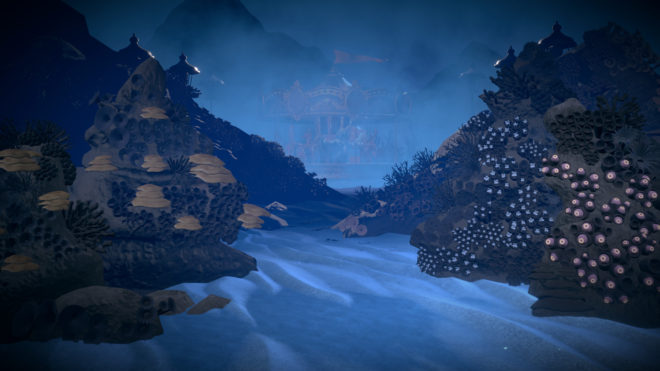 It’s hard to recommend a project. This is not an adventure that is remembered for a long time, and the gameplay provides very few opportunities. A Memoir Blue is worth considering only if you want to spend an hour watching a marvelous interactive story.

The game is very short