In December last year, information appeared that Microsoft was registering a trademark for Halo: The Endless. Then there were suggestions that the Halo series could be called that, but we can already conclude that these assumptions were incorrect.

One of the assumptions that players had at the time was that The Endless was DLC for the Halo Infinite campaign. At the moment, there is no confirmation of this, but Microsoft continues to register The Endless trademark in different regions. In particular, the players noticed that this trademark (without the Halo prefix) was registered in Australia in the “gaming software” section. 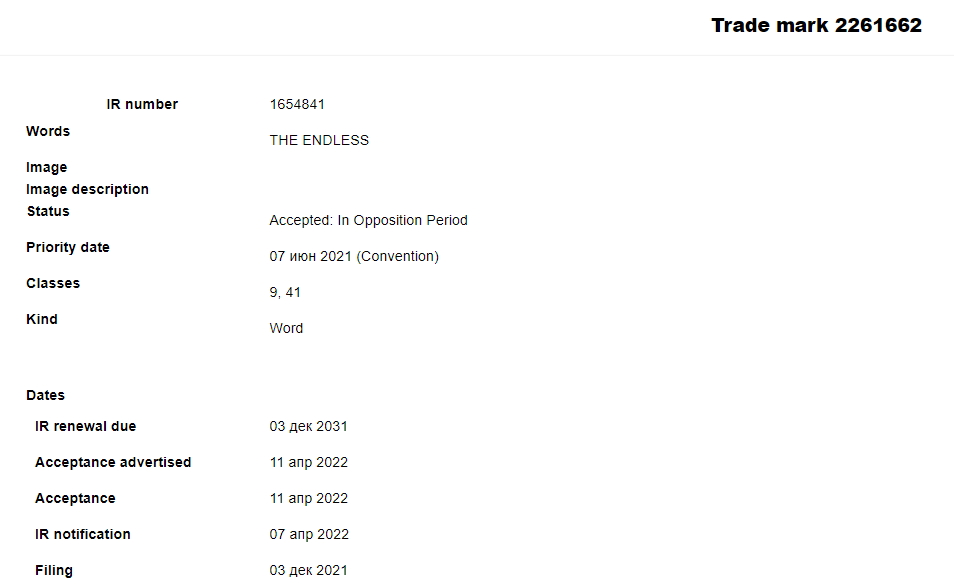 Recall that insiders are actively talking about the development of “Battle Royale” for Halo Infinite. Some players are speculating that this battle royale might be called The Endless.

Kitfox Gmes: Boyfriend Dungeon, Pupperazzi and other titles on sale for the publisher's nine years