State Special Communications Service: all citizens and businesses will be able to access Starlink after the completion of technology certification 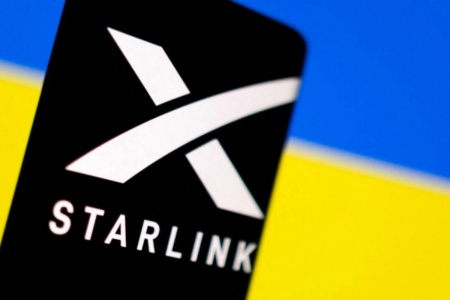 State Special Communications acted with a statement regarding the use of Starlink satellite Internet by the civilian population – the regulator assured that there were no artificial prohibitions and restrictions, and all citizens and businesses would have the opportunity to access satellite Internet after completing all the necessary procedures for certifying the new technology.

This clarification is a response to distribution in social networks premature conclusions about the potential restriction of access to Starlink for the civilian population. The reason was the mention of the Starlink ban for the public in a letter to the NKEK

The National Commission for state regulation in the areas of electronic communications, radio frequency spectrum and postal services – the former NCCIR and the orders of the National Center for Operational and Technical Management of Telecommunications Networks (NCU).

The State Service for Special Communications and Communications explained that the massive use of Starlink satellite Internet may partially affect the operation of the radio relay equipment of the Ukrainian military. Therefore, the use of terminals for accessing the network from SpaceX by consumers, except for critical infrastructure facilities, is limited. At the same time, there’s reassurance that this is a temporary measure – until the completion of all necessary checks and full certification of Starlink in Ukraine. After that, the technology will become available for mass use.

The exact timing of the full launch of Starlink in Ukraine is not known, but the State Service for Special Communications is already dealing with this issue and hopes to complete the checks in the near future.

This problem is temporary and is related to the novelty of technology from SpaceX. To remove these restrictions, it is necessary to carry out calculations and a number of studies that will demonstrate how the operation of terminals at the frequencies they use can affect the work of other users. After confirming the safety of using Starlink terminals, they can be allowed for mass use.

The order of the National Center for Operational and Technical Management of Telecommunications Networks (NCU) made it possible to use equipment for accessing satellite Internet at critical infrastructure facilities on which the normal functioning of the state and the lives of thousands of Ukrainians depend.

We are not talking about any artificial prohibitions and restrictions on using the Internet using Starlink. All citizens and businesses will be able to access satellite Internet after completion of all necessary procedures. The NCU and the National Commission, which regulates electronic communications, the radio frequency spectrum and postal services, are already carrying out relevant work and will complete it in the near future”‎

At the end of March, regulators

State Special Communications and NKEK rationed the use Starlink Internet by mobile operators. Since then, they have been actively using Starlink to restore communications in settlements that have undergone significant destruction due to shelling by Russian invaders. In addition to the Armed Forces of Ukraine and medical institutions, local governments, as well as Ukrzaliznytsia, Lanet and PrivatBank use the benefits of Starlink satellite Internet

In Ukraine, Starlink satellite Internet officially launched on February 26 – this happened after the Minister of Digital Transformation Mikhail Fedorov officially addressed on Twitter to SpaceX founder Elon Musk with a corresponding request. One hour SpaceX President Gwyn Shotwell toldthat at that time the team was already cooperating with the government and was close to obtaining a license to provide services in Ukraine.

Since the beginning of the war, Ukraine has received 5,000 Starlink terminals with a free data plan. Three-quarters of them were donated by SpaceX, and the rest was purchased by the US government. Now they provide high-speed Internet in cities across Ukraine (download speed of about 150 Mbps), including in regions that have suffered catastrophic destruction as a result of airstrikes and shelling by the occupying Russian forces.

Ukraine received 5,000 Starlink terminals with a free data plan. Three-quarters of them were donated by SpaceX, and the rest were purchased by the US government

In October 2021, the Starlink global satellite Internet exited the open beta testing phase, which had lasted since October 2020 – as of mid-November, about 140 thousand users in 20+ countries used the service and more than 750 thousand more were in the queue for the queue. The set of necessary equipment (terminal, mount and Wi-Fi router) costs $499, and the subscription fee for the service is $99 per month. The speed in the Starlink network varies from 100 to 400 Mbps, and in the long term SpaceX plans to provide 10 Gbps.

Elden Ring: Are you still playing it almost two months after launch?

Streets of Rage will become a movie from the creator of John Wick, Deadline reports