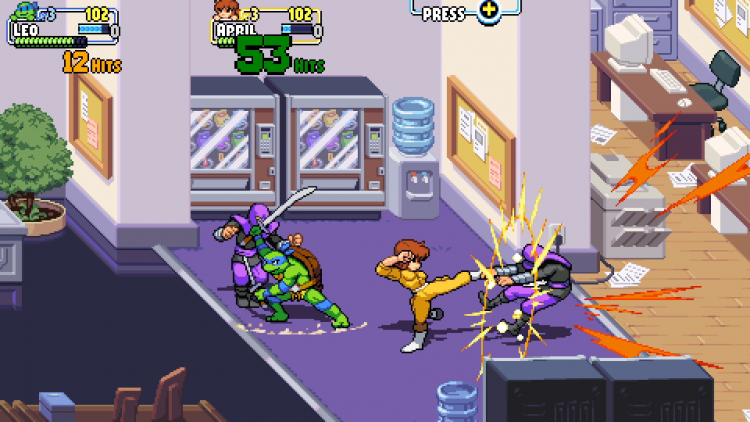 The video appeared on the IGN YouTube channel. The video captures the passage of the first two levels of the game. Cheerful runs through densely furnished offices with scattered documents, vending machines and computers with CRT monitors here are replaced by brawls in the open space.

Dirty streets with broken shop windows, a leaky fire hydrant, and overflowing trash cans are hallmarks of the second level.

AT separate note the IGN website also indicates that the voice acting of key characters was entrusted to the actors who gave their voices to the heroes of the animated series Teenage Mutant Ninja Turtles (broadcast from 1987 to 1996).

Teenage Mutant Ninja Turtles: Shredder’s Revenge is due out this summer on PC, PS4, PS5, Xbox One, Xbox Series X and S, and Nintendo Switch.

World of Warcraft Classic: will Cataclysm arrive too? It depends on the fans, says Blizzard