The display on the central panel in modern vehicles is increasingly reminiscent of a computer monitor in terms of aspect ratio and size, but not all automakers are ready to additionally take care of the ergonomics of interacting with it. In the new instances of the Tesla Model S, the display on the center console received an electric drive that allows it to be rotated around a vertical axis. 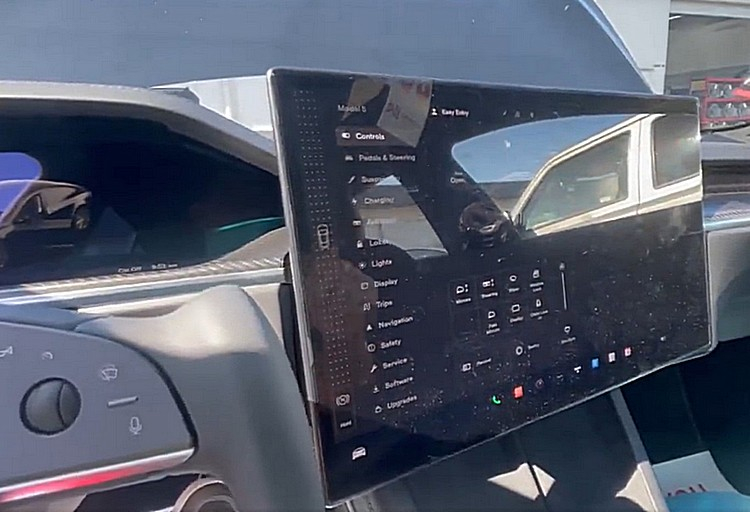 This function, as explained Electricdemonstrated in his video one of buyers Tesla Model S electric car. His car was assembled at the end of April, which suggests that the new interface functionality will appear in all Model S and Model X electric vehicles released in the vicinity of this date.

A servo, controlled by a touch menu on the display itself, allows the display to be turned towards either the driver or the front passenger. In this position, the inhabitants of the front row sitting in their seats will be more comfortable both reading information and interacting with the touch interface. Tesla was recently forced to turn off video playback while driving, even for the front passenger, not to mention the driver. As soon as the active driver assistance functions free the driver from the need to monitor the traffic situation, the ability to view the video can be unlocked.

It must be said that the function of adjusting the viewing angle for the center display is not something advanced by the standards of the industry. Tesla’s Chinese rivals are already offering displays that can change orientation from portrait to landscape. The flagship Model S and Model X EVs have a strong focus on digital entertainment, with rear seat passengers accessing a separate display at the end of the front armrest, and the on-board computer of these EVs rivaling today’s game consoles in terms of performance, as it also uses AMD’s graphics solution. The swivel display on the center console only enhances the convenience of interacting with the electric car, without giving unequivocal priority to the driver or front passenger.

Drivers in PUBG can now use bandages and boosts while driving