The battle for Arm China continues: the old CEO is not going to give up, but his position is weakening

The Financial Times published material, which details SoftBank and Arm’s standoff with rebel arm China. The Japanese and British companies owned by her for two years could not remove the head of the Chinese division of Allen Wu, who declared him independent. 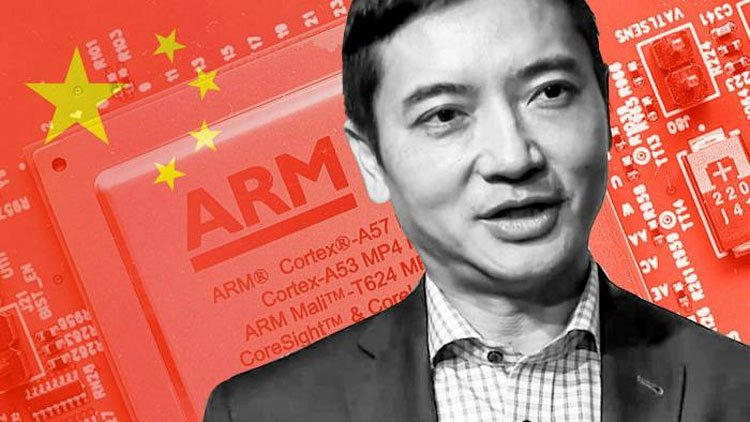 Last week, the Shenzhen Chinese authorities agreed to dismiss Mr. Wu: his name has been removed from the founding documents of Arm China and a new seal has been made. The situation turned around when Chinese police broke into the company’s office on the 24th floor and detained two of Wu’s guards. Liu Renchen and Eric Chen were appointed as new leaders. However, Wu ordered all employees of the Shenzhen office to work from home.

Both sides of the conflict gave orders to the entire staff of Arm China, which includes about 800 employees. Wu’s team demanded that “requests for any information or execution of any orders” be reported to the new leadership “to prevent disclosure of non-public information.” At the same time, administrators of the internal IT infrastructure, who remained loyal to the old head of the company, blocked emails from the new management, in which henchmen of SoftBank and Arm urged ordinary employees and top managers to stop obeying Wu. The old management team also retained control of bank accounts, the website, social media pages, and the Shanghai office.

But then Wu’s defenses began to weaken – as one of the participants in the events said, the old CEO was “betrayed” by an IT manager. Employees did begin to receive letters from Liu’s camp, and the site that Wu used to fight SoftBank as a “big consortium of Western capital” was closed. When Arm fully regains control of the Chinese division, the British side will have to deal with a company that Wu has significantly transformed in two years of unlimited power.

According to the Financial Times, he regularly fired disloyal employees and encouraged personal loyalty by hiring dozens of new employees. On Chinese New Year, Arm China employees received red envelopes with cash, only the hieroglyph on these envelopes did not mean the name of the company, but the name of the CEO. He always insisted that Arm China was not a subsidiary of the British Arm, but an independent company that was developing the Chinese semiconductor industry – because of this, many ordinary workers disliked Liu in advance.

Recently, 430 employees of Arm China signed an open letter in support of Wu, but now some of them have admitted that they left their signatures on the document under duress. However, the desire of the former CEO of Arm China to continue cooperation with Huawei, which fell under US sanctions, caused genuine admiration even among his enemies. Two years ago, employees of the company were also forced to sign an open letter – then it was a kind of test of loyalty; those who disagreed were demoted, and one of the employees said that after the refusal, 80% of his clients were taken away from him.

The two-year standoff, without embellishment, showed SoftBank and Arm the realities of doing business in China. The courts controlled by the central government did not even hold hearings in the Arm China case – they managed to achieve a trial only because the prospect of the British company leaving the joint venture loomed ahead. At the same time, Mr. Liu, one of the two new CEOs, is a protege of Beijing, and a businessman who is “married” to his career and the interests of the state.

Vampire The Masquerade Bloodhunt is free and fun, but not everything is perfect

"Xavier? Maybe": Patrick Stewart - about the "Multiverse of Madness" and the future of the character