During the quarterly report on May 5, Virgin Galactic informedthat endures previously promised start commercial suborbital flights from the fourth quarter of 2022 to the first quarter of 2023. There are two reasons for rescheduling an exciting attraction at an altitude of 80 km at a cost of $450,000 per ticket: a lack of qualified personnel and a disruption in the supply chain of aluminum-based composite metals. 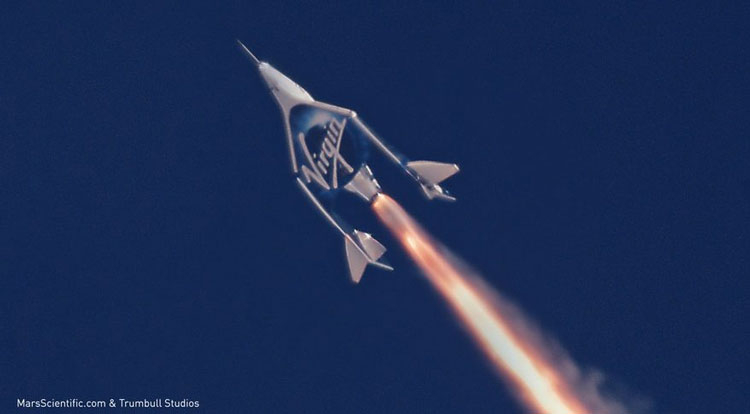 In total, Virgin Galactic managed to make four “space” flights, raising a number of tourists to the height of conditional space – up to about 80 km. So, for example, in July 2021, along with the rest of the crew, the founder of the Virgin Group, Richard Branson, went into space. Shortly thereafter, flights were terminated for the modernization and maintenance of the VSS Unity ship and the VMS Eve carrier aircraft. The modernization was supposed to allow the ship to fly more often – about once a month. The company promised to resume flights in the fourth quarter of 2022, but now this will happen only in 2023.

The head of Virgin Galactic explained that there was an “increased level of disruption” in the supply chain. We are talking about composite materials, which are based on aluminum in combination with carbon fiber. Previously, such materials were delivered no longer than three weeks, while today the delivery time has grown significantly.

The second pressing problem of Virgin Galactic was the lack of necessary specialists. The company is expanding its staff and cannot fill empty vacancies. Most of the new employees are working on the design of the new VSS Delta. This spaceplane is expected to be put into operation before 2026 for weekly flights into space. The old team is working on the VSS Unity and VSS Imagine ships, as well as upgrading the VMS Eve carrier aircraft. The volume of work is large, and it is not possible to hire new specialists in the proper quantity.

The upgraded VSS Unity will begin test flights later this year and transition to commercial flights in early 2023. The new VSS Imagine, which is designed to launch every two weeks, will begin flight testing in the first quarter of 2023 to enter full commercial service this summer. However, even during test flights, VSS Imagine will generate income for the company. Perhaps this is not about transporting passengers, but about testing equipment in zero gravity. Previously, such a service was discussed with NASA.

The company also reports that it now has 800 customers in line, even though the ticket price has increased significantly and now stands at $450,000. At the beginning of 2023, Virgin Galactic intends to bring the number of people wishing to fly into space to 1,000 people. Tickets will not rise in price yet, however, as well as become cheaper.

Natalie Portman as the God of Thunder in new still from Thor: Love and Thunder