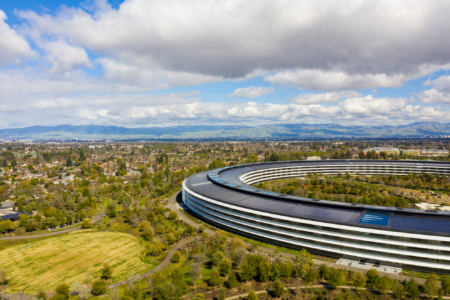 Quarantine restrictions in the United States are gradually being lifted and Apple has published new rules for the return of employees from remote work to their workplaces. Now they have to visit the office three times a week. A lot of people didn’t like it, including Ian Goodfellow, director of machine learning at Apple. After the order was issued, he addressed his subordinates with a letter and announced his resignation.

Ian Goodfellow, Apple’s director of machine learning, is leaving the company due to its return to work policy. In a note to staff, he said “I believe strongly that more flexibility would have been the best policy for my team.” He was likely the company’s most cited ML expert.

Goodfellow himself believes that his team is more productive at home than in the office, and he expected more flexibility from the company, given the high productivity while working from home.

“We tell customers how good our remote work products are, but we can’t use them ourselves? How can we expect customers to take this seriously? How can we figure out what remote work challenges need to be addressed if we don’t live it?”

A phased return of workers to Apple Park began in April. The return plan looked like this:

Despite appeals from employees, Apple executives refused to change the plan to return to the offices.

Ian Goodfellow worked as a research scientist at Google Brain before joining Apple. In 2017, MIT Technology Review ranked Goodfellow as one of the Top 35 Innovators Under 35, and in 2019, Foreign Policy magazine named him one of the Top 100 Global Thinkers.

Gotham Knights says no to microtransactions and crossplay: new details from WB Games