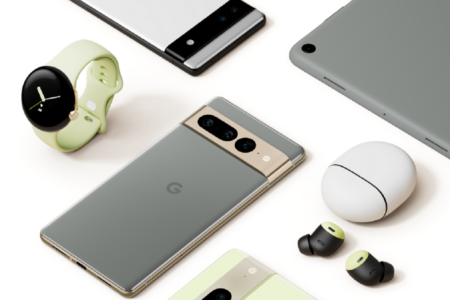 Google I/O Unexpectedly Presented a Tablet Pixel tablet. The release date of the gadget is 2023. This will be the first such device from Google since the release of the Pixel Slate in 2018, which ran on Chrome OS. Prior to this, the last tablet of the Google brand running Android OS was the 2015 Pixel C. And in 2019, the company said it would no longer deal with tablets.

Now, Google has changed its mind and will release the Pixel tablet as “the perfect companion for the Pixel phone.” Announced for 2023, the tablet will be powered by the Google Tensor chip.

In addition, as part of the promotion of its tablets, Google will update more than 20 applications specifically for working with large screens: YouTube Music, Play Store, Google Maps, Messages, Gmail, Google Home, Google Lens, One, Google TV and others.

Here’s a sneak peek at our upcoming Pixel tablet 👀

Advertising in free-to-play games: According to EA, there is room for it

PlayStation, revenues of $ 7.59 billion with microtransactions and DLC in 2021