In “FIFA 22” the Team of the Season was activated after a previous election. There are footballers from clubs like Bayern Munich and Borussia Dortmund.


EA Sports released details over the weekend about Team of the Season, which is now part of the Bundesliga in Ultimate Team. Before that, fans and experts had the opportunity to select their favorites from a pool of 40 Bundesliga players during the voting phase until May 1, 2022.


In the end, the following team selection won, which, as usual, consists of striker, midfield, defense and goalkeeper. There are names like Joshua Kimmich, Thomas Müller and Manuel Neuer. Five of the players come from the record champions Bayern Munich. Eintracht Frankfurt is represented twice. The same applies to Borussia Dortmund.

Bundesliga team of the season 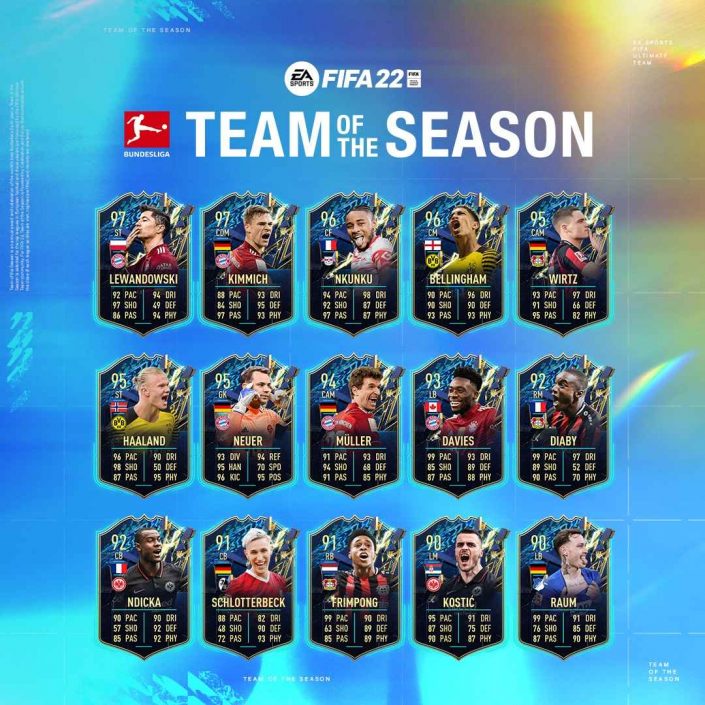 “I am very happy to have been voted into this year’s FIFA 22 Bundesliga Team of the Season and to be able to represent Borussia Dortmund. It’s a great league I play in and I’d like to thank everyone who voted,” said Jude Bellingham, BVB midfielder, about the line-up.

From May 19, 2022, the Bundesliga Team of the Season will also be available in “FIFA Mobile”.

FIFA 22 available via PlayStation Plus

The barrier to entry in “FIFA 22” is currently very low on the PlayStation consoles. Because all you need is an ongoing PS Plus membership. The football game from Electronic Arts joined them in the Instant Games Collection in May and can still be downloaded by members at no additional cost.

PlayStation Plus members can also register Get a Free FUT Pack for FIFA 22, but only until June 7, 2022. It features 11 players of 82 OVR or higher, plus an ICON Moments Loan Player Pick. With this you can get one of three popular loan players for five games in your club.

The modder compared all the bosses in Elden Ring in scale