I want to make one thing clear right at the start: Up until three days ago I had the action classic released in 1986 “Top Gun – They fear neither death nor the devil” never seen. On the one hand, I’m not a big fan of Tom Cruise. Yes, I liked “Mission Impossible” he loved it as a little boy. His wacky performance in “Tropical Thunder” is an amusing memory, but I just can’t really stand the actor (no hate). So I’ve avoided any Cruise classics my whole life. On the other hand, war films, especially glorifying ones, are not my thing at all Ding. I’d rather go to the masterful anti-war film one more time for the rest of the night of my life.”Apocalypse Now” grab than to patriotism movies like “American Sniper” or “Black Hawk Down”.

But, there I was, with an upcoming press screening of a movie that interested me zero point zero. And then also with Tom Cruise – au backe … Why me “Top Gun: Maverick” delivered one of the greatest cinematic experiences in a while without resorting to nostalgic tools like “Spider-Man: No Way Home” and dozens of other blockbusters, what makes the cinema strip so great and why everyone should watch it?

We clarify all this here and now in our film review of the action flight film by director Joseph Kosinski (“oblivion“, “Tron: legacy“), the from May 26th through the German cinema landscape – and hopefully leaves clear traces.

The original didn’t completely knock my socks off, but I have to admit: what Tony Scott (“true romance“, “Déjà-vu“) since 1986 conjured up magic on the screen, is so much more than cheap military propaganda. For those who are surprised by this statement, an interesting fact: The US military actually set up rescue centers in cinemas all over the USA at the time to rescue people from the adrenaline-filled audience right after the credits and to win for the military – unimaginable today (especially here in Germany). 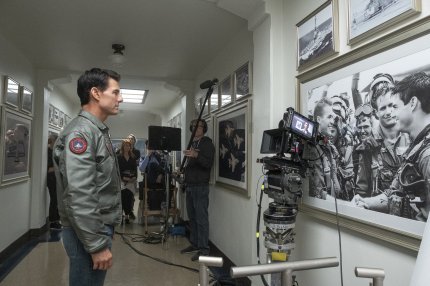 Beautiful memories: Of course, Top Gun 2 relies on nostalgia, after all it’s the sequel to a 36-year-old film. But you never get the feeling that it’s being used as a tool like in Jurassic World, Marvel, Ghostbusters & Co. – we really liked that.

The 110-minute film about heroic men of the 80s, who control the vastness of the sky with a lot of self-confidence and even more masculinity, is captured with breathtaking beauty. In particular, the passionately depicted flight scenes remain unrivaled in many respects. In addition: Whether it’s the iconic beach volleyball scene, the erotically implied relationship between Pete “Maverick” Mitchell (Tom Cruise) and Lt. Tom “Iceman” Kazanski (Val Kilmer) – directing maestro Quentin Tarantino put it in a nutshell in 1994 – or the great musical accompaniment, Top Gun knows how to enthrall every second in a variety of ways. No wonder the story about the tough flight school became so cult.

If you then look at the many classics of the 80s that have tried unsuccessfully to establish themselves in modern times, then you feel very queasy at the thought of Top Gun 2. But as it turns out no later than 30 minutes after the start of the press screening: absolutely wrongly! Most classic movies can only dream of such a sequel.

Above the clouds again: as if everything were the same

The story of Top Gun 2 is told quite quickly: Pete “Maverick” Mitchell has now been in the service of the US government for 36 years, but is making little to no progress in terms of his rank – intentional. For various reasons, this all goes so far that Pete is sent back to the “Top Gun” flight school to prepare a group of young graduates for an extremely delicate mission, one could almost say suicide mission. Even though Pete has some high-level opponents and doubters, there is one person who has had his back and strengthened him for over 30 years: his one-time rival “Ice”, who is now one of his closest friends and is considered a legend. 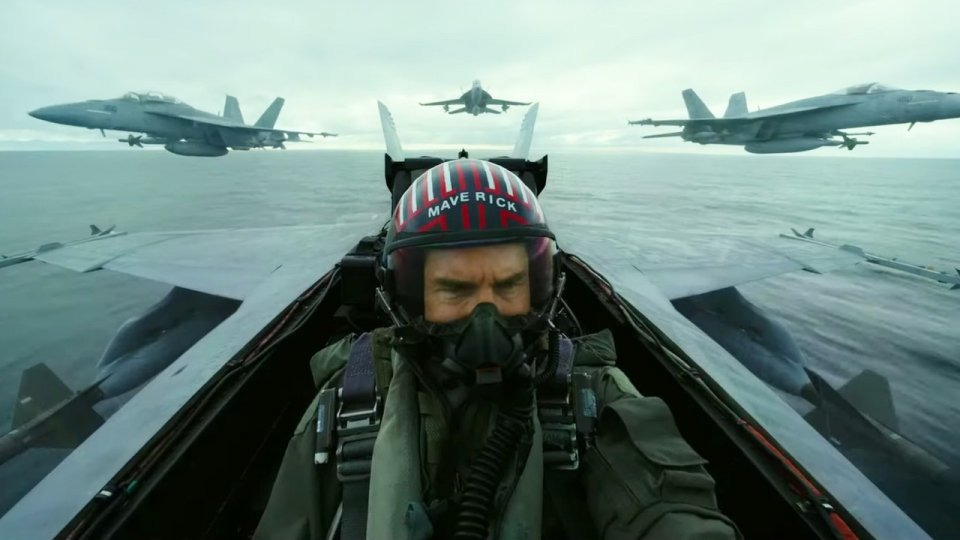 The two screenwriters Peter Craig (“TheBatman“, “Bad Boys For Life“) and Honor Kruger (“Ghost in the Shell“, “the rings“) do not conjure up an unnecessary, far-fetched story from the aviator’s hat to justify Maverick’s big comeback. Instead, they rely on storylines that were left behind on the one hand and on the other hand on the unique allure of the first one, which one with modern means and newcomers. A key theme is the loss of Mitchell’s partner “Goose”, who tragically lost his life at the end of Top Gun. A deep pain that Pete clearly still carries around today. One of the graduates, Mitchell is also tasked with preparing for the enormously dangerous mission is the son of his late wingman, Bradley “Rooster” Bradshaw (Miles Teller, “whiplash“), who is not very enthusiastic about his new teacher.

“I Feel The Need…The Need For Speed!”

As with the first Maverick theatrical flight, the story is actually secondary, it is more about the outstanding presentation of the spectacular and chaotic fighter jet scenes, the versatile images and the strong contrasts. The latter is the magic with 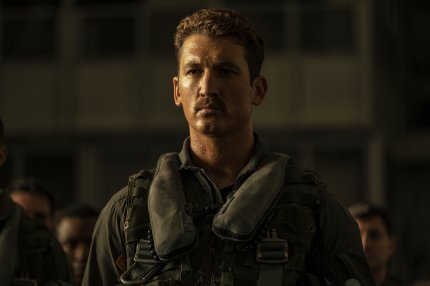 Miles Teller in the role of Lt. Bradley “Rooster” Bradshaw (1)

the Top Gun brings his characters to life. Typical 80s kitsch, exaggerated action, sappy romance and tender masculinity, which nevertheless radiates full masculinity – all of this is absolutely worth seeing, but Top Gun: Maverick has the strongest point landing with the sound. If you don’t experience the trembling sound of the flying machines in the cinema, it’s your own fault. Believe me, you’re missing something.

Top Gun 2: Maverick is deep in the ’80s, proud of it, and doesn’t try to weave any deeper layers into the original story. Acting-wise nobody is really impressive either, the entire story is downplayed collectively by the cast on the level of “solid”, nothing more and nothing less. While Tom Cruise is still at the top of the league, Miles Teller has once again looked conspicuously pale in recent years. His masterful performance in Whiplash, one of my absolute favorite films, remains his far-off highlight.

And if you’re wondering: “Does Top Gun 2 even need it?”, I can say: Just for the fact that more people experience it – like me! – that Top Gun is much more than just a moving-image military love letter. The story, then and now, is an excellent action-journey through cheesy, gripping and loving cinematic magic. The main difference here is Top Gun 2 is a whole different stunner audiovisually. With the means of today’s cinema for today’s cinema. Please be sure to look there!

Top Gun 2: Maverick will be in German cinemas from May 26th. You can watch the second part without any prior knowledge, but in a double pack the flight adventure with Tom Cruise cuts a double and triple good figure! Let us know what you think of Top Gun, military movies and Tom Cruise in the comments. And if you’ve already seen Top Gun 2, then feel free to share your opinion in the comments section as well – spoiler-free, please!

The modder compared the sizes of all Elden Ring bosses

At the site of the ITER fusion reactor, the installation of the reactor core has begun