“Sniper Elite 5” is about to be released. But what resolutions and frame rates are achieved on the consoles? Rebellion provided details.

Rebellion is launching the shooter Sniper Elite 5 next week. The title will be released for the new-gen consoles PS5 and Xbox Series X/S, among others, which raised the question of what the developers were able to get out of the additional power in terms of performance.

In an interview on the subject, Rebellion first addressed the challenges that had to be overcome during the production of “Sniper Elite 5”. The most difficult part was releasing the game on both the last generation of consoles and the latest generation as well as on the PC. Because there is a significant difference in the performance of the PS5 and Xbox Series X compared to the previous releases on the PS4 and Xbox One.

In practice does that mean: The PS5 and Xbox Series X versions of “Sniper Elite 5” will run at 60 frames per second and support resolutions up to 4K. In the case of the Xbox Series S, it’s still 1440p with an identical frame rate.


Players who want to play Sniper Elite 5 on PS4 or Xbox One will have to settle for 30 FPS. And while Rebellion didn’t mention the target resolutions for the last-gen versions of Sniper Elite 5, it’s safe to assume they’ll be somewhere around 1080p and 1440p — also depending on whether they’re the base consoles or the Xbox One X and PS4 Pro upgrade models.

Some details about the development of “Sniper Elite 5” were also mentioned in the interview. One of the biggest leaps was using photogrammetry to create in-game assets. Since this technology is based on real photos and measurements, it should enable a higher level of detail. For the first time, photogrammetry was used in part of the DLC for Sniper Elite 4. 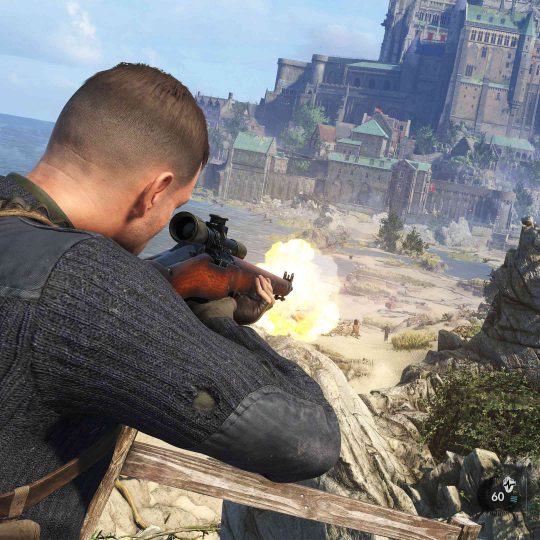 With this method, everything you see in the game world is “represented in much more detail”. Everything was scanned, from rocks and trees to tanks and other vehicles. “It adds to the immersion and feel of the game,” says Rebellion. “If you look at the weapons, for example, the level of detail is much higher. They look as if they have been used and are recreated as realistically as possible.”

Sniper Elite 5 will be released on May 26, 2022 for PS5, PS4, Xbox One, Xbox Series X/S and PC. If you want to find out more about the shooter in advance, then take a look to the linked topic overview. Below is a video published by Gamingbolt with 15 details about the game:

Dakar Desert Rally will be released in October

COD Warzone 2, the launch date may have been revealed in advance

"Abai was also for it." Ex-Forze Coach posted a Teamspeak discussing 322 as a team with The Hobbit in 2015, ESIC launched an investigation

Sega reveals sales of Sonic, Persona, Yakuza and Total War games for the past fiscal year

The Russian government will simplify the import of computers, tablets, laptops and smartphones