The quietest in the class: ASUS introduced a four-slot GeForce RTX 3080 with 120mm Noctua fans

A week after the leaked images of the ASUS GeForce RTX 3080 Noctua OC Edition 10GB graphics accelerator, this new product was officially presented. Like the ASUS GeForce RTX 3070 Noctua OC Edition, the older model is equipped with a very thick cooling system with two 120mm NF-A12x25 fans with a stop function. They do not rotate in the absence of a serious load on the graphics subsystem. 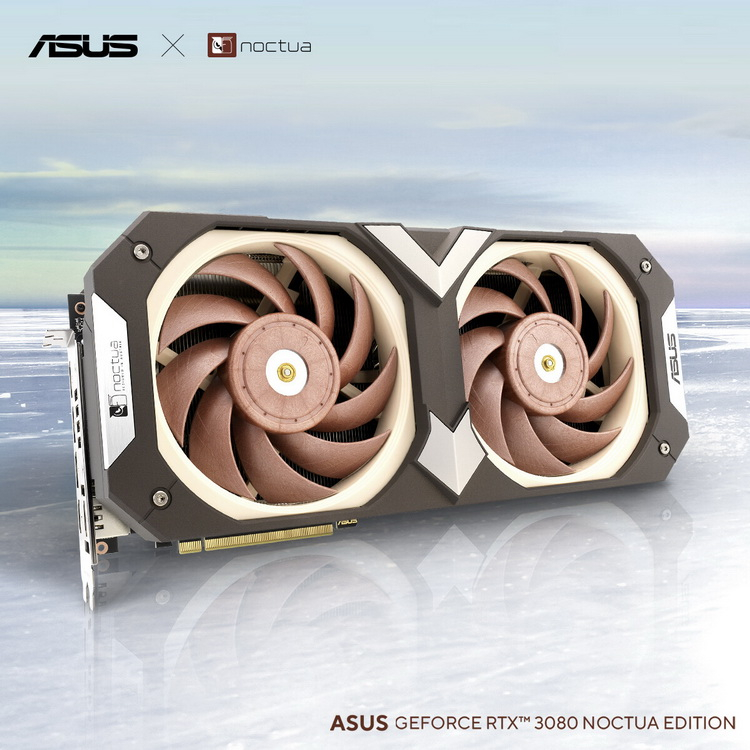 The ASUS GeForce RTX 3080 Noctua OC Edition 10GB is based on the NVIDIA GA102-202 GPU with 8704 CUDA cores, as well as 272 texture units and 96 ROP units. The gaming frequency of the processor is 1785 MHz. However, the chip received a slight overclock, so in Boost mode its frequency is 1815 MHz. The card has 10 GB of GDDR6X memory with 320-bit bus support. The presence of a dual BIOS system with quiet and productive modes of operation is declared. 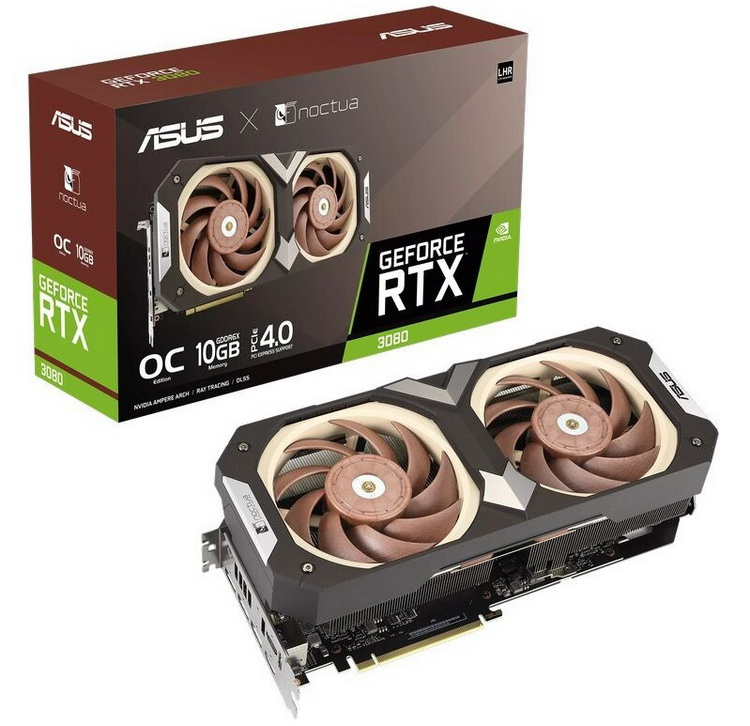 The set of external connectors of the novelty consists of two HDMI 2.1 and three DisplayPort 1.4a. The card also received two 8-pin connectors for additional power. The manufacturer recommends using a power supply unit with a power of 850 W or more with this accelerator. 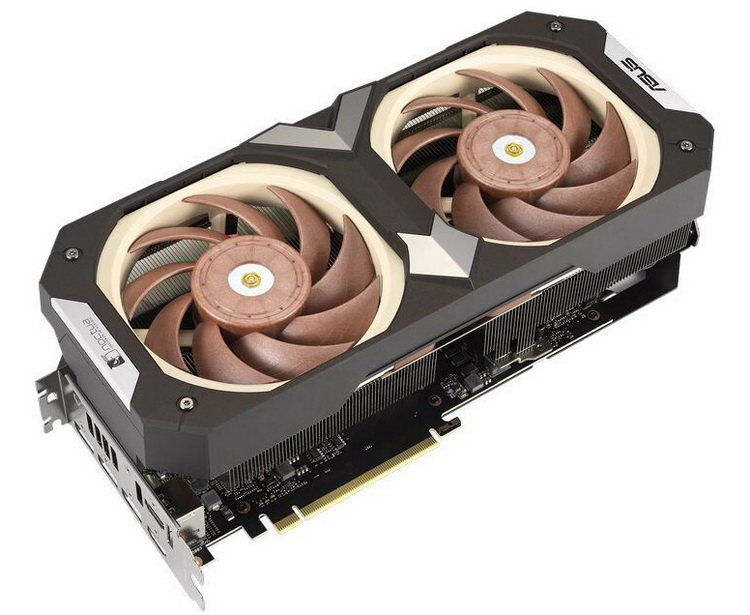 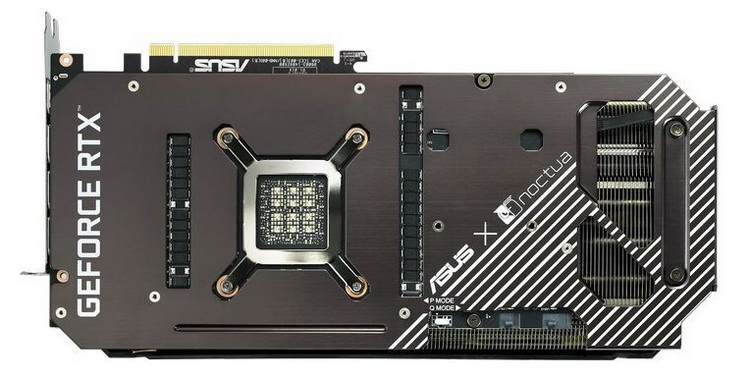 The novelty is based on the printed circuit board from ASUS GeForce RTX 3080 TUF Gaming 10GB. According to ASUS, the GeForce RTX 3080 Noctua OC Edition 10GB is the quietest graphics card in its class. At low fan speeds, its noise level does not exceed 16.8 dBA. For comparison, the normal version has a noise figure of 19.1 dBA in the same mode. 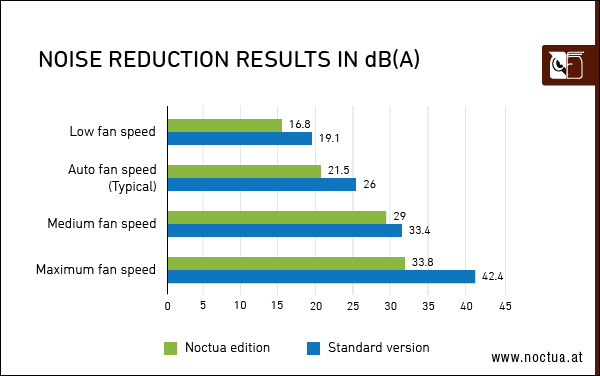 With automatic fan speed control, typical noise does not exceed 21.6 dBA (for a conventional video card it is 26 dBA). At an average speed of the turntables, the noise figure is no more than 29 dBA (for a regular one – 33.4 dBA). At the maximum speed of the “propellers”, the noise reaches 33.8 dBA (for the regular version – 42.4 dBA). 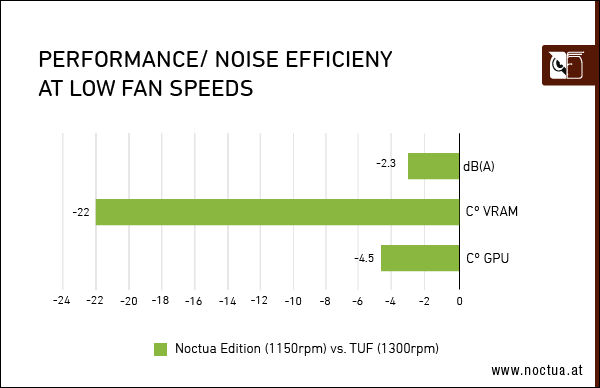 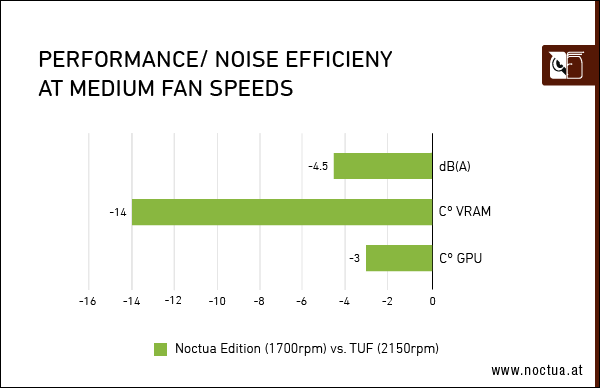 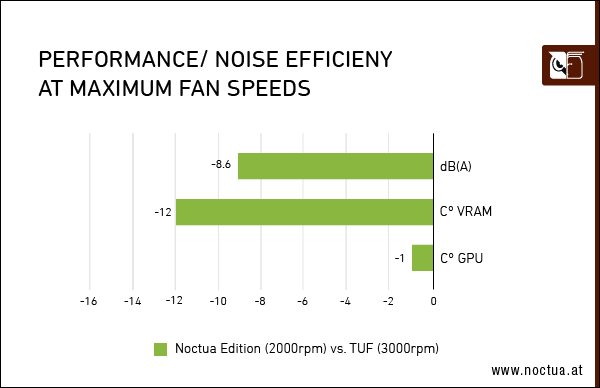 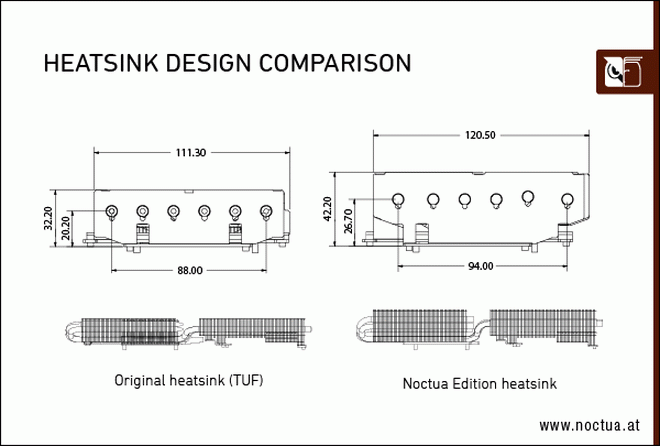 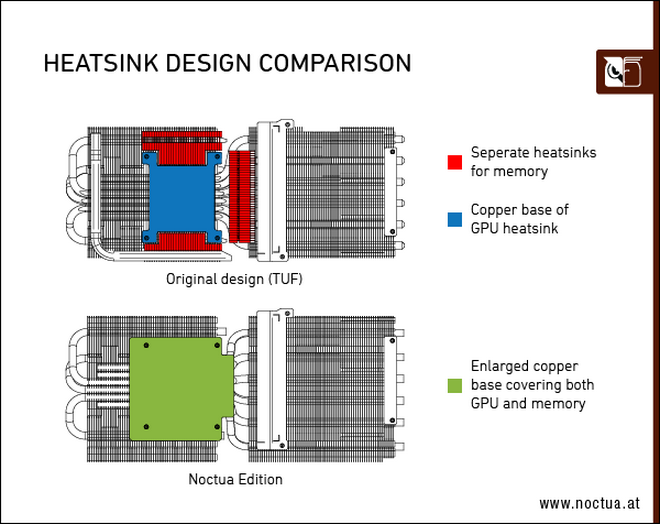 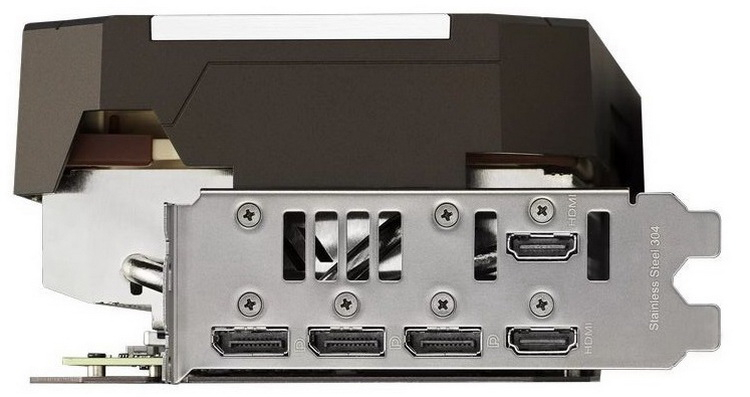 The company has not announced the cost and availability of the GeForce RTX 3080 Noctua OC Edition 10GB.

Sony unveils catalog of games included in the new PlayStation Plus

Sniper Elite 5 in top form on PS5 and Xbox Series X: here is resolution and framerate