Blue Origin Shows Fire Tests of BE-4 Reusable Rocket Engine – The Most Powerful Modern Engine in the U.S.

Blue Origin Company introduced video of firing tests of the most powerful modern rocket engine in the United States. This is the BE-4 engine, which should form the basis of a new generation of launch vehicles. For the American astronautics, the BE-4 should fill a gap after Russia’s ban on supplying and maintaining RD-180 rocket engines to the United States. But the BE-4 is a long-term project, and Blue Origin is keen to disprove that. 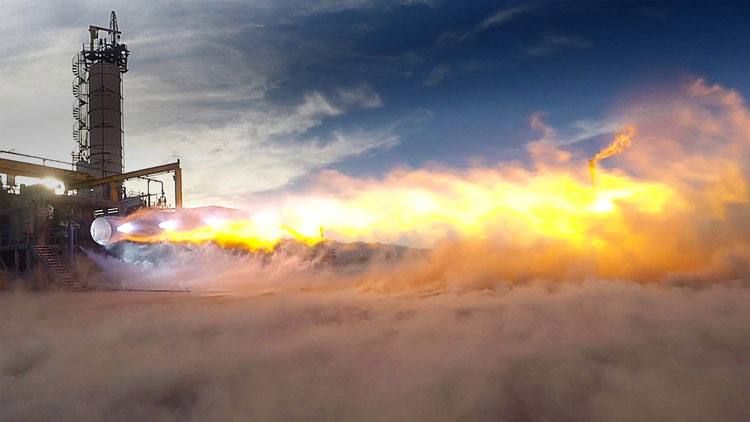 “You asked for a video, we listened. The notable milestones of the BE4 test were: Demonstration of the startup transient with warm liquid oxygen / cold LNG (boundary condition). The first engine to exceed 4000 seconds of total fire test time, eventually reaching 5000+ seconds.”

If Blue Origin manages to solve all the problems with the BE-4 engine, then the first rocket launches with it will take place before the end of this year. The BE-4 engines are designed to power ULA’s Vulcan Centaur and Blue Origin’s New Glenn launch vehicles. The project was supposed to be completed about five years ago, but even today it remains a project without testing on a rocket.


At sea level, the specifications say the BE-4 should produce 2.45 MN of thrust. SpaceX’s latest Raptor 2 engine, for comparison, develops thrust up to 2.36 MN during testing. In fact, the BE-4 will become the most powerful modern rocket engine in the US when it is completed and put into mass production.

League of Legends: defined the Top 6 of MSI 2022, what a clash of the titans!

Chip: Tsmc could open a factory in Italy for a total value of 10 billion euros