MSI has started promoting the new Titan GT77 gaming laptop on Chinese social media. The manufacturer notes that the combined power of the CPU and GPU of this flagship system will be 250 watts, excluding additional components of the laptop. 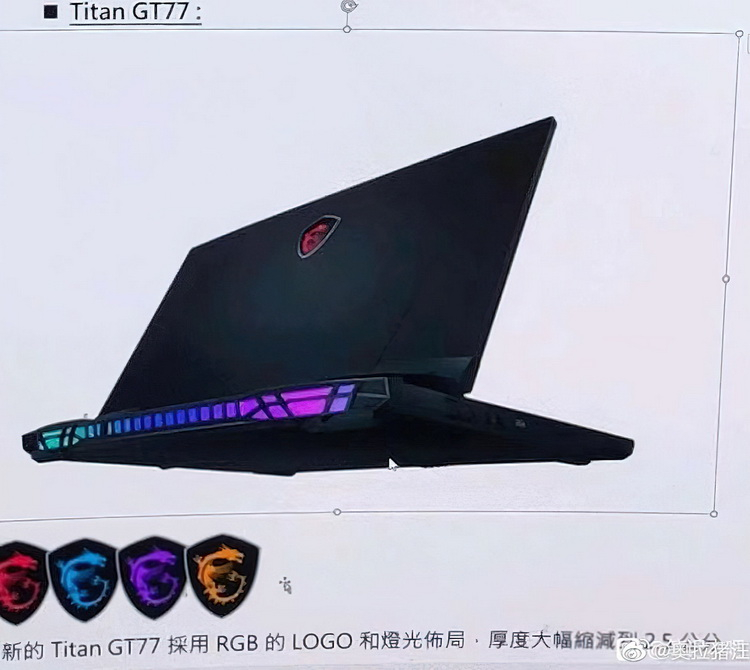 The MSI Titan gaming laptop series has not been updated since the release of 10th generation Intel Core processors. There were no models based on Tiger Lake chips on the market, which suggested that the manufacturer decided to abandon this niche series of very expensive gaming devices. It looks like MSI has decided to just take a break after all, as the Titan GT77 gaming laptop based on 12th generation Intel Core processors will be on sale for the foreseeable future. The company seems to have decided to wait for more powerful Alder Lake-HX chip models, offering up to 16 physical cores at up to 5 GHz. 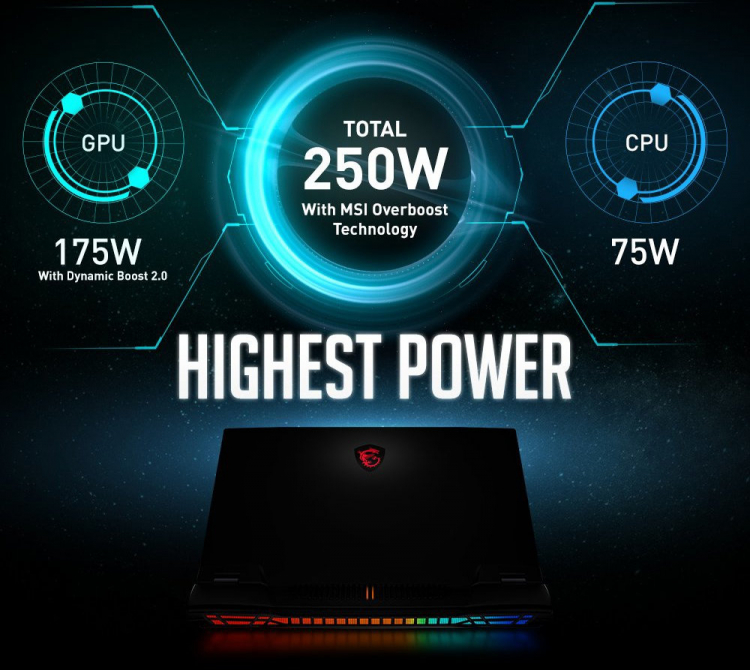 Despite the potentially very powerful hardware, the details of which are still unknown, the thickness of the MSI Titan GT77 laptop will be only 23 mm. However, the overall dimensions of this portable gaming station will be larger than any other gaming laptop on the market. Titan GT77 will receive a special ventilation system in the rear of the case, which is a characteristic feature of this series of laptops. As part of the cooling system new items will be used four fans and seven heat pipes.

The Titan GT77 is equipped with four RAM slots and four NVMe SSD slots, made possible by the use of Alder Lake-HX processors. In addition, the laptop will offer several types of screens with support for 4K, 1440p and 1080p resolutions, as well as refresh rates up to 360Hz. The icing on the cake is a SteelSeries RGB mechanical keyboard with Cherry MX switches with 1.8mm travel. 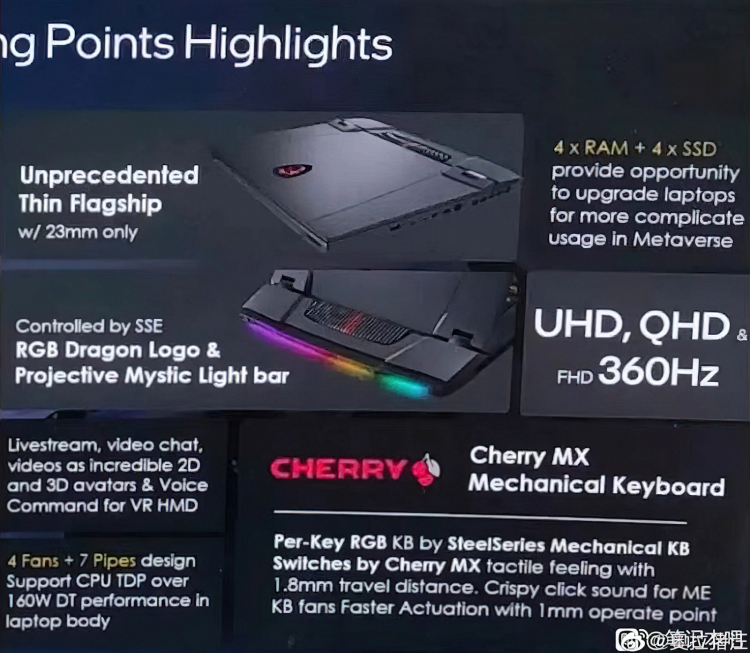 The manufacturer has not yet announced when the new Titan series gaming laptop will be officially presented and when it will be on sale. However, it is already clear that the price tag will be cosmic.

They tried to make hamsters less aggressive with the help of genetic engineering. The effect was the opposite

She-Hulk: Marvel unveils first trailer for the series - Get a first impression