In addition to the customization options that have already been discussed in detail, Kochmedia finally showed us more of the gameplay of the new Saints Row reboot in a hands-off preview. We were presented with several missions and got a glimpse of new features for cars, weapons and customization options. Instead of continuing the story of the Third Street Saints from the four predecessors and the spin-off Saints Row: Gat out of Hell, in the reboot we take control of one completely new, still unknown crew, who is at the beginning of her criminal career. Eli, Neenah and Kevin are roommates of the future boss of the Saints, our character. Unable to pay their rent in the chic desert town of Santa Ileso, they decide to rob a loan shark’s office.

Kevin already has connections to the underworld and can get things, Neenah acts as a getaway driver, Eli bypasses security with his engineering skills, and the boss is boss. The friends set up headquarters in an abandoned church and start their organization from there.

From the base we can so-called “Criminal Ventures” complete to expand our influence on the city. So we can take over the drug trade in Santa Ileso with the Saints, among other things. This not only ensures a regular cash flow, but also gets the other gangs in town on the scene. Taking over territories and growing our organization into the dominant force in the area is one of the main tasks of the game. We can even construct new buildings on empty squares in our territory, including fashion shops, weapon dealers and auto repair shops. 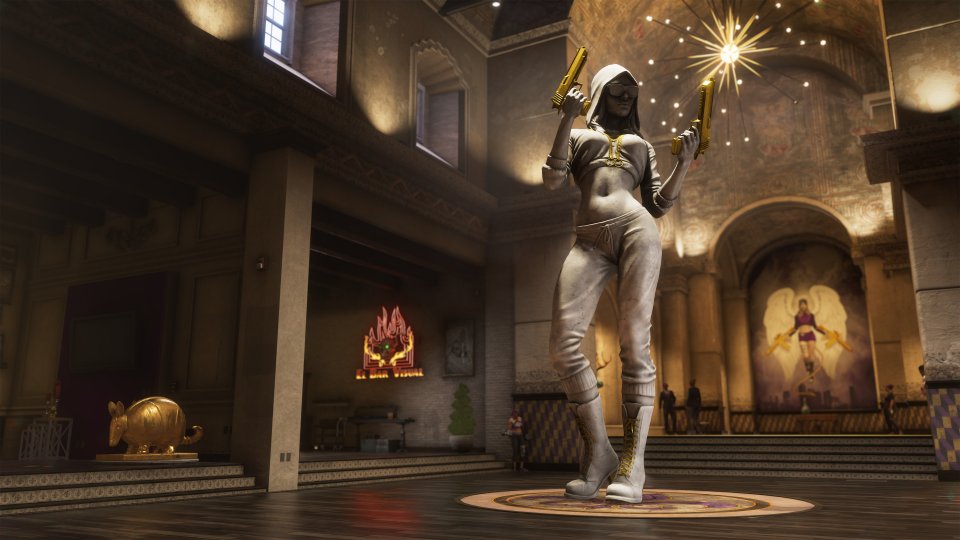 Our headquarters can also be set up according to personal taste.

Freedom above and below the clouds

There, as always, we will find numerous options to personalize our equipment. The Volition development team has outdone itself when it comes to customization options. From the weapon to the vehicle to the teeth of our main character, everything can really be customized to our liking.

We change the gender, voice and appearance of our boss at any time as we wish. While some changes are purely cosmetic, we can also adjust a weapon’s ammo type or equip our car with an ejection seat.

As we move through sandy Santa Ileso, it’s somewhat reminiscent of the vertical and action-packed gameplay of the Just Cause series. So it is possible to have one at any time paraglider activated in the air, thanks to which distances can be covered comfortably with a great panoramic view. Similar to Saints Row 4, just without superpowers.

If you like it even more comfortable, you can use one helicopter back, whose turrets wreak havoc on our rivals. It is gratifying that the speed and the feeling of freedom from the predecessors have been retained despite the reboot. 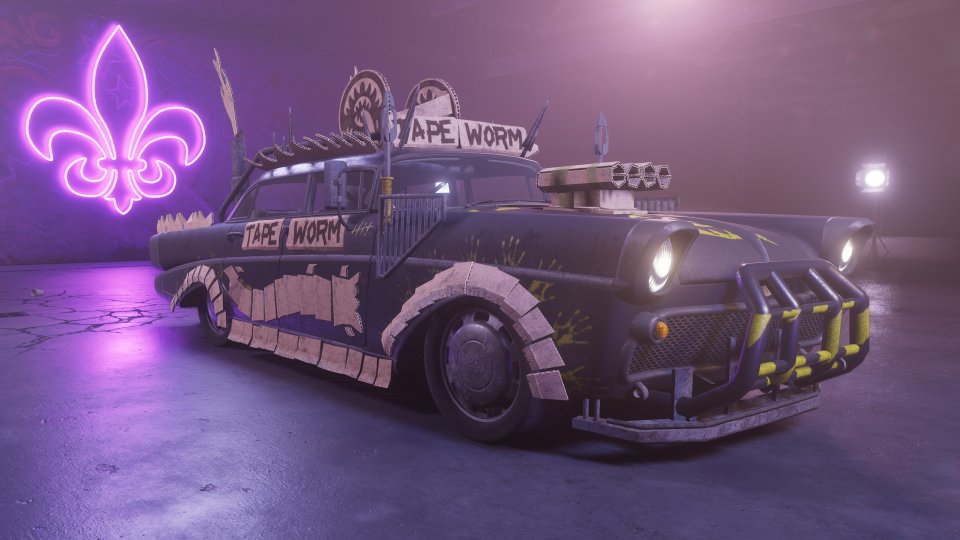 Vehicles can be visually customized and gadgets like an ejection seat can be added.

We can also do damage with our car, including a new powerful ram attack that was shown in the presentation. It can be cast left or right and pushes enemies off the road. But of course there is also the possibility to resort to pure gun violence – after all it is Saints Row. We were also presented with an action-packed chase, with the boss taking a seat in the passenger seat.

The Saints Row Reboot will be released on August 23 for PC, Playstation and Xbox. The makers of Volition have already presented the customization options for characters, weapons and vehicles in an extensive customization trailer. Fans can also look forward to a few new gameplay scenes for the open-world action spectacle.

15 days of shopping madness! PCGH Cyber ​​Week is bringing strong deals to www.cyberweek.deals #advertising from May 13th to 27th

During battles, it is possible to shoot out of the window in the classic way, but also to climb onto the car roof to get a better overview and direct the destructive rage in all directions. While such a move is very helpful from an offensive point of view, it also makes us more vulnerable to attacks and driving accidents.

Jump to the comments (2)

Batora Lost Haven to the test: the Italian action RPG is a continuous surprise!

Apple AirPods Pro 2 will not bring a much-desired novelty