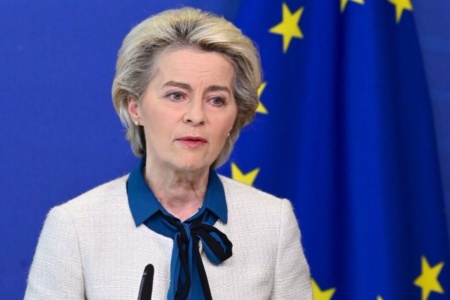 On May 18, 2022, the European Commission presented REPower EU plan — its response to the difficulties and destruction of the global energy market caused by Russia’s invasion of Ukraine. It has become part of a larger external EU energy strategy facilitating energy diversification and building long-term partnerships with suppliers, including cooperation in the field of hydrogen and other green technologies.

The European Commission speaks of the need for a double urgent transformation of Europe’s energy system: firstly, it is to end the EU’s dependence on Russian fossil fuels, which are used as an economic and political weapon and cost European taxpayers almost 100 billion euros a year, and secondly, it is to overcome the climate change. crisis Actions in the REPowerEU plan can respond to these challenges through energy efficiency, diversification of energy supplies and accelerated deployment of renewable energy sources to replace fossil fuels in buildings, industry and power generation.

The REPowerEU plan has several main areas where the actual changes will be implemented.

Saving energy is the fastest and cheapest way to overcome the current energy crisis and reduce bills. The Commission proposes to strengthen long-term energy efficiency measures, including an increase in additional mandatory energy efficiency target up to 13% of the previously proposed 9% as part of the Fit for 55 package of the European Green Agreement.

This is expected to help the EU prepare for the potential challenges of next winter. Therefore, the Commission also published “EU Energy Saving Communications” , which details short-term behavioral changes that could cut demand for gas and oil by 5% and encourage member countries to launch specific communication campaigns targeting households and industry.

The Commission has also established contingency measures in the event of major supply disruptions, and will provide recommendations on customer prioritization criteria and promote a coordinated plan to reduce demand in the EU.

Supply diversification and support of our international partners

The EU has been working with international partners to diversify supplies for several months and has achieved record levels of LNG (liquefied natural gas) imports and increased pipeline gas supplies.

Newly created EU energy platform with the support of regional working groups, it will allow for joint voluntary purchases of gas, LNG and hydrogen by pooling demand, optimizing the use of infrastructure and coordinating work with suppliers.

The next step is to develop joint procurement mechanism, which will negotiate and conclude contracts for the purchase of gas on behalf of the participating countries. The Commission will also consider legislative measures to require Member States to diversify gas supplies over time. The platform will also enable the joint procurement of renewable hydrogen.

Acceleration in the introduction of renewable energy sources

Commission proposes increase the main renewable energy target from 40% to 45% by 2030 as part of the Fit for 55 package. This will form the basis for other initiatives such as:

EU Solar Energy Strategy double solar PV capacity by 2025 and install 600 GW by 2030 .
Solar Roofs Initiative with a legal obligation to install solar panels on new public and commercial buildings and new residential buildings (Tesla, your way out) .
Doubling the rate of deployment of heat pumps and measures to integrate geothermal and solar thermal energy for the modernization of district and communal heating systems.
Commission recommendation on solving slow and complex permits for large renewable energy projects and amendment of the target to the Renewable Energy Directive to recognize renewable energy as a primary public interest. Member States must create special zones for the use of renewable energy sources on a reduced and simplified procedure for obtaining permits in areas with a lower environmental risk. To help identify such “accessible” areas, the Commission provides accessible datasets on environmentally sensitive areas as part of its tool. digital mapping for geographic data related to energy, industry and infrastructure.
Setting a target of 10 million tons of renewable hydrogen domestic production and 10 million tons for imports by 2030 to replace natural gas, coal and oil in hard-to-decarbonize industries and transportation. To speed up the hydrogen market, EU co-legislators should agree to increase sub-targets for individual sectors. The Commission also publishes two delegated acts for the identification and production of renewable hydrogen to ensure that production results in a net decarbonisation. To accelerate hydrogen projects, additional funding of 200 million euros has been allocated to the study, and the Commission is committed to completing the evaluation of the first important projects of general European interest by the summer.
Plan action on biomethane contains instruments including a new biomethane industry partnership and financial incentives for increasing production to 35 billion cubic meters by 2030, including through the Common Agricultural Policy.

Reduction of fossil fuel consumption in industry and transport

Replacing coal, oil and natural gas in industrial processes will reduce greenhouse gas emissions and enhance safety and competitiveness. Energy saving, energy efficiency, fuel substitution, electrification and increased use of renewable hydrogen, biogas and biomethane by industry can save up to 35 bcm of natural gas by 2030 in addition to what is provided under Fit for 55.

The Commission will introduce carbon contracts for differences to support the use of green hydrogen by industry and specific REPowerEU funding under the Innovation Fund, using earnings from emissions trading to further support a move away from Russian dependence on fossil fuels. The Commission also gives instructions under agreements for the purchase of renewable energy and electricity. and provide technical advice to the European Investment Bank. In order to maintain and regain technological and industrial leadership in areas such as solar and hydrogen energy, as well as to maintain the workforce, the Commission proposes the creation of an EU Solar Industry Alliance and a wide-ranging partnership. The commission will also intensify work on the supply of critical raw materials and prepare a legislative proposal.

To improve energy saving and energy efficiency in the transport sector and accelerate the transition to zero-emission vehicles . The Commission will present the “Greening Freight Transportation” package, which seeks to significantly improve energy efficiency in the sector, and will consider a legislative initiative to increase the share of zero-emission vehicles in public and corporate fleets.

The EU messages on energy conservation also contain many recommendations for cities, regions and national authorities that can effectively promote the replacement of fossil fuels in the transport sector.

Achieving the goals of REPowerEU requires an additional investment of 210 billion euros by 2027 . This is an advance payment for our independence and security. Decrease in imports of Russian fossil fuels can also save almost 100 billion euros per year . These investments must be paid for by the private and public sectors, as well as at the national, cross-border and EU levels.

Under the current MFF, the cohesion policy will support decarbonization and green transition projects worth up to €100 billion through investments in renewable energy, hydrogen and infrastructure. Additional 26.9 billion euros from funds cohesion can be provided in the form of voluntary transfers to the RRF. More 7.5 billion euros from the Common Agricultural Policy are also provided through voluntary transfers to the RRF. The Commission will double the funding available for the 2022 Innovation Fund’s wide-ranging competition in autumn to around 3 billion euros.

The Trans-European Energy Networks (TEN-E) helped create a sustainable and interconnected EU gas infrastructure. Limited additional gas infrastructure, estimated at around €10 billion, is needed to supplement the existing list of projects of general interest (PCI) and fully offset future losses in Russian gas imports. Replacement needs in the next decade can be met without stopping with fossil fuels, creating locked-in assets, and also without hindering our climate ambitions. Electrical PCI acceleration will also be important to adapt the power grid to our future needs. Mechanism “Connection of Europe” will support this and the Commission announces a new call for proposals with with a budget of 800 million euros and another one will take place in early 2023.

The Commission proposes to make target amendments in Regulations RRF to integrate individual sections of REPowerEU into existing member country Recovery and Resilience Plans (RRPs), in addition to the large number of related reforms and investments already in place in RRPs. This process will also include country-specific recommendations for the European Semester 2022 cycle.

Previously, the Commission adopted 5 large-scale and unprecedented packages of sanctions in response to Russian acts of aggression against the territorial integrity of Ukraine and the increase in atrocities against Ukrainian citizens and cities. Coal imports are already subject to the sanctions regime, and the Commission has made proposals to phase out oil before the end of the year, which are now being discussed by Member States, however, as you know, Germany, France are still hesitant, and a number of countries (for example, Hungary) refuse to abandon Russian energy carriers

European green space — the construction plan for the growth of the EU, to make Europe climate-neutral until 2050. Tsya tsіl fixed in European climate law, as well as legally obov’yazkove goiter’s rate of cleanliness of greenhouse gases less by 55% until 2030 compared to 1990. At the end of 2021, the Commission presented its package of legislative acts “Fit for 55” (povna vіdmova vіd vіd vіd avtomobilіv z dvs till 2035 rоku) for vykonannya tsіh tsіley; We are proposing to reduce our gas savings by 30% by 2030, moreover, more than a third of such savings will be secured to achieve the goal of energy efficiency.

Neil Druckmann reveals his 8 perfect games: here is the list of the creator of The Last of Us