In terms of overall sales, the PlayStation is still way ahead.

In terms of overall sales, the PlayStation is still way ahead.

During the week, 2963 PlayStation 5 and 6225 Xbox Series consoles were sold in Japan, informs local Famitsu magazine. This means that the Xbox for the first time in a very long time managed to overtake the PlayStation in weekly sales in Japan.

According to counting GameDataLibrary, PlayStation has been the leader in this indicator for eight years. The last time Xbox took the lead was in 2014 when the Xbox One launched.

Most likely, the Xbox Series managed to pull ahead due to the lack of PlayStation 5. Sony is still experiencing problems with the production of consoles. 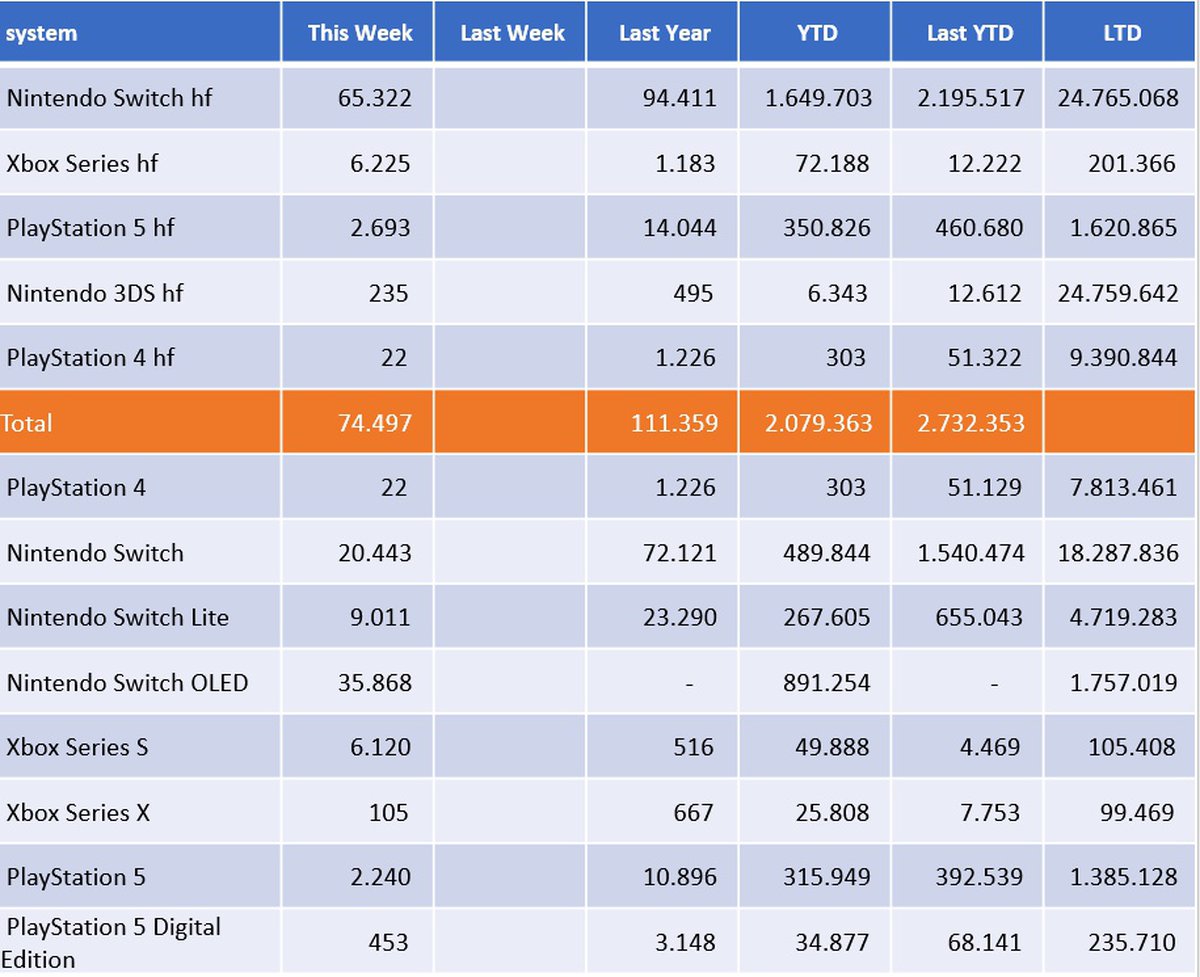 In the history of the Japanese market, GameDataLibrary notes, the Xbox outperformed the PlayStation in weekly sales less than ten times. However, in terms of the total number of consoles sold in Japan, the PlayStation is still ahead.

For example, 1620838 PlayStation 5 consoles of both modifications and only 204877 Xbox Series consoles were sold in the country. The gap between PlayStation 4 and Xbox One is even bigger.

Media: for The Witcher found Keira Metz and Marguerite Lo-Antil

Portal with a difference: Valve classic with N64 look!