Metal: Hellsinger: Serj Tankian from System of a Down is in

As announced by publisher Funcom and developer The Outsiders, iconic System of a Down vocalist Serj Tankian will lend his voice to rhythm FPS Metal: Hellsinger. 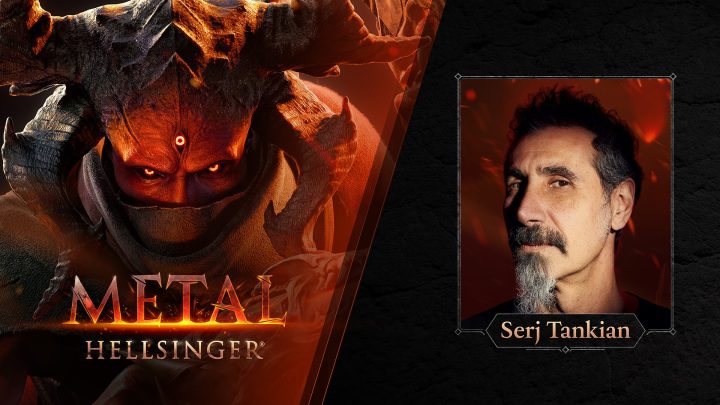 The title will be released later this year for PC, PlayStation 5 and Xbox S|X. Not only does System of a Down’s iconic singer lend his voice to a track, players also blast their way to the pounding vocals of Alissa White-Gluz (Arch Enemy), Matt Heafy (Trivium), Randy Blythe (Lamb of God) and many more by hordes of demons. The new trailer introduces the track No Tomorrow written specifically for the game by Two Feathers featuring Serj Tankian:

David Goldfarb, Creative Director at The Outsiders: “What can I say! We have so many System of a Down fans in the studio, we can’t believe Serj Tankian is actually part of our already amazing lineup. He absolutely delivered on the track in his signature way. We are thrilled and can’t wait to see you all play!”

In Metal: Hellsinger you have to shoot your way through hordes of enemies, sprint and perform finishers to the beat of the metal soundtrack created especially for the game. Anyone who succeeds in doing this will feel the thrill when the increasingly intense rhythms of the adaptive music unfold and their own power soars. Armed with six heavy weapons, each with its own ultimate attack, the protagonist fights her way through hell, not stopping at the devil himself during her quest for revenge. Award-winning voice actors Troy Baker and Jennifer Hale lend their voices to the main characters.

After the campaign, Torment Mode awaits, in which players compete to the metal beat for the best positions in the ladder. Metal: Hellsinger will take the stage in 2022 and will be released for PC, PlayStation 5 and Xbox Series X|S.

= Partner & affiliate links: Possible listed offers are usually provided with so-called affiliate links. With a purchase through one of these links you support Xboxdynasty. Without affecting the price, we receive a small commission from the provider and can offer this website to you free of charge.
Tags: HellsingerMetalSerjsystemTankian

Marvel’s Spider-Man 2: will the PS5 exclusive have the co-op? A leak seems to confirm this

Xbox overtakes PlayStation in Japan for the first time since 2014

PlayStation London Studio and the exclusive PS5: it will be a fantasy themed live service