Video game adaptations of the World of Darkness universe seem to be constantly burdened with being developed by people with fantastic ideas who have no idea how to implement them properly – and most importantly, in a mainstream way. Even the most popular adaptation of the franchise, Vampire the Masquerade: Bloodlines from 2004, is not a polished masterpiece, but a very special cult game for lovers of strange works. Developer Troika Games compensated for many of the title’s obvious shortcomings with original and highly ambitious game design, but still slipped into financial ruin before the release. And even with the development of the direct successor, which has been in production hell at Paradox Interactive for several years, everything indicates that the creative side and the business side are acting in complete disharmony. Perhaps the franchise is simply doomed to produce highly interesting titles that hardly anyone would in good conscience recommend.

The current adaptation of the series, Vampire: The Masquerade – Swansong, is now also affected by this curse. In the “narrative role-playing game” we take control of three different vampires in the service of the bloodsucker prince of Boston. Contrary to what the title might suggest, he is a woman named Hazel Iversen.

Prince and Kunz – These are the main characters in Swansong

After a brutal attack on a party she helped organize, at which many different factions of vampire high society were present, everyone initially suspects everyone of treason. So that this political powder keg doesn’t blow up in Iversen’s ears, she tasks our characters with solving the crime. For this we have to go into the human world without violating the eponymous “masquerade”. So the requirement that mortals should not be aware of the existence of vampires.

The story takes place in one night and is divided into different phases in which we have to complete a chapter with each of the three playable characters. The game saves automatically, manual saving during the missions is not possible. Our trio consists of the following: 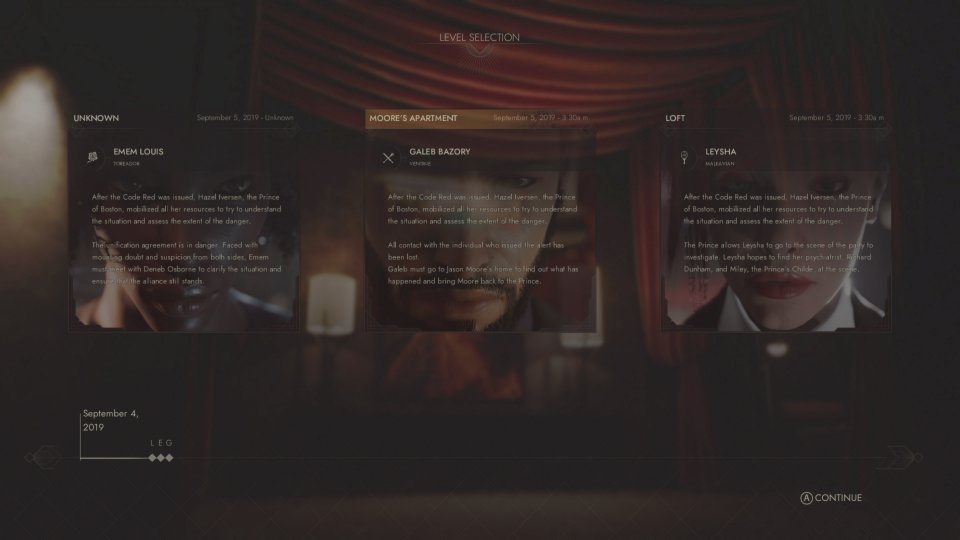 We can decide in which order we complete the missions. That doesn’t change anything about the plot, but it might change our level of information.

emem, a former jazz diva, club owner and member of the cosmopolitan Toreador clan. Her current girlfriend, as the designated party planner, is one of the main suspects. She’s also struggling with her ex, who is a member of the vampire council of elders and may be pursuing her own agenda against Prince Iversen’s interests.

Galeb, one of Boston’s oldest vampires who belongs to the influential Ventrue clan and needs the prince’s permission to turn his girlfriend into a bloodsucker. In terms of his behavior, he is most reminiscent of a classic vampire, as we know him from countless stories. Vain, scheming and egotistical, but certainly adept at diplomacy, Galeb has at least the most tangible personality of the three playable characters. Which makes him the most agreeable of characters, but also the most conventional.

Leysha from the clan of the insane Malkavians. She is plagued by visions and is in therapy. In addition, she is accompanied by a hell of an annoying vampire child who is obviously voiced by an adult woman. Her game passages were the worst. 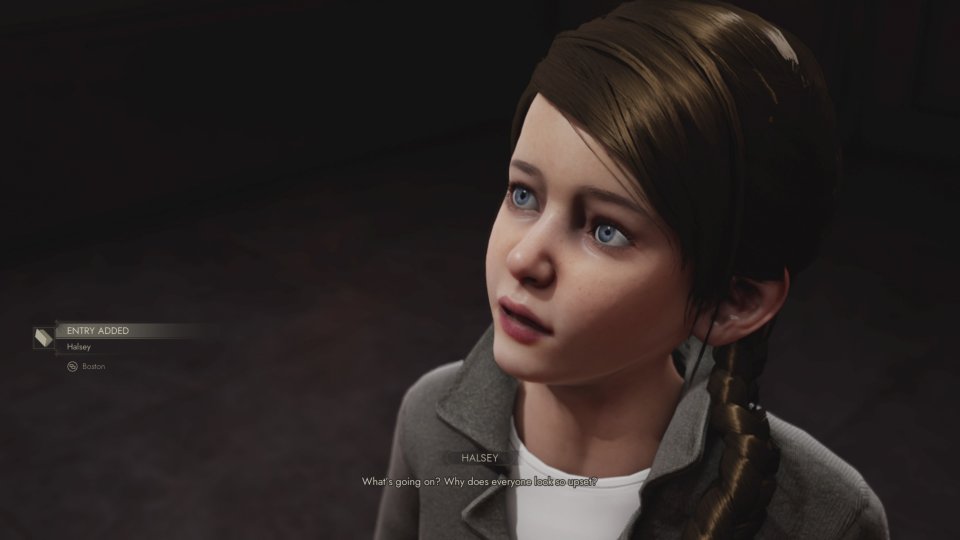 Each character has different powers, so-called disciplines, which can be upgraded with experience points. In addition, points can be invested in general skills such as rhetoric, lockpicking or intimidating. Depending on how you have skilled your character, you have different ways of approaching the individual missions.

Vampires: Swansong: Video – How to play the bloodsucker RPG

In the new vampire role-playing game, we control three different bloodsuckers. We’ll show you how it works in our preview video.

Nintendo Switch Sports: A moving experience for the whole family

Six varied disciplines await you in the recently released Nintendo Switch Sports, which is great fun alone or with friends.

The environments of Vampire: The Masquerade – Swansong (buy now ) consist largely of designer homes and opulent villas. In later missions, however, we also come to somewhat more unusual places. None of it looks really impressive, but we appreciate that the rooms have always been furnished well with their occupants in mind. The development team has also obviously thought about which items can be found where in the game world, so that a placement makes at least halfway sense logically.

Henderson: Warzone 2 will get the interrogation system from Rainbow Six Siege