25 years of Dungeon Keeper: That’s how it came about, so Part 3 is excluded

The 1990s were the decade of great innovations: Thanks to Doom, Duke Nukem 3D and Quake, first-person shooters shot up like weeds. Command & Conquer and Warcraft fueled the real-time strategy. The prevailing game developers were in a spirit of optimism and also had the courage to break new ground. Bullfrog’s jailer, Dungeon Keeper, also appeared during this period. To this day, many fans remember the unusual strategy simulation penned by the British studio Bullfrog Productions.

The game design, the bitter humor or simply the option to slap your own subordinates with the virtual demon hand are just a few points that have stuck in your memory to this day. But what many do not know: The development of Dungeon Keeper could hardly have been more chaotic. At times, the game was even completed in the private home of creative head Peter Molyneux. For the 25th anniversary of the classic, we look back at the curious history of the origins of an equally curious game. Off to the dungeon! 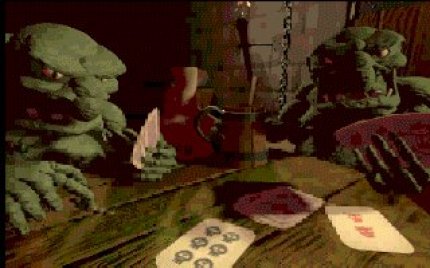 The imps do the dirty work in Dungeon Keeper. In the intro, the fellows knock out another round of cards.

Bullfrog Productions was one of the rock stars of the game developer scene in the early 90s. Founded in 1987 by Peter Molyneux and Les Edgar, the small team quickly built a solid reputation for innovative products. Already the third game of the British conquered the mass market: Populous.

The strategy game released in 1989 established the genre of “god simulations” and has sold over four million copies to date. It was then distributed by Electronic Arts, who recognized the potential behind Bullfrog and their ideas early on. Under pressure from EA, Populous was followed by the strategy game Powermonger (1990) and finally Populous 2: Trials of the Olympian Gods (1991).

Bullfrog grew rapidly in the early 1990’s and moved into larger offices at Surrey Research Park in Guildford. Peter Molyneux himself became a video game celebrity, the creative mind that symbolized the credo behind Bullfrog Productions. 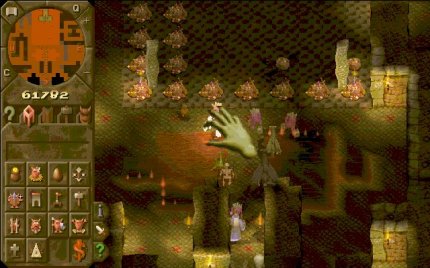 The demon hand serves as a virtual cursor. You can use it to lift or even slap individual creatures to motivate them to work faster.

After all, it was he who had the first idea for Dungeon Keeper. Funnily enough, the experience gained from the development of the amusement park simulation Theme Park (1994) served as a basis. However, Molyneux reversed the approach to the setting: the cheerful amusement park became a gloomy vaulted cellar in which the player, as a jailer, cultivated creatures, built structures and defended himself against invading heroes.

“It was Peter’s idea first and foremost. It came from a group (as a team) that played a lot of warlike board games that developed amazing dynamics,” Dungeon Keeper programmer and Bullfrog collaborator Jonty Barnes told Retro Gamer magazine .

The thought behind it was: “What if I, or the player, lived as an evil person in a dungeon? And all these do-gooders and knights came to destroy what is important to you. What if they believed that they doing the right thing when they really shouldn’t be in your kingdom in the underworld?” Barnes elaborated on this point. 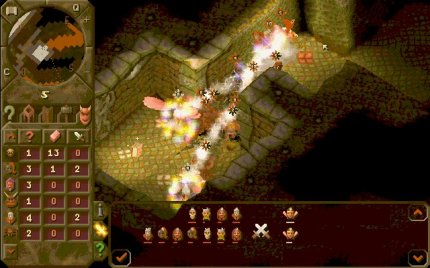 The fairies are units of the good and attack from afar with spells. They are weak at close range, but quite dangerous at range.

So while the concept for Dungeon Keeper was gathering momentum in early 1994, behind the scenes at Bullfrog Productions, things were bubbling up. As early as the end of 1993 there were initial talks with Electronic Arts and other large companies about a possible takeover of the hitherto independent studio. The negotiations lasted for months.

And while in November 1994 development of Dungeon Keeper officially began, in January 1995 Electronic Arts acquired Bullfrog Productions for a reported $44 million. This development had a huge impact on Bullfrog’s direction. The measure allowed a massive expansion, the workforce grew from 35 to 60 to over 150 employees within a very short time.

Peter Molyneux became Vice President of Electronic Arts and also headed EA Europe. He was assisted by Les Edgar, who served as vice president of EA Europe under Molyneux. The result: Bullfrog Productions lost its creative leadership because Molyneux and Edgar were now rarely on-site and instead were often at EA HQ.

With this change at the top, an almost three-year developer odyssey began, which was characterized, among other things, by release postponements, controversial personnel decisions and, above all, a lot of crunch.

In this special + video we present the ten most hated mobile games of the last few years!

A developer of the classic Dungeon Keeper hid a reference to extreme working hours in the game’s files.

Lead programmer Simon Carter, artist and producer Mark Healey, and designer Barry Meade have now taken on responsibility for the further development of Dungeon Keeper. The graphics engine of the first-person game Magic Carpet from 1994 was used as the technical basis for the first prototype.

Pokémon GO, today a new Community Day: Geodude of Alola is the protagonist