Would you like to go back in time and prevent any events – say, kill Hitler in the cradle, or at least avoid a bad date? In Eternal Threads, you will do just that – go back in time to save the residents of a house who died in a fire. Whether this trip will be exciting – we will tell in the review.

In the future, mankind’s experiments with time travel led to a disaster: particles moving into the past violated a lot of causal relationships, which changed many events, led to damage to the time stream and affected the fate of the entire planet.

Now, outside the scientific complex, where we begin our adventure, there is a scorched desert, and the base employees are trying to prevent the cataclysm by correcting time distortions with surgical precision. 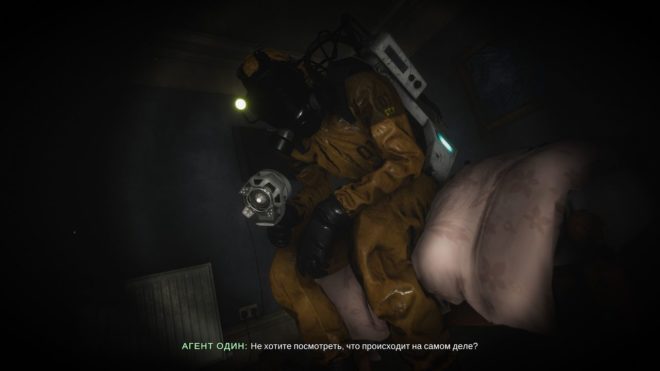 One of these missions goes to the main character, an agent with the call sign “43rd”: he is sent to England in 2015 with the assignment to rescue six people who died in a fire in the house where they lived. The fire itself cannot be extinguished, this is an inevitable event, but during the seven days preceding it, it is possible to influence the decisions made by the residents so that they eventually survive.

The protagonist is equipped with the latest technology. At his disposal is a device that allows you to view all the events in the house, divided into episodes. All episodes are plotted on a timeline, you can rewind it as you like, run events in random order, review many times, ask AI for a brief report on what is happening. 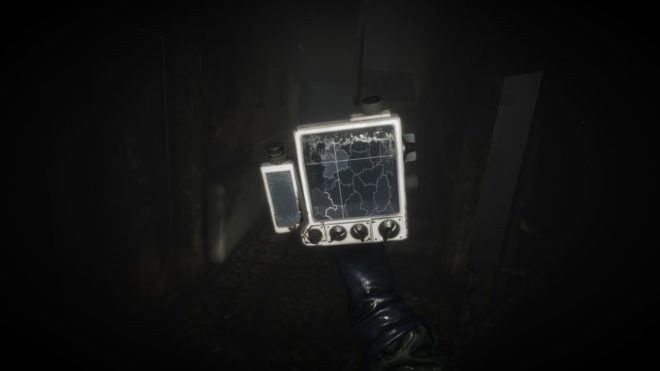 Further more. The timeline contains events that will happen anyway, episodes that can be influenced, and possible events that may or may not happen. We create them by making certain decisions in the course of the “investigation”.

For example, one of the tenants, a guy named Neil, is very hot-tempered and gets into a fight at any opportunity. His impulsiveness leads to the fact that Neil gets into a conflict with the landlord, after which you can start the story in different directions: either leave everything as it is, which makes the young man even more actively engage in self-destruction, or try to help him, find out the reasons for aggressive behavior and restore peace of mind . In the first case, Neal will die in a fire, having drunk himself unconscious on that fateful evening. In the second, he will have a chance to survive and help others to be saved. 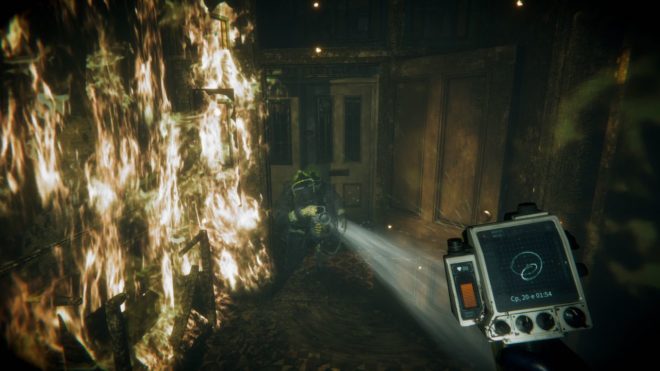 And there are many such decisions with a “butterfly effect” in Eternal Threads: there are about 200 episodes in total in the game, and a good quarter of them allow you to influence events. At first, everything is simple: we change one decision – we immediately see the result. But the further we move along the timeline, the more episodes become connected. As a result, in order to open a possible event at the end of the scale, one has to return almost to its beginning, successively changing several decisions, discarding some plot branches and adding others.

Sometimes it can be quite difficult to create a chain that will help achieve the desired result, but every time it is very exciting. Unlike games like Detroit: Become Human, where you have to replay entire chapters with unskippable cutscenes to change your choice, in Eternal Threads the narrative is built in a much more convenient way.

Episodes are very short – up to a minute, you can get to any point in the timeline instantly, and changes to events are made with one click, while the game kindly scrolls the dialogues to the point of intervention. Perhaps, we have before us the most comfortable game of those where you can make various decisions and observe their consequences.

However, all this would not have been of interest if the writers had not taken care of the characters. Each of the six is ​​a unique personality with its own character, secrets and worries. Nothing supernatural – these are ordinary people, but that’s what they bribe. Someone is going through a painful divorce, someone has an unexpected pregnancy, and someone hides a severe childhood trauma behind feigned carelessness. 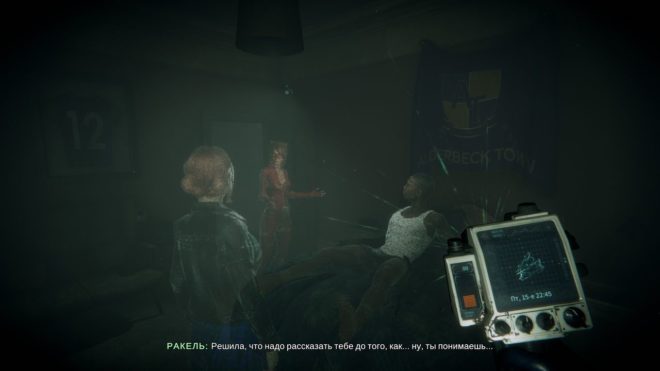 The task “with an asterisk” in the game is to help the heroes not only survive, but also solve personal problems. Building an ideal list of events took me some time, which I do not regret at all – during the hours spent in the game, I managed to get close to the heroes and feel their fate, which made me want to help them, and not just pull them out of the burning house.

When it comes to gameplay, Eternal Threads is almost flawless. Things are getting worse with the visual component. Exploring the fire-damaged house, we will see sooty walls, rickety stairs and scattered objects, and the holograms that show the events that took place before the tragedy are very plain, and are not able to hide the general poverty of the picture. 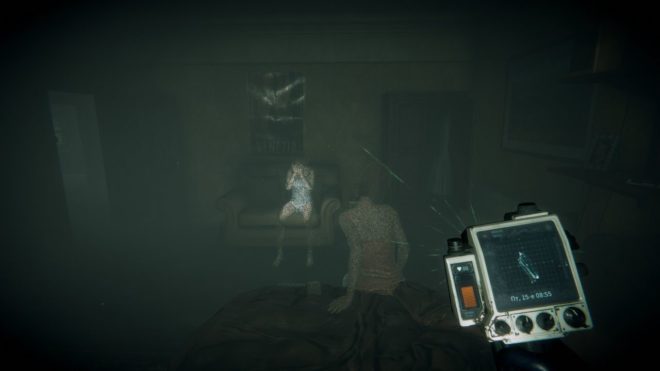 The ending of the story also raises questions. We save all the characters (or, depending on the decisions made, we don’t), and in the last episode, the game, suddenly remembering that we still have a global plot with a post-apocalyptic future, shows a strange scene, either leaving a reserve for a sequel, or trying to shroud what is happening in a veil of secrecy. Here I failed to reveal the intention of the developers; if you succeed, write in the comments.

Eternal Threads is definitely worth checking out if you like butterfly effect games. There are far more action-packed decisions here than in Life is Strange, and more coherent storytelling than in Heavy Rain and Detroit: Become Human. A wonderful adventure, the only drawback of which is the lack of bright colors.

An interesting plot with a “butterfly effect”

Convenient movement along the timeline

The ability to influence the fate of all characters