PlayStation Store discounts: remakes, remasters and classic games not to be missed

Probably inspired by the increasingly imminent launch of Pac-Man Museum +, Sony has chosen to once again celebrate the classics of the past returned to new life on modern gaming platforms. Such as? Obviously with a new promotion on the PlayStation Store, with hundreds of remakes, re-editions and remasters at a discounted price! There is something for all ages and for all levels of nostalgia, but we have decided to make your choice easier by drawing three different titles from as many videogame eras: here are our tips for purchases.

Alan Wake 2 will not be released before 2023, luckily Remedy offers us the opportunity to relive the first adventure of the cursed writer with Alan Wake Remasterednow available at a discounted price. Launched on the market last year, this remastered edition has in fact scored the game’s debut on PlayStation platforms, which had never been achieved in the previous eleven years. For those of you who don’t know, Alan Wake is a cinematic, third-person action thriller which sees the homonymous protagonist set out in a desperate search for his wife, Alice, who disappeared under mysterious circumstances in the town of Bright Falls, located in the north-west of the United States of America. In the course of history, strongly influenced by television works such as Twin Peaks and by Stephen King’s bibliography, the author will strongly question his sanity, finding himself forced to face the forces of darkness armed only with a flashlight and a pistol.

Alan Wake is the son of a Remedy in a state of grace and this Remastered version adequately pays homage to the original work by offering the two DLCs in a single package, The Signal And The Writerand an enhanced graphics, which on PS5 it goes up to 4K resolution at 60fps (a single purchase is enough to get both versions for PlayStation consoles). More details can be found in our Alan Wake Remastered review.

From the zero years: Call of Duty Modern Warfare Remastered for 19.99 euros 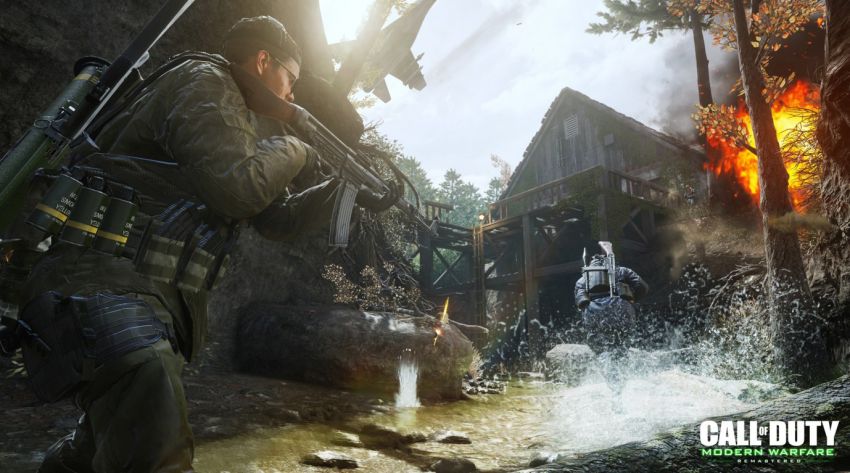 Son of an era that no longer exists, Call of Duty: Modern Warfare Remastered delivers one of the most popular campaigns of the series, which with its linearity tells a courageous story assisted by a great variety of places and situations. The gameplay still knows how to be today fun, fast and rigorousespecially in a multiplayer sector to which we owe the “invention” of Series of killings and Prestigi, mechanics that have become essential in his contemporary heirs.

The technical sector renews e adequately polishes the original experience, updating it without distorting it. Too bad for the absence of a version specifically dedicated to PlayStation 5, but unfortunately at the time of the launch of the Remastered (in 2016), the Sony console was still a distant dream. Learn more about the game in our Call of Duty Modern Warfare Remastered review.

From the nineties: The Disney Afternoon Collection for 4.99 euros

Our latest proposal is so nostalgic that it can’t be more nostalgic. With only 4.99 euros, you can go back in time up in the early 90swhen young people of the time spent their afternoons watching Disney animated shows and then reliving the adventures of their favorite characters in 8-bit on the NES. Thanks to The Disney Afternoon Collection you can go hunting for treasures with Scrooge Scrooge, fight crime as the heroic Darkwing Duck, take off with the ace of the skies Baloo and help Chip and Dale (also in cooperative) to get rid of the Gattolardo. Well included in one package six classics – DuckTales, Chip ‘n Dale Rescue Rangers, TaleSpin, Darkwing Duck, DuckTales 2 And Chip ‘n Dale Rescue Rangers 2 – embellished with improved graphics and filtering options that recreate a retro atmosphere.

The collection also offers the new Boss Rush and Time Attack modeswhich encourage play against the clock and offer online leaderboards, and a new one rewind function, which makes adventures more accessible for beginners with the ability to go back and recover quickly from mistakes. Finally, the package takes care of bowing Museum, which adds elements to the story and offers a lot of extra materials, such as sketches and music, carefully preserved. Read the review of The Disney Afternoon Collection.