AMD or Intel: which is better for gaming?

Like Apple vs. Microsoft or Destiny vs. Borderlands, the rivalry between AMD and Intel is one of the biggest debates among PC lovers. Both companies are very different from each other, as are the products they produce.

However, only one of these two silicon thin wafer vendors will power your PC. Which processor is right for you? We dug into the details to find out. 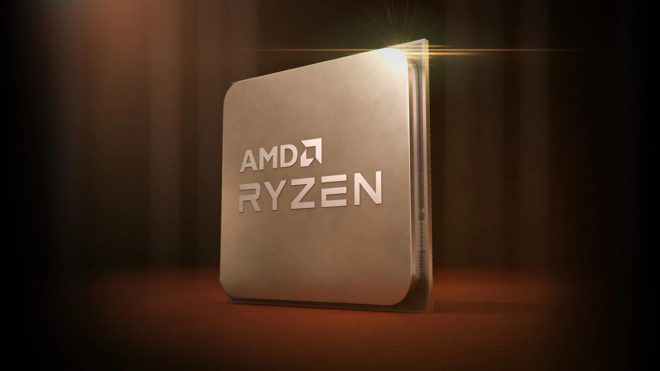 Since cost is a major factor when building, upgrading or buying a PC, choosing the right processor often comes down to finding the one that offers the best bang for your buck. Typically, AMD chips are cheaper and perform worse, but this is not the case with the latest generation of processors. While AMD is still great value for money, the company does have some costly options that are even more powerful than Intel’s in some cases.

In the lowest range, AMD and Intel processors cost between 8,000 and 10,000 rubles for a pair of cores and power-saving clock speeds. As for the highest level, the prices for the chips of both companies reach several tens or even hundreds of thousands of rubles, and these devices are capable of a lot. In the case of AMD, the Ryzen 9 5900X is king – the processor has 12 cores, 24 threads, and the price is about 42,000 rubles. Intel’s best chip of the latest is the 12900K, which has 16 cores and 24 threads, but performs slightly better at 5.2 GHz, compared to the 5900X’s 4.8 GHz. At a price it is more expensive – about 65,000 rubles.

For mid-range features, we recommend using Intel Core i5-12400F chips for 16,000 rubles and Core i7-12700K for 43,000 rubles. As far as AMD is concerned, the 3700X is a fantastic 8-core/16-thread processor that greatly speeds up the instruction per clock rate of its 2700X predecessor, all for around $24,000. It’s a killer chip that fires Intel up and wins in video games while also dominating multi-threaded workloads. 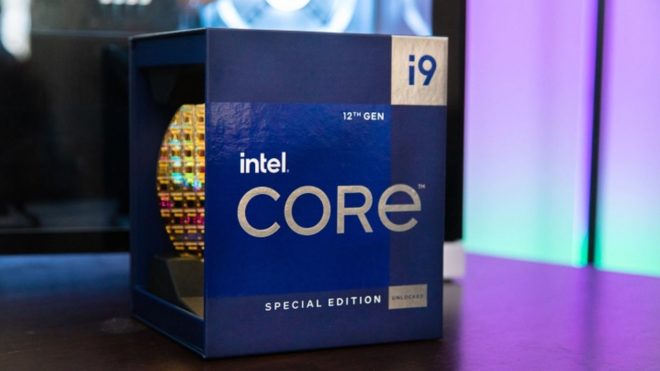 Aimed at avid enthusiasts and developers, Intel Core i9 and AMD Threadripper processors offer even more multi-threaded performance and continue to expand the number of cores and threads. Tenth and twelfth generation Intel processors offer 10 to 18 cores, and thanks to hyperthreading, up to 36 threads. Prices can be very high, for flagships it can exceed 100,000 rubles.

While the new generation of AMD Ryzen 5000 processors can give these chips a run for their money in some workloads, if you need lots of PCI Express lanes, the first and second generation Threadripper processors are still worth considering. Threadripper 2000 series chips offer 12 to 32 cores and up to 64 threads with simultaneous multi-threading.

All Threadripper chips support 64 PCI Express lanes, which is a big improvement over Intel’s maximum range of 44. However, they are more power hungry thanks to all those extra cores.

If you’re planning to build a cheap system without discrete graphics, Intel is pretty much your only option. AMD’s current Ryzen 5000 APU lineup starts with the Ryzen 5 5600G, which costs almost 20,000 rubles. While Intel’s integrated graphics are typically slower than AMD’s, the Core i3-12100 with integrated graphics is cheap, fast enough, and pairs well with an upcoming mid-range GPU. 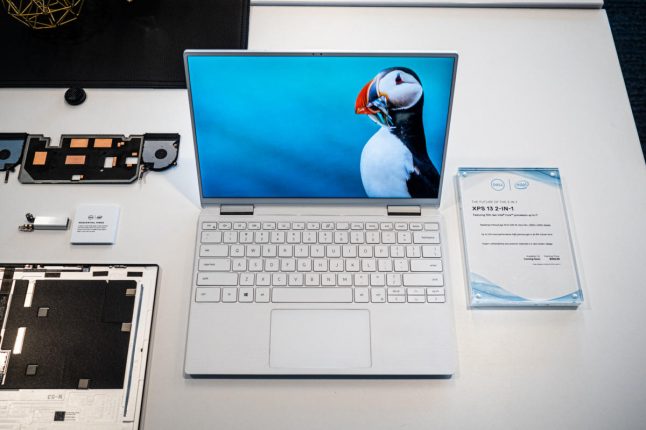 The laptop market is a different story. Most of what you find is based on various generations of Intel processors and integrated graphics. As a Dell spokesperson pointed out last year, Intel’s baggage is simply huge compared to AMD: the gap between the two companies is significant in terms of market share and “use cases.”

Intel notebook processors, like desktop processors, run on Alder Lake, and you can find laptops equipped with 12th generation processors in almost every segment. Alder Lake is available in four variants: low power U models, medium power P models, and high power H and HX models. Generally speaking, the more power, the faster the CPU, but some H and HX CPUs have fewer cores than P CPUs, so performance will not only depend on power.

Generally speaking, you’ll find U- and P-type processors in lighter and thinner laptops, with a focus on good battery life, decent integrated graphics, and overall satisfactory performance. The H and HX CPUs are primarily designed for gaming laptops, and they are usually paired with a powerful AMD or Nvidia GPU (and soon an Intel GPU).

AMD recently released their Ryzen 6000 processors and while they are good, they are limited by competition in the lower to mid range. AMD’s biggest problem is that its fastest laptop processors only offer 8 cores, while Intel’s fastest processors have 16.

AMD uses basically the same naming scheme as Intel, allowing for thin and light laptops as well as high-end gaming laptops. The current generation is Ryzen 6000, but you can find Ryzen 5000 processors in laptops too. Both are based on the same architecture, so while the Ryzen 6000 offers performance improvements, they are not significant.

In general, both companies produce processors side by side on almost all fronts – price, power and performance. Intel chips tend to offer the best per-core performance, but AMD makes up for it with more cores for a given price and better integrated graphics. 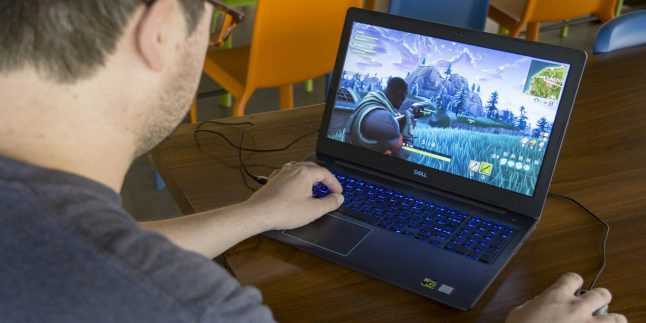 Gaming is one area where choosing a processor can get tricky. Whether you’re using Intel or AMD, you’ll spend roughly $20,000 to $40,000 for mid-range gaming processors and up to $70,000 if you need a top-end chip for high frame rates or streaming and gaming at the same time.

Those who are serious about gaming use a discrete GPU rather than integrated graphics. In such a case, Intel tends to dominate gaming performance due to the way the two chip giants build their processors. The 12900K is arguably the most powerful gaming processor currently available, even if early benchmarks were a bit fishy.

AMD chips, and the latest Ryzen processors in particular, are great contenders, but the 12900K competes in most games with the 5900X. They also kill Intel in more multi-threaded scenarios and work great with applications that support multiple cores.

It used to be a lot easier to recommend Intel for gaming, but times have changed. If you only use your PC for gaming, then the 12700K and 12900K are the best options, but Ryzen 5000 processors at similar prices will provide comparable gaming performance and much better performance in other areas. If you’re doing something other than gaming, the Ryzen 5000 processor is the best choice.

It is worth considering mid-range Ryzen processors, including from previous generations. The Ryzen 3600 and 3600X offer incredible value while being very capable in terms of gaming. Even at the lowest end, AMD Ryzen processors with Vega APUs offer decent gaming performance worth considering, but their weaker compute capabilities mean they aren’t cost-optimal in the long run.

Unless you’re trying to play at very high frame rates or you’re running at resolutions like 1080p, the processor is rarely the limiting factor in games. Upgrading to a more powerful graphics card usually produces better results than going to a powerful processor. And don’t forget that sync technologies like FreeSync and G-Sync can also make a big difference in how gameplay looks, with or without your CPU optimization. 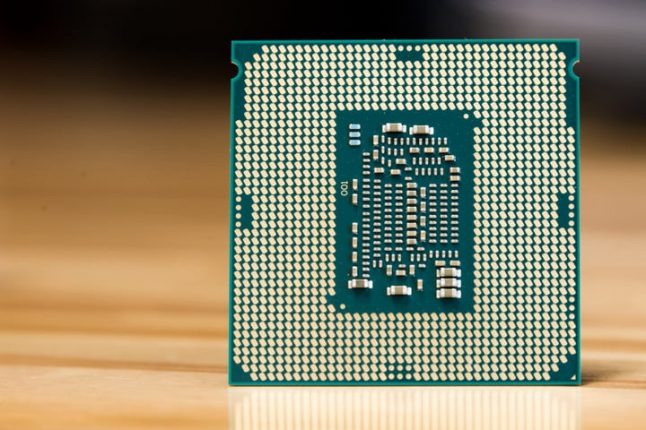 During your daily workload, top processors from AMD and Intel won’t deliver radically different results. There are clear differences in specific scenarios and benchmarks, but the chip is no longer the cornerstone of PC performance it once was.

That said, AMD processors, especially the latest Ryzen 5000 models, offer amazing value and performance across the range. From the modest 5600G all the way up to the 5900X, the returns are arguably much better with AMD processors, even if you’re primarily a gamer. Intel processors are still good, but if the company wants to stay competitive with AMD, Intel will have to cut prices, which might be worth sticking with if you’re only interested in buying Intel.