The seventh year of the Ubisoft tactical shooter is now well underway and, after an explosive first season (here is our in-depth analysis on Rainbow Six Siege Operation Demon Veil), the title is about to expand again. For this spring update the guys on the development team have decided to dare, providing for the implementation of several new features that for sure will satisfy both new players and the old guard. First of all, the studio decided to focus on the expansion of the narrative substrate, deepening the history of the operators and the lore of the game.

With Operation Vector Glare, available to everyone starting June 7, we will finally see the arrival of the elusive teams, founded by Henry on the occasion of the restructuring of the Six program. The first team that Henry will set up after the review will be Wolfguard, whose captain will be DOC, and this group will also include Sens, the new operator of the roster. Therefore, over the course of the season we will be able to find out much more about the history of the new collective and its members.

As usual, the next Season of Rainbow Six Siege is full of great news. In addition to the renewed focus on lore, we also find a plethora of succulent content to be discovered. Obviously, we can’t help but start with what can be considered as the “main” content of the expansion: Sens, the unprecedented striker arriving in the roster (and in the Wolfguard team). The Belgian Sens is an extremely flexible support assailant: he can carry the defuser, create strategic opportunities for his team, and support his teammates in the plant phase. In short, the character is really very eclectic and it could turn out to be a more than decent choice for all those who do not feel comfortable in a well-defined role and prefer to adapt to situations in a chameleon-like way. Sens is however a very heavy operator to use: armored enough (3 points) and rather “slow” (speed 1). The attacker then exploits the POF9, a new assault rifle, reliable yes but with a low damage rate and weak destructive capacity. The fighter is equipped with the unique gadget called Rolling Obstructive Utility – a throwable shooting tool that also has the ability to bounce. During his “rolling” path he releases a series of micro projectors that emit a continuous wall of light for a set period of time. Such a barrier does not stop bullets, it only blocks lines of fire. But how will Sens’s gadget interact with those of other operators?

We have had the opportunity to see him in action in different situations: for example, Wamai’s gadget will divert the trajectory of the ROU, thus messing up the positioning of the wall of light; Mute with his jammer will block the activation of the projectors, Warden will be able to see through the light barrier, like what Glaz will be able to do with his sights and obviously also all the thermal activated cameras. Sens’s gadget is not indestructible, so it can be annihilated with any type of explosive. Also, if thrown through barbed wire, the ROU will be slowed down.

Close Quarter is a real novelty within the Rainbow Six Siege locations. The map is in fact the first specifically designed for Deathmatch mode. This place is based on continuous movement: the design of the area is therefore circular, so as to facilitate the movement of operators. In terms of lore, Close Quarter is a service facility in Greece, converted by Henry as a training base for operators. The experience that the new map aims to offer seems to be one of those never experienced before by gamers, who will find themselves in a different place than usual, very “fast” and adrenaline-pumping. Furthermore, the structure is specifically designed to have many destructible parts, an aspect that helps to accelerate the pace of the game making it frenetic and completely unpredictable. In addition, the stairs and the rooms will be very close to each other, also distinguished by different colors and names, to ensure that they are more easily identifiable by the players who will have to communicate with their teammates.

All the other news: on boarding

Given the mammoth content of the title, the development team thought it was time to give the whole sector a makeover “educational“Here, then, that from next season there will be new features dedicated to making the entry of new players much softer than in the past.

Gameplay changesA number of gameplay changes will also come with the new season. Two are in particular the most interesting: in Vector Glare the possibility of having a third slot available to many operators (among others Castle, Kali, Finka, Clash, Amaru) will return for secondary weapons. This promises to bring much more variety and choice back into the game. The second novelty, however, concerns the effect of the explosion on the cameras and three different options will be introduced to choose from.

There will be, for example, guides for each operator, which are short trailers that will explain the unique abilities and characteristics of each character. Another long-requested feature will also arrive: the shooting range, a place finally dedicated to training and understanding the behavior of every firearm and every accessory. In the range there will be two tunnels: one to test the recoil and dispersion of the bullets and another dedicated specifically to understanding the actual damage caused by the shots in each part of the body. It should be emphasized that all weapons, even those of non-acquired operators, will be testable in the Polygon. The team was keen to tell us – while not unbuttoning too much – that over the seasons there may be further news for the Polygon.

The behavior of the players

The next season it will also introduce the Privacy Mode for everyone: this feature, tested for a long time by selected content creators, will prevent malicious people from being able to take advantage of stream sniping simply by recognizing the player’s nickname. In short, you can hide the nickname or rename it, making it appear as a different name in the eyes of other players. 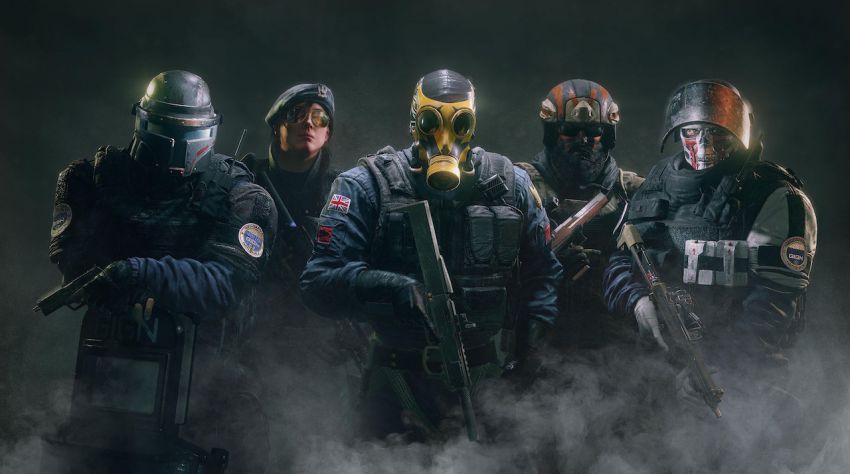 Another novelty regarding user behavior will concern the reverse friendly fire (which will arrive during the season) which, of course, falls within the complex reputation system set up by Ubisoft. The mechanism will kick in when the game detects multiple friendly fire abuses over the course of several matches. As the incorrect actions accumulate, the player will begin to receive targeted messages warning him to change his behavior. If the latter perseveres in his attitude, the penalty will be applied.

Several novelties will also touch the ever-fundamental eSports ecosystem of R6 Siege. First of all, the tactical timeout will be implemented natively in the game, it will be available in customized games and it will also be possible to request it in the role of observer or coach. The second change (definitely the most important) concerns the quarantine period for operators.

From the new season, all operators entering the roster will be available and selectable immediately and will no longer have to wait for the three-month period before they can be used in tournaments. This means that pro players will have to adapt quickly to an evolving meta, thus making matches much more unpredictable and spectacular.

S1mple: "I feel like we're number one. Let's remind ourselves of this"