Together with the Ryzen 7000 desktop processors, AMD today announced the Mendocino family of hybrid chips. They are produced in 6nm technology at the facilities of TSMC, are designed for use in mainstream laptops and will debut in the last quarter of this year. 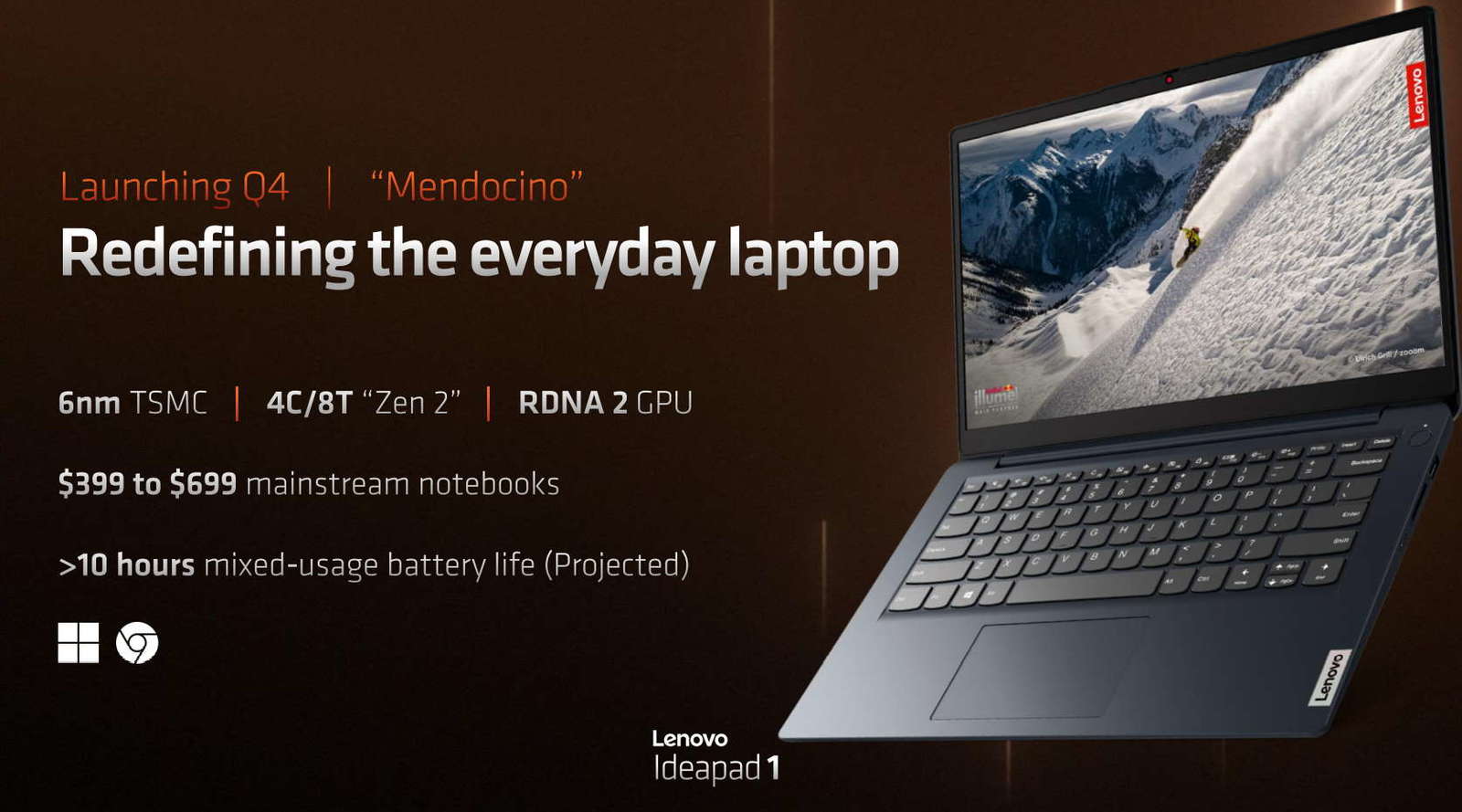 In AMD Mendocino mobile processors, the chipmaker combined four cores on the Zen 2 architecture and a 2nd generation RDNA graphics unit. This, according to the company, is enough for most ordinary users. Prices for Mendocino-based laptops will range from $399 to $699, with devices able to offer more than 10 hours of battery life.

Recall that for more demanding users, AMD is preparing mobile processors with the Zen 4 architecture. At the beginning of 2023, two families of hybrid chips will be released at once: Phoenix and Dragon Range. They will be part of the Ryzen 7000 series, support LPDDR5 / DDR5 RAM and a high-speed PCI Express 5.0 interface.

Beat Arkham: how Sony got exclusives with Marvel heroes, and Microsoft was left with nothing