Taiwanese company MediaTek today introduced three new mobile processors for mid-range smartphones: Dimensity 1050, Dimensity 930 and Helio G99. All new products are systems on a chip (SoC), which are based on a 6-nm manufacturing process. Each chip received eight computing cores. 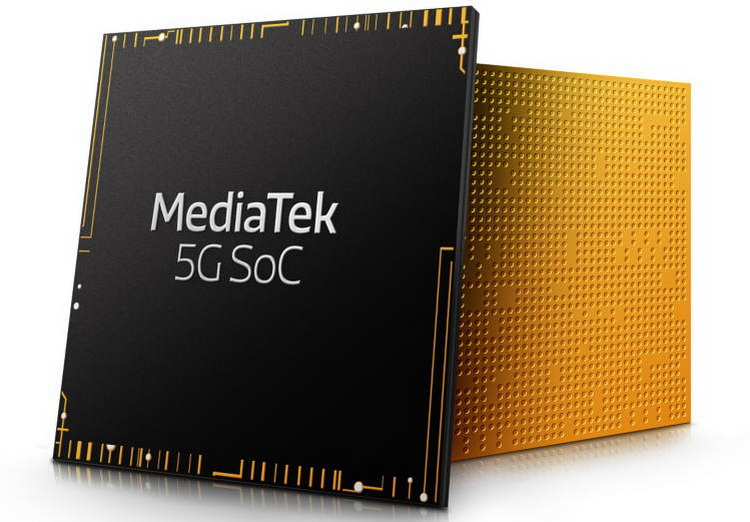 MediaTek Dimensity 1050 is a “light” version of the Dimensity 1100 model. However, at the same time, this is the first processor from the company that has the ability to connect to 5G networks in the mmWave 5G and sub-6GHz bands.

The Dimensity 1050 uses two high-performance Arm Cortex-A78 cores clocked at 2.5GHz. What energy-efficient cores are used here – the manufacturer does not indicate. It is very likely that we are talking about Arm Cortex-A55. The chip also received an Arm Mali-610 graphics core with support for MediaTek HyperEngine 5.0. The latter provides additional tools and optimization features to improve performance in games. 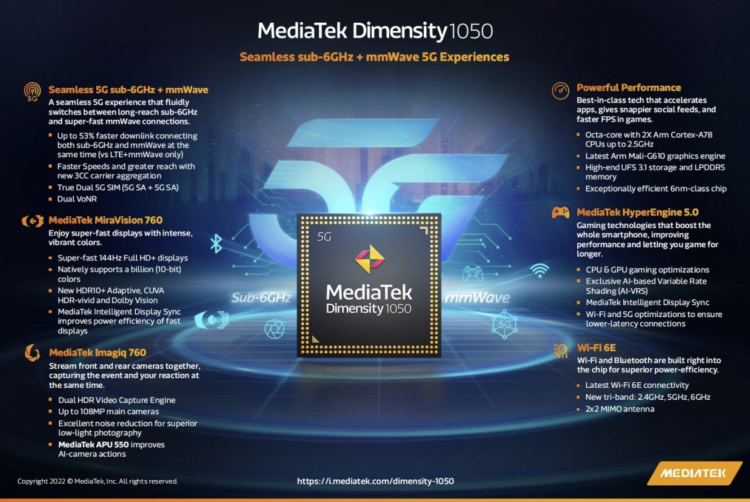 The Dimensity 1050 is said to support UFS 3.1 flash memory, LPDDR5 RAM, Full HD+ screens with refresh rates up to 144Hz, and AV1 hardware decoding capabilities. In addition, the manufacturer notes compatibility with HDR10 + and Dolby Vision standards. It also indicates support for cameras with a resolution of up to 108 megapixels.

The first devices based on MediaTek Dimensity 1050 should appear on the market from July to September this year. 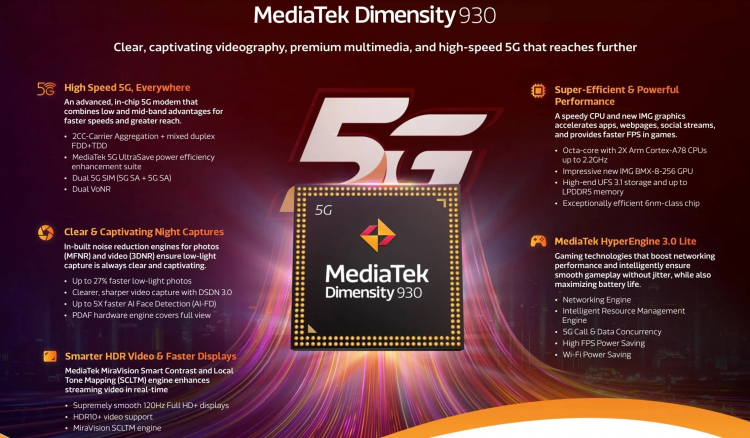 The company says the Dimensity 930 will support UFS 3.1 flash memory and LPDDR5 RAM, cameras up to 108 megapixels with the ability to shoot video in 4K resolution at 30 frames per second, support for 5G, Wi-Fi 5, Bluetooth 5.2 and Full HD + screens , 120Hz refresh rate and HDR10+ 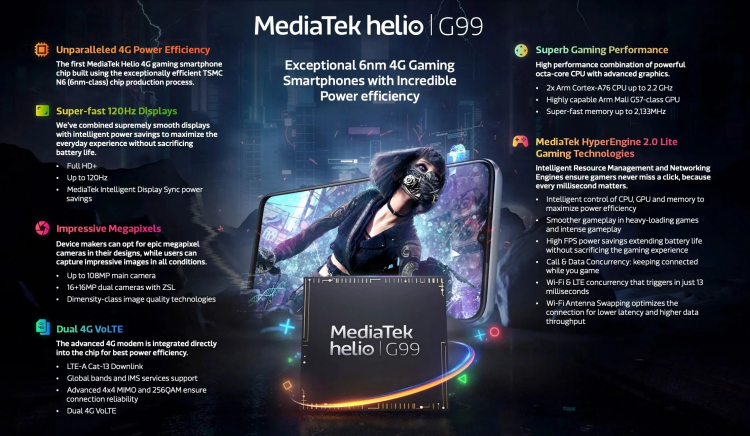 The Helio G99 platform does not support the 5G standard. However, the company has moved the chip to the 6nm process technology. The new SoC is more energy efficient than its 12nm predecessors.

The first devices based on Dimensity 930 should appear on sale in the second quarter of this year. Smartphones based on Helio G99 will debut on the market in the third quarter.