Although reports of a possible announcement of a Moto smartphone with a 200-megapixel camera on May 10 have not been confirmed, the rumors about the development of a flagship device with a powerful camera by Motorola turned out to be true, and this has received official confirmation. 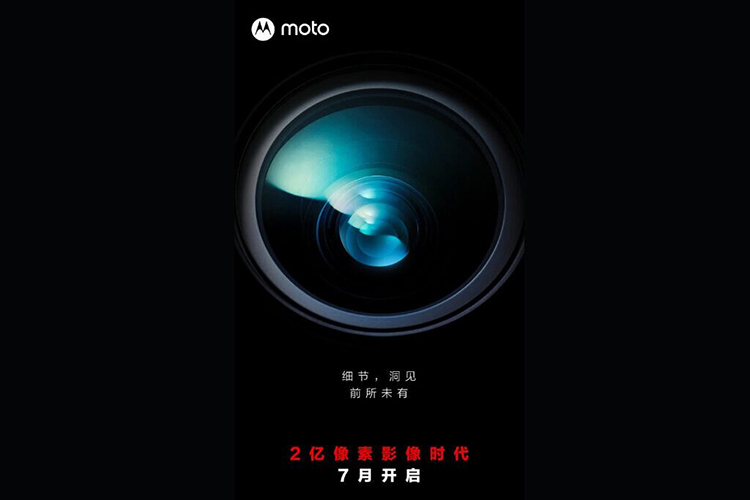 Motorola China revealed on Weibo on Monday that the Moto handset with a 200-megapixel camera will be released in July. Although the teaser does not indicate the official name of the smartphone, it can be assumed that we are talking about a device with the code name Motorola Frontier, rumors about which have been circulating on the Web for a long time.

A week earlier, Motorola revealed plans to launch a phone based on the new Snapdragon 8 Plus Gen 1 chipset. According to rumors, Motorola Frontier will be powered by the Qualcomm SM8475 chipset, which is codenamed Snapdragon 8 Plus Gen 1. That is, a smartphone with a 200-megapixel camera , indicated in the teaser, is most likely the device that Motorola announced last week.

According to sources, the Frontier is equipped with a 6.67-inch curved pOLED display with a refresh rate of 144Hz. On its back is a triple camera setup with a 200MP main sensor (probably Samsung ISOCELL HP1), a 50MP ultra-wide-angle module, and a 12MP telephoto sensor.

It is also reported that the smartphone’s 4500 mAh battery will receive support for 125 W fast wired charging and up to 50 W wireless charging.

MultiVersus: characters, balance and the future of the WB fighting game