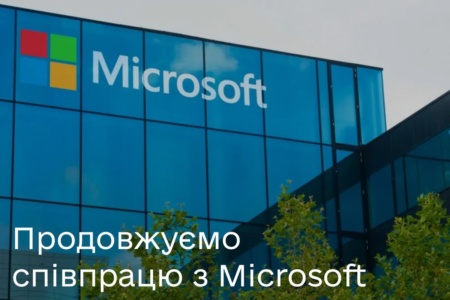 Minister of Digital Transformation of Ukraine Mikhail Fedorov briefly reported about a working meeting with Microsoft President Brad Smith in Davos, and once again announced the launch of Xbox in Ukraine.

If you remember, the launch of Xbox services in Ukraine was first promised to us by the end of 2020, and it was a rather ironic story with the signing of a memorandum and a number of sensational statements. Since then, the Ministry of Digital Development has announced the launch of Xbox in Ukraine several times (1 and 2), but the rhetoric has changed to a more restrained one – the ministry reported that they were working in this direction, without making any promises and without mentioning the timing (even tentative). And now, as part of the next phase of the announcement, Mikhail Fedorov confirmed that the Ministry of Digital Development has not abandoned its intention to bring the Xbox to Ukraine.

About the launch of Xbox in Ukraine

Xbox will officially launch in Ukraine. Finally, we will have Ukrainian accounts, and the consoles will have the Ukrainian language.”

Unfortunately, Mikhail Fedorov did not disclose any more details of cooperation with Microsoft to officially launch the Xbox in Ukraine. When that might happen is still anyone’s guess. At the same time, it is obvious that after the Victory.

Mintsifra also announced that the government will cooperate with Microsoft to document Russian war crimes.

In the context of war, the Microsoft team is helping to document Russian war crimes in Ukraine and is partnering with the UN team to share information on war damage in Ukraine. In turn, Brad Smith noted: “Microsoft has supported and will continue to support Ukraine.”

The Microsoft team will become the curator of the digital industry during the restoration of Ukraine, the ministry noted.

“We have been cooperating with Microsoft for a long time, and they actively support Ukraine during the war: they were one of the first companies to suspend all new sales of products and services in Russia in early March and provide free cloud services for Ukraine until the end of 2022”

In general, Microsoft calculated that through their initiatives they provided Ukraine with digital support for $242 million. This includes financial grants, promotional campaigns, free access to the company’s products and services, and equipment.

The day before, Mikhail Fedorov met with Nick Clegg, vice president for global policy at Meta. The main topics of the meeting were the opening of the Meta office in Ukraine and the imperfect moderation of content about the war on Facebook and Instagram.