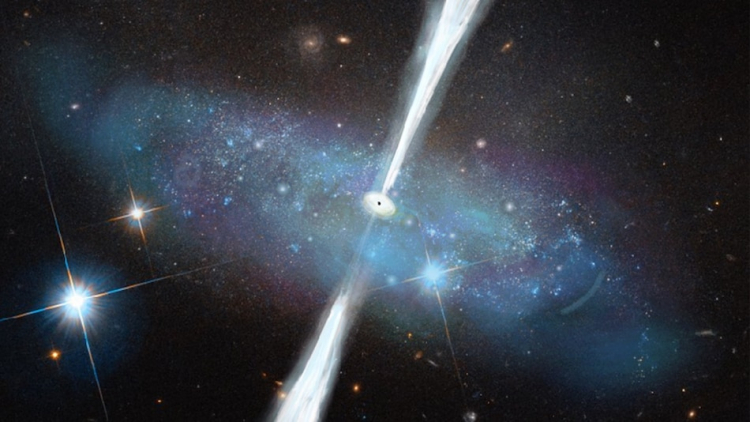 Scientists believe that the Milky Way spiral galaxy was formed as a result of the merger of several dwarf galaxies. However, it is still unknown whether all dwarf galaxies have massive black holes – knowing this would help understand how galaxies and black holes “grow together.”

A study published this week in the Astrophysical Journal helps shed some light on the matter. The publication says that massive black holes are found in dwarf galaxies many times more often than previously thought. Usually black holes intensely “glow”, absorbing the surrounding gas. At the same time, they were difficult to detect, since such radiation is masked by the radiation of many young stars. Thus, there is only indirect evidence that in reality there can be much more such black holes.

The researchers came to this conclusion by carefully evaluating the likelihood that the detected radiation does not belong to clusters of young stars. The black holes discovered by scientists are said to be potential ingredients for the formation of supermassive black holes like the one at the heart of the Milky Way.

Will God of War Ragnarok be released in September along with the game's merchandise?