MSI has released a special version of the GeForce RTX 3080 10GB graphics accelerator in the performance of Suprim X Assassin’s Creed Valhalla Edition. Technically, the novelty repeats the regular version of Suprim X. Externally, the map is designed in the style of a Scandinavian action game. 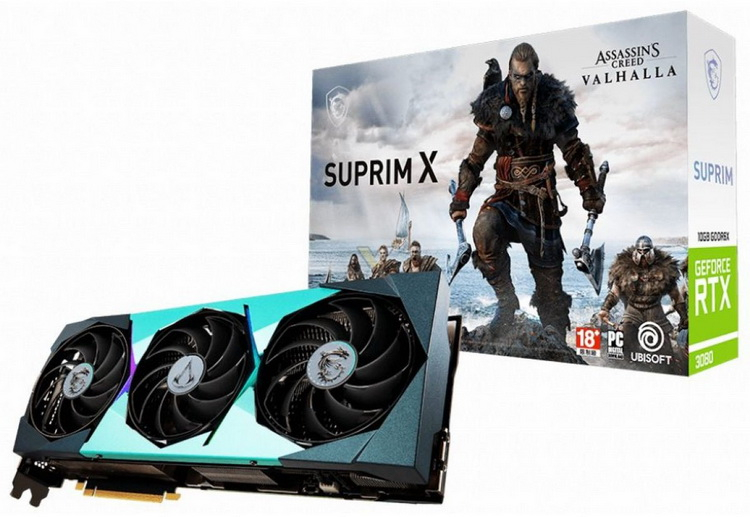 The model is based on a graphics processor with 8704 CUDA cores, operating at a frequency of up to 1920 MHz. Thus, this is one of the fastest versions of the GeForce RTX 3080 on the market. The factory overclocking of its GPU is above 12%.

The card has 10 GB of GDDR6X memory on board. Supports dual BIOS with quiet and performance modes. The declared level of power consumption of the video card is 370 watts. The novelty is equipped with three 8-pin connectors for additional power. Of the external video ports, three DisplayPort 1.4a and one HDMI 2.1 are announced.

Together with the launch GeForce RTX 3080 10GB Suprim X Assassin’s Creed Valhalla Edition the company also sells share with the opportunity to get a copy of the game of the same name. However, the promotion is valid only in Taiwan.

Will Forspoken for PC and PS5 have microtransactions? Square Enix denies

Battlefield 2042: Season 1 will only introduce a new map