While many PC makers are complaining about falling demand in the consumer sector, Dell is reaping the rewards of its strategy of recent years to focus on the needs of the enterprise segment. The company leads the market for workstations and PCs, monitors and even gaming computers. Deliveries to corporate customers formed more than 70% of Dell’s revenue for the last fiscal year. 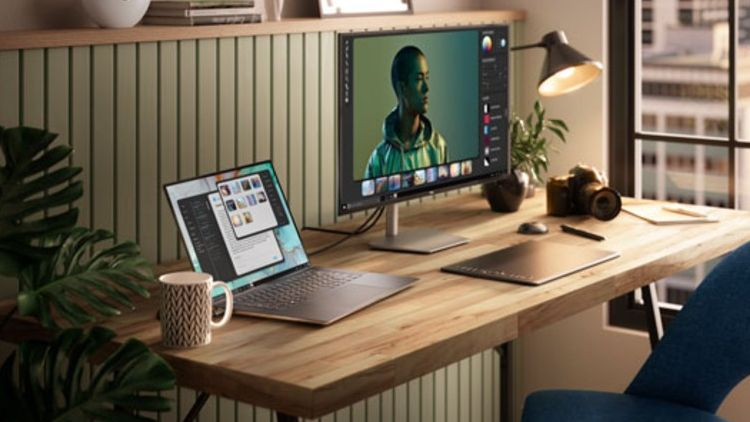 Overall, as the company’s presentation explains, the commercial sector and premium gaming systems inherited from the Alienware brand accounted for more than 80% of the product portfolio in quantitative terms last year. If the mass configurations of consumer PCs in the first quarter of this year showed a decrease in shipments by 8% year-on-year, then the commercial segment grew by the same percentage, and in the segment of premium gaming PCs, sales growth was 11%. At the same time, shipments of the so-called “Chromebooks” were reduced by 60%, but Dell’s business depended on them to a minimum extent. 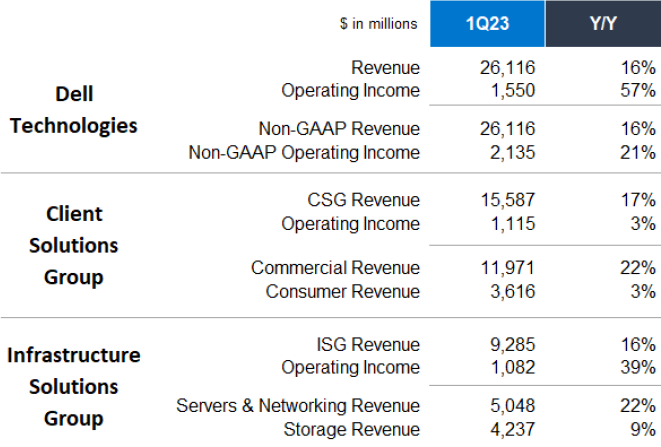 All this allowed the company to take about 25% of the commercial PC market by the first quarter of this year, although about ten years ago this figure did not exceed 17%. Dell’s total revenue rose 16% year-on-year to $26.1 billion, with the commercial sector accounting for just under half of that amount in the first quarter, at $11.97 billion (up 22%). Client solutions in general increased revenue of Dell by 17% to $15.6 billion. Revenue in a server segment grew by 22% to $5 billion, infrastructure solutions brought in the first quarter 16% more, than the previous year — $9.3 billion.

The operating profit of the company as a whole grew by 57% to $1.55 billion, updating the historical record. In the first quarter alone, Dell managed to increase its PC market share by 1.9 percentage points, the strongest gain among the top four manufacturers. In the server segment, financials have grown for the sixth consecutive quarter, also driven by demand from corporate clients.

Analysts predicted revenue of $25 billion, so the actual value exceeded their forecasts by one billion US dollars. After the close of trading, Dell’s stock price rose 9.7%. The shortage of components left Dell with a volume of orders that the company will have to fulfill until the end of the current quarter, at least. It is noteworthy that in the first quarter, the company’s financial performance had a favorable impact on lower prices for components, but in the second quarter, prices will go up under the pressure of inflation, as well as rising logistics costs. Demand for computers in the corporate sector remains high, but how successfully a company can satisfy it will largely depend on both the situation with the availability of components and geopolitical factors. The situation in the foreign exchange market will have a negative impact on Dell’s business both in the second quarter and throughout the current year, according to company management.

Update 1.7.2 for Mount & Blade 2: Bannerlord is out, with 7 new multiplayer maps