It’s still not that easy to get hold of one of the coveted PlayStation 5 consoles. While the current bottlenecks are likely to continue for a while, Sony already has plans to stop making first-party games for the PlayStation 4 within the next three years. This emerges from the company’s latest business briefing. The chart provided indicates that by 2025, 50 percent of Sony’s in-house titles will be available for the PlayStation 5. 30 percent may be enjoyed by gamers on PC, and the remaining 20 percent will be available for mobile devices. 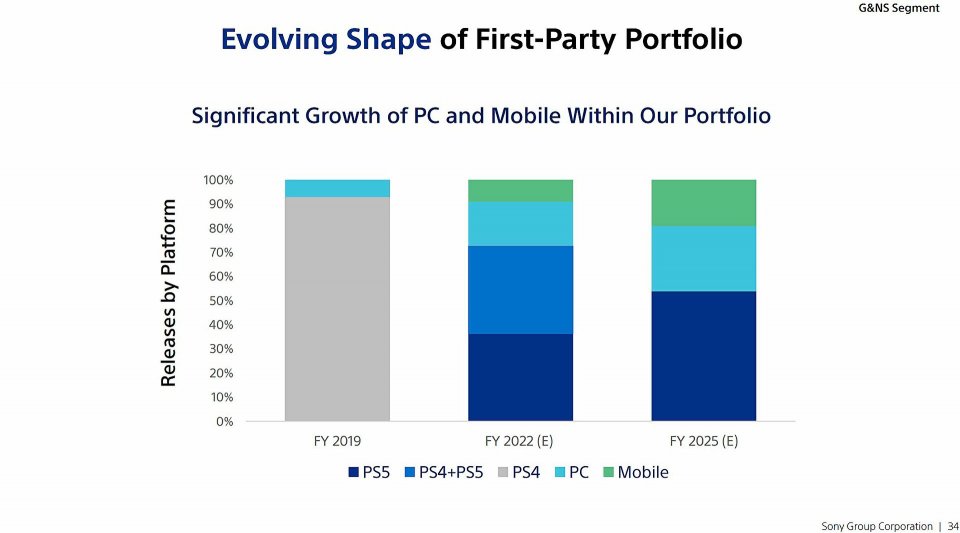 No more new games for PlayStation 4

Noticeably, the PlayStation 4 does not feature on the chart, suggesting that no new games will be released for the aging console at this point. What is interesting, however, is that Sony’s strategy has changed a bit over the last few years. For example, in fiscal 2019, 90 percent of the company’s first-party titles were available for PS4 and 10 percent for PC. So Sony would like to expand its platform variety a little over the next few years.

While Sony wanted to boost production of the PS4 due to the shortage of PlayStation 5 consoles, unfortunately its sales are currently at an all-time low. A number of games have also already announced that they intend to forgo a PlayStation 4 version entirely, including the forthcoming Gotham Knights. However, at the proud age of ten in November next year, the console has well earned its retirement.

PSN: Offer of the week with top deal – Sale extended to the Days of Play

In the course of the Days of Play 2022, almost 2,000 games have been reduced in price in the current PSN sale. Now comes the deal of the week.

As can also be seen from the briefing, Sony intends to rely significantly more on the PC in the future. The company has already released some blockbuster titles such as Horizon Zero Dawn and God of War on the platform, and recently we also got a leak that the quite popular title Returnal could also come to PC. One can only hope that Bloodborne will eventually give up its PlayStation exclusivity so that PC players can also enjoy the title.