PlayStation Store: 5 games to buy at a discount with Days of Play

The PlayStation Days of Play 2022 has begun, as every year Sony’s initiative returns to celebrate the community of players with a series of discounts on many products including PlayStation 5 accessories (such as DualSense controllers, in various colors) and obviously price cuts on hundreds of video games for PS4 and PS5. But how do you navigate the jungle of offers on PlayStation Store? Rest assured, we’ll take care of it by pointing out five games that you absolutely shouldn’t miss at a discounted price.

A very recent game, LEGO Star Wars The Skywalker Saga It was released last April with enormous success with audiences and critics and has led the European sales charts for over a month. The Skywalker Saga presents itself as the definitive LEGO Star Wars game thanks to the many levels to explore, to the huge variety of characters and situations that fans of the saga conceived by George Lucas will certainly not struggle to recognize. What might seem like a game for the youngest is actually an action platformer suitable for the whole family, regardless of age, and capable of offering an ever new and accessible challenge. A recommended game, obviously as long as you love Star Wars and LEGOs … but is there really anyone who doesn’t adore these two brands? To find out more, refer to the review of LEGO Star Wars The Skywalker Saga.

Also in this case we are talking about a rather recent game, released at the beginning of the year and received lukewarmly due to numerous bugs and some technical problems that partly ruined the launch of the new Techland project. However, the Polish studio continued to work hard in the following weeks and thanks to patches and hotfixes the situation has now much improved and Dying Light 2 Stay Human can begin to express its potential. Don’t expect a revolution, Stay Human is in fact a Dying Light to the nth degree, with some small stumbles on some aspects related to the balance and fluidity of the gameplay, we invite you to not be scared, even if it is not a perfect title, the sequel to Dying Light is a game that deserves to be valued and not forgotten. And there are many updates and DLCs (even free) already out and coming. The Dying Light 2 review is just a click away.

Not the best Crash Bandicoot ever but after turbulent years from a qualitative point of view, the peramele is back in great shape with It’s About Time, as the name suggests, a real sequel to Crash Bandicoot 3 Warped, released in 1998 on the first PlayStation console. 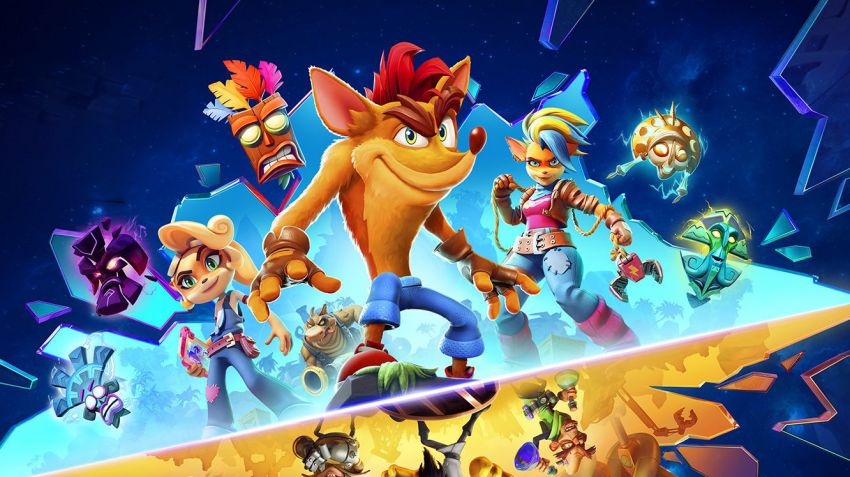 There is not much to say about Crash Bandicoot 4, it is a 3D platformer that incorporates the classic stylistic features of the series, there are Crash and Coco, Aku Aku and many bonuses to collect, as well as secrets to unlock, bosses to defeat and apples to to collect. It’s not the most innovative formula in recent years but it works … what more could you want from a Crash Bandicoot game? If you want to know more, we refer you to the Crash Bandicoot 4 review.

Great price for the Rockstar Games gameeven if it is not a very recent title (especially compared to the games we have reported above), RDR2 is still an absolute best seller and now costs just under 25 euros. An adventure in the old and dusty West in the company of charismatic heroes united against the evil villains, in a game that makes storytelling its strong point, together with the settings and solid gameplay, in addition, the possibility of accessing the multiplayer sector with Red Dead Online. For some time there has been talk of a possible patch for the PS5 of Red Dead Redemption 2, we do not know exactly if and when this update will come out, but in case, better be ready.

We close our shopping tips with Ratchet & Clank Rift Apart, one of the most acclaimed and sold PlayStation 5 exclusives of the past twelve months. The standard version costs just under 50 euros (49.59 euros) while the Digital Deluxe Edition is on offer at 60.29 euros, a good price for this edition that also includes five armor plates (Imperial Armor, Racer Armor, Android Armor, Armor from Rebel and Hacker Armor), a pack of stickers for photo mode, 20 units of Raritanium, soundtrack and digital artbook. If you have a PS5, Ratchet & Clank Rift Apart is a game to buy absolutely, especially at the price s