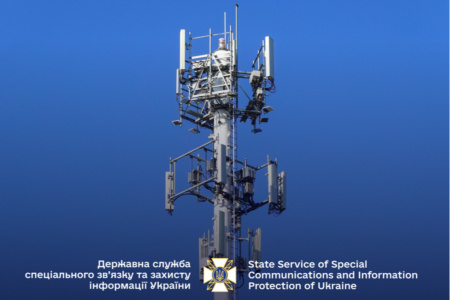 Since May 30, mobile communications and the Internet have completely disappeared in the Kherson region. The occupiers turned off the power to the equipment, disconnected the cables, etc. And, unfortunately, most likely, in the near future it will not be possible to restore the connection. About it reported in the State Special Communications Service.

“Currently, residents of the region are unable to make national and international calls using landlines. Unfortunately, in the near future it will most likely not be possible to restore communications in the region, since the relevant equipment is under the complete control of the occupation regime and the Russian military. This is not the first attempt to deprive Ukrainian citizens who find themselves in the temporarily occupied territories of the opportunity to contact their relatives, call an ambulance or rescuers, and receive truthful information about the course of the war and the situation in the country,” the publication says.

But there were reports of Russian propaganda being broadcast through the loudspeakers. And it is possible that in the future they will try to connect Ukrainian users to Russian Internet networks and mobile operators, completely controlled by hostile intelligence services.

At the same time, thanks to the rapid response of the lifecell emergency recovery group, the State Special Communications Service managed to resume the work of 26 base stations and improve communications in the Mykolaiv region as soon as possible.

Ukrtelecom specialists resumed operation of the Podolsk-Bershad main transmission line. Now subscribers in the city of Balta in the Odessa region, as well as in the cities of Pervomaisk, Yuzhnoukrainsk and Novy Bug in the Mykolaiv region can again use the company’s services. Also, the provision of IP services for subscribers of Bakhmut in the Donetsk region and services in some settlements of the Sumy region, which was lost as a result of an emergency power outage, were resumed.

How to use a VPN when logging in

Protection. It’s best to choose a VPN that has military-grade encryption (like AES-256), an assortment of security protocols (OpenVPN, L2TP, IKEv2, WireGuard, and more), DNS leak protection, TrustedServer technology that deletes all your data every time you restart and the function of automatic emergency shutdown (kill switch).

The number of concurrent active devices. The main thing is that you have enough.

Price. VPNs are free and paid. Paid ones may have a better level of protection, higher connection speed, support for more operating systems.

If you are using a free VPN

Check the reputation of the service in the search engine – whether there were any facts of leakage or sale of user data.
Do not use Russian VPNs, they can probably send data to Russian intelligence agencies.

Some VPN programs may unnecessarily request access to user data when downloaded. Those who ask should be alert:

To ensure a stable and secure connection, we recommend using paid VPN services. Be sure to download VPN service applications from official sites, respecting all licenses and recommendations of the provider.

Applications that the user does not install through official web resources may contain vulnerabilities that allow the user to be deanonymized.

How to use communications in the temporarily occupied territories

God of War on PlayStation Plus: there are those who complain about the excessive presence of the game

Made in Abyss: Binary Star Falling into Darkness Releases September 2, 2022